Collaborations with the likes of Drake, plus a warmly received album, put singer of fast track leading to Mod Club shows.

Sampha, the introspective, London-based electronic soul crooner who has two sold-out dates coming up at the Mod Club Feb. 12 and 13, is as surprised as anyone by his upward career trajectory.

“I never would have predicted that this would be how it would go, in terms of me collaborating so much,” said Sampha Sisay, 28, before the Feb. 3 release of his debut solo album, Process. 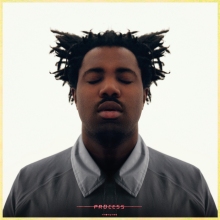 “Even those words being grouped with me and my name — ‘pop star’ — I don’t really think I’d be just using my real name as an artist and being known and liking it. When I was a teenager, I didn’t really think that this would be my path.”

While many may not yet be familiar with Sampha as a singer, songwriter and producer, much of his advance buzz has arrived courtesy of his memorable guest stints on other projects.

It’s an enviable list of heavy hitters: a fairly lengthy partnership with U.K. post-dubstep ace SBTRKT that began in 2010; soulful vocal appearances on songs by Drake (“Too Much”), Beyoncé (an uncredited turn on “Mine”), her younger sister Solange Knowles (“Don’t Touch My Hair”), Frank Ocean (“Alabama”) and Kanye West (“Saint Pablo”).

Their associations have paid dividends for Sampha, just not in the way some might expect.

“Initially, I think it helped open up more people to my music,” says Sisay, who will be accompanied by a three-piece band for his Toronto shows. “But my friends are thinking, ‘Wow, you must be rolling in it,’ or that everybody knows me now. I can still walk out the front door and get by without anyone really saying much. There hasn’t been a hit No. 1 record or anything like that.

“But it definitely helps with a lot more people hearing of me. I guess it’s helped with other opportunities coming my way, to work with other people and maybe get an extra gig.”

Those opportunities are on hold for the moment thanks to Sampha’s quick-selling world tour and the fresh and inventive Process, which has been receiving enough critical praise to put it on the radar for Britain’s Mercury Prize.

After spending a few years in SBTRKT’s band and issuing a couple of largely instrumental EPs — 2010’s Sundanza and 2013’s Dual — Sisay finally felt the time was right to strike out on his own.

“I felt like I was finally ready to face everything that I thought comes along with an album because, beforehand, I guess I was a little bit nervous,” he says. “I felt like I was maybe naive about the workings of the music industry.”

The album is a reflective, poignant 10-song effort that merges electronics, polyrhythms and acoustics behind Sisay’s multi-octave vocal range, examining much of the emotional turmoil Sampha suffered while making the album, complicated by the death of his mother Binty from cancer when he was halfway through the sessions.

Although there are several songs that are representative of the ordeal, the piano-driven “(No One Knows Me) Like the Piano” is perhaps the most tender: a commentary on music as an expressive outlet when you need it most.

“It’s a tribute to music, mostly instrumental and to my mother,” says Sisay. “I very much create moods around music. It’s definitely about what I was going through.”

It’s also his emergence as a singer, thanks to producer Rodaidh McDonald.

“He pushed me to bring my vocals up more in the mix and he egged me on to be more comfortable with my voice.”

His next challenge is to transfer that comfort onto the stage in front of a live audience.

Oh and the Drake connection? That hearkens back to Sampha’s SBTRKT days: Drake was featured on the 2011 track “Wildfire.” The two stayed in touch and Drizzy invited the singer to Toronto in 2013 for three days of sessions.

“It was cool,” Sisay recalls. “Although there was something weird in terms of seeing Drake writing and recording in the flesh. He’s a genuinely talented guy who always appreciates things, even when you don’t see it. But both him and 40 (Noah “40” Shebib, Drake’s producer) were both pretty nice. We had good chats.”

Be the first to comment on "Soul stardom surprises Sampha"