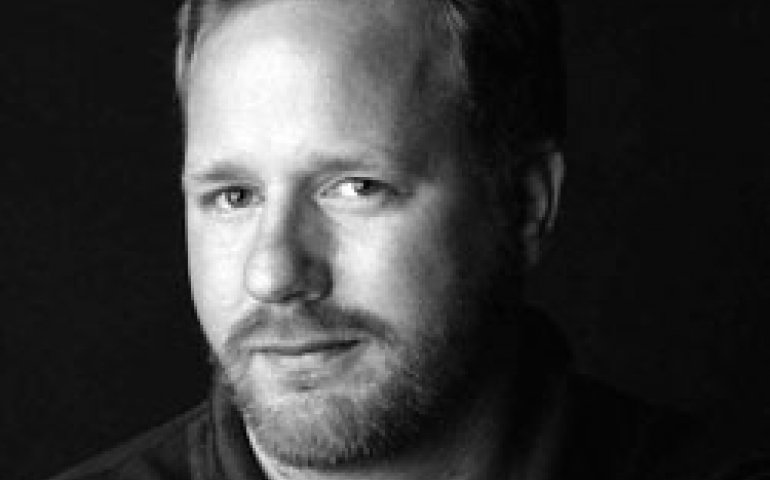 If there’s an umbrella group of Canadian record companies that embody the definition of diversification, it just might be the Waterdown, Ontario-based Linus Group of Associates Companies.

The recent opening of the True North Gallery: The Music Gallery of Fine Art and its foray into musician-based fine art is just the latest seemingly left-turn venture for the organization, co-owned by Geoff and Brooke Kulawick, which includes the labels Linus Entertainment, True North Records, Solid Gold Records, The Children’s Group, Divergent and Spring Hill Records, as well as the Independent Digital Licensing Agency (IDLA.)

There is one more venture to be launched: The Historic Waterdown Summer Music Festival, to be held August 20 and 21 and featuring Quartette, Jimmy Rankin, Fred Penner, the Lori Cullen Trio and a conversation with Graham Nash at the gallery, and then Kulawick considers his plate will be full.

“I think that’s enough,” he laughs during an office visit by FYIMusicNews. “We’re at capacity now for sure in terms of what we can take on.

“I don’t want to drop the ball on any of the artist, label, marketing and distribution side, and I think the festival and the gallery sort of work hand-in-hand, in terms of advancing the artists who are both musical and visual.”

The fact that there is a gallery and a small music festival reveals just how, over the years, president and CEO Geoff Kulawick has married both tradition and innovation to position the company to where he says 2015 “was our best year ever in terms of top-line revenues.”

Most strategies have worked, and some occasionally haven’t, but risk is normal fare in the entrepreneurial world.

The label ownership chapter of Kulawick’s career began in 2001, when after a few decades of learning the ropes as tour manager, promotion rep, publisher and head of A&R with companies ranging from A&M Records and Virgin Music Canada to Warner-Chappell Music Canada, he launched the boutique label Linus Entertainment.

“‘I started in 2001 with Linus and Ron Sexsmith was my first signing,” recalls Kulawick, who also counts legends Gordon Lightfoot and Randy Bachman(Heavy Blues) as part of the label, as well as MacMaster & Leahy (Natalie MacMaster and Donnell Leahy), the Canadian Brass, Elizabeth Shepherd, Downchild, Sophie Milman, Quartetto Gelato, Lunch at Allen’s and The Nylons.

In 2007, Kulawick partnered with Harvey Glatt and Michael Pilon to purchase True North Records from Bernie Finkelstein and with it an attractive catalogue from Bruce Cockburn, Murray McLauchlan, Rough Trade and others, as well as a network of distributed labels that included U.K.-based Cooking Vinyl.

Kulawick, 52, further expanded his business in 2009 with the purchase of The Children’s Group from Susan and Michael Hammond (home of the popular Beethoven Lives Upstairs series of recordings) and in 2012 purchased the Neill-Dixon-and-Steve-Propas-founded Solid Gold Records from the estates of Propas and lawyer Ed Glinert, co-owner at the time, thereby accumulating classic catalogue albums by Chilliwack, Toronto, the Headpins and the Pukka Orchestra among others.

Divergent is a label brand reserved for alternative artists that fall outside the definition of a Linus or True North artist, and there’s the company’s first purchase of a label located outside Canada: Colorado-based Spring Hill Records, which specializes in music for relaxation, chant, new age and Native American repertoire.

“Spring Hill specializes in music for relaxation and healing and meditation, which is a genre that performs really well on streaming services,” Kulawick explains. “If you look at Spotify’s front page, you’ll see the music for study and music for relaxation is right up there in popularity, because people are adding that as a soundtrack for whatever their lifestyle choice is.”

It doesn’t end there: Kulawick also administers and distributes Vancouver’s Mushroom Records (Heart, Doucette) and Toronto’s Borealis (Stan Rogers, Michael Jerome Browne) and then there’s the IDLA – initially founded as a joint venture with Justin Time, Nettwerk, Distort, Borealis and 15 other independent labels to help break into the digital distribution market and such retailers such as ITunes, but now including worldwide digital distribution of the Linus Associates labels and more than 50 third-party labels.

“IDLA works directly with all legitimate digital services globally, and over 200 direct physical accounts, and partners with independent physical distributors for specific accounts in North America with eOne, Proper in the UK, Evolution in Asia, Alive in Germany, IRD in Italy, Bertus in rest of Europe, Planet MGM in Australia and New Zealand.

“At no point in our distribution network do we work through a major,” Kulawick notes, adding that his company now holds the majority interest in the organization.

Distribution of physical product of the Linus Group of Associates Companies’ labels is handled in North America by eOne.

Aside from his entrepreneurial skills, Kulawick credits the success of his venture to “a few factors,” including tax credits.

“One is the funding that exists for independent labels,” he explains. “That has been a huge factor in our ability to grow. One of the reasons I started the label was because I was looking at the landscape of available funding to mitigate the risk. At the time, the Ontario Sound Recording Tax Credit had been recently launched and that was extremely helpful in getting our business off the ground.”

He also describes FACTOR and the Canadian Music Fund and the Canadian broadcasting undertakings for Canadian talent development via FACTOR and Radio Starmaker as “really important pillars that allow us to sign artists, market their music, invest it in their recordings and take them into market.”

“We’ve also moved into digital distribution and built those direct relationships,” Kulawick explains. “Right now we administer over 2000 Canadian artist recordings either as a distributor on the label side, through ownership or through licensing. The fact that we have a broad catalogue means we’re not reliant on the success of new releases to pay the bills.

“During the times when nobody can bat .1000, and during those times when we’re batting under .200, it’s the catalogue that allows us to keep our staff and our contractors working, and not suffer financially if we don’t have a new release winner.

“And when we do have a new release winner like a Matt Andersen or a Buffy Sainte-Marie or a Randy Bachman, then it’s great and helps us be more profitable.”

As with any business, there are cases of trial and error, and an experiment that didn’t work was the company’s dabbling in agency waters between 2007 and 2010.

“We dabbled in the booking agency business a few years ago and we’ve since gotten out of it,” Kulawick concedes. “It’s a very tough business, and we really started it because we had a lot of artists that we were investing in where the booking agent was a missing piece.

“We were investing in their recordings and trying to develop them as artists, but they didn’t have an agent out there on the ground, trying to get them into shows. For emerging artists, there’s no real business for a booking agent. You can’t really make money commissioning on a deal and trying to collect from your client.

“Since then, we’ve signed fewer and fewer emerging artists. We’re signing more established artists now. We like working with great artist managers and great booking agents and we feel that not being in the artist management and booking agency business makes us perhaps a more attractive partner with the artists.”

The company has also never expanded into such merchandising ventures as t-shirts or caps.

And Kulawick also says the company’s recent expansion into curating the upcoming Historic Waterdown Summer Music Festival shouldn’t be construed as their entrance into the concert business.

“We started a non-profit here because we bought this building,” he explains. “Now that we’re property owners, there is a compelling reason to be in the event business around the property.

“I’m not interested into getting into the festival business in a giant field somewhere and competing with the Live Nations and those guys.  But I am interested in drawing people and arts and culture in to the area where we own property – and creating our event around our property and our gallery business that’s related to music. There’s a business case for that – increasing property values around the building.”

Speaking of property, one would think the current location of the Linus Group of Associates Companies headquarters, with its staff of 12 (six full-time, six contractors) nestled comfortably in the Hamilton alcove of Waterdown, Ontario, might be prohibitive for business in terms of its proximity from Toronto, where Linus began its operations before steadily moving west – first to Burlington, and now the Griffin Building.

But Kulawick is more than happy about the location, considering he finds himself comfortably creating his own musical niche with his numerous label interests.

“I think that maybe the hipper labels in downtown Toronto find it an advantage in terms of signing artists and being able to meet an artist at a show at Lee’s Palace at 2 a.m., but we’re not really in that business,” he explains. “We’re not trying to be alternative rock or super indie. Our core business is folk, jazz and singer-songwriter: If I was trying to be a hip indie label trying to sign those artists, it would probably be a disadvantage not being downtown.

“But the kind of music we’re more interested in, I don’t see it as a disadvantage being out here at all. You won’t find me crawling around at Lee’s Palace or after-hours clubs at 2 a.m. anymore. I’m too old for that.”

The True North Gallery: The Music Gallery of Fine Art is the company’s latest launch, and Kulawick is hopeful it’s going to turn into a healthy business.

“That’s our newest thing,” said Kulawick. “We sold five pieces at our opening and so far the Gallery has gotten great reaction, great interest and we’re going to start marketing it now.

“We think that the market is people who are big music fans, including people in the music business, and our marketing tag is, ‘What’s on your wall?’

“So I’m excited. Our future business plan is if it’s related to the music experience, we want to explore that business opportunity. This was something I don’t think anybody else is doing, so we’re going to take a run at it.”

For the moment, however, Kulawick says the company is deriving most of their revenues from “the labels with catalogue” that are “driving the business” where “we can leverage the most and make the most contribution, margin and profit.”

They’re also focusing on positioning themselves as “being a global label for the artists that we sign, and the labels that we distribute.”

While receiving continued support from several government initiatives including the Canada Music Fund, MuchFACT and the Ontario Media Development Corporation, Kulawick laments the loss of the Ontario Sound Recording Tax Credit that’s being phased out next month.

“Now we’re the only cultural business without a tax credit that was based on activity and not the subjective view of business plans like the Ontario Music Fund is,” Kulawick states. “The fund is problematic in that it funds our foreign competitors: Universal Music, Sony Music and Warner Music, who are directly competing with us and getting 10 times the funding that we are as a Canadian company.

“I had to get that off my chest,” he laughs.