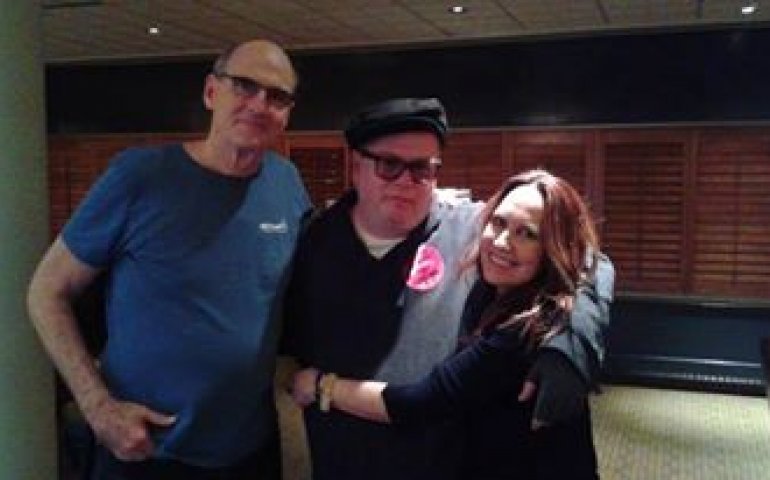 When it comes to funding and recording his next album, John Cody is facing an ultimate deadline.

As of press time, the 52-year-old Montréal-based singer and songwriter had raised $3,455. of his $15,000 goal via the crowdfunding site You Caring..

If he reaches that number by Sunday, he’ll head to Toronto to begin recording with guitarist and producer Bill Bell on June 5 and complete his vocals on June 18.

Then, on July 20, Cody – who has suffered a series of serious health issues since 2013 – will undergo a laryngectomy and lose his voice forever.

“I’m pushing this (operation) further than (the doctors) wanted to do it,” Cody explains. “They wanted to do it on June 10, and I said that I’ve got to at least try and make some of my own music here. They gave me three-months maximum, and that was at the beginning of May. I’m really up against a wall here.”

The pending loss of his larynx is the latest health setback for Cody, who has undergone five colonic polypectomies in the past three years and is also scheduled for an umbilical hernia procedure later in 2016, all related to colon cancer.

While he’s still fighting the good fight regarding his cancer, his larynx is a lost cause.

“I’ve had six opinions now, including talking to some doctors in the States,” says Cody, who lived in Los Angeles for 21 years until he was forced to return to Canada 18 months ago, due to health issues.

“I have a picture of my larynx, so when I sent it to several doctors, they all came to the same conclusion. This has been on the books for more than half-a-year. There’s nothing else than can be done.”

Because Cody is currently on disability with no other source of income, the $15,000 funding is necessary. Once the album is complete, veteran music and publishing consultant Frank Davies will work to broker both a record and a publishing deal for the 12-song album’s release.

“Despite all the shit that’s going down, I’m really excited about this new record. I think it’s going to be my best one,” says Cody. “Because I’m in control of it. I’m not going to be with a label until it’s finished.”

Cody, who describes his music as “pretty songs that are horror stories,” says he has an impressive list of guests who, thanks to today’s technology, will be contributing to the album from numerous locations ranging from Italy to Canton, Ohio.

“I want this to kind of be a retrospective in terms of all the musicians I’ve worked with over the past 30 years,” he says. “Perla Batalla from Leonard Cohen’s band; Katie Markowitz from James Taylor’s band; Joachim Cooder, who is Ry Cooder’s son; Jennifer Warnes is on a track; Lynn Miles and Rebecca Campbell, Jim Cox and Greg Leisz, Don Dixon and Marti Jones – they’re all going to be on it.

”And Kamasi Washington, too – who plays with Kendrick Lamar.”

Cody first fell ill in L.A. back in 2013, and says it didn’t take too long to be diagnosed.

“About three years ago. I was sick before that and I knew something was wrong,” he admits. “There’s so much colon cancer in my family: My father has it. My grandmother died of it. My great grandfather died of it. I’m in the process of genetic testing, because this motherfucker doesn’t seem to want to skip a generation.”

Cancer hasn’t been the only malady he’s had to deal with.

“I’ve had severe auto-immune degenerative disease, Gilbert’s disease, cancer in my larynx, and now my neurologist is thinking neurological damage,” he says. “It’s hard to keep up.”

But he is determined to record the album, and despite the pending loss of his voice, determined to continue to make music in the future, though he won’t be able to sing.

“I’m planning on ways to communicate without my voice,” he explains. “I also made the doctor promise they won’t do a percutaneous tracheotomy, because I don’t want that hole in my throat and I can still play harmonica if I don’t have it.

“In terms of playing music, I’ll still be able to make a sound with a reed instrument. I could play sax, so in that regard I’ll still have a voice. Not the same thing, but…”

But he also admits he could feel different following the operation.

“I want to, but to be honest, I have no idea how I’m going to feel once I have the operation. I may not want to again. I don’t know.

“But to remain optimistic, which I think is very important, I’d have to imagine that I would continue to make music on some level.”

Cody already recorded a handful of tracks for the album with Blake Manning back in Toronto in October, and hopes to complete another seven over the next few weeks.

One of the positive aspects of the YouCaring site is that, unlike most other crowdfunding sites, the amount raised is not withheld or refunded if someone doesn’t reach their goal.

Cody says that even with the cards he’s been dealt, the last thing he wants is sympathy.

‘I don’t want people feeling sorry for me,” he says. “I’m happy, in spite of everything. I still have a sense of humour and I laugh every day. And maybe I’m turning into an old lady, because I’m getting a lot of joy out of my cat Root Beer.

John Cody says his only desire is to make the music sound authentic, “normal, natural – accurate overviews of my songwriting and instrumentation.”

Although the album will be predominantly Cody originals, he is planning to include at least one cover.

“I want to do the Bob Dylan song ‘The Groom’s Still Waiting At The  Altar,’ as a kind of apocalyptic, blistering 12-bar blues and I aim to sing the shit out of it,” he declares. “That’s going to be the last thing I sing. There’s going to be no more elasticity (in my voice) after that.”

**Please note – there is another artist named John Cody who released an album called The Morality of Altitude. It is easy to confuse these two, even as they are quite separate and distinct.