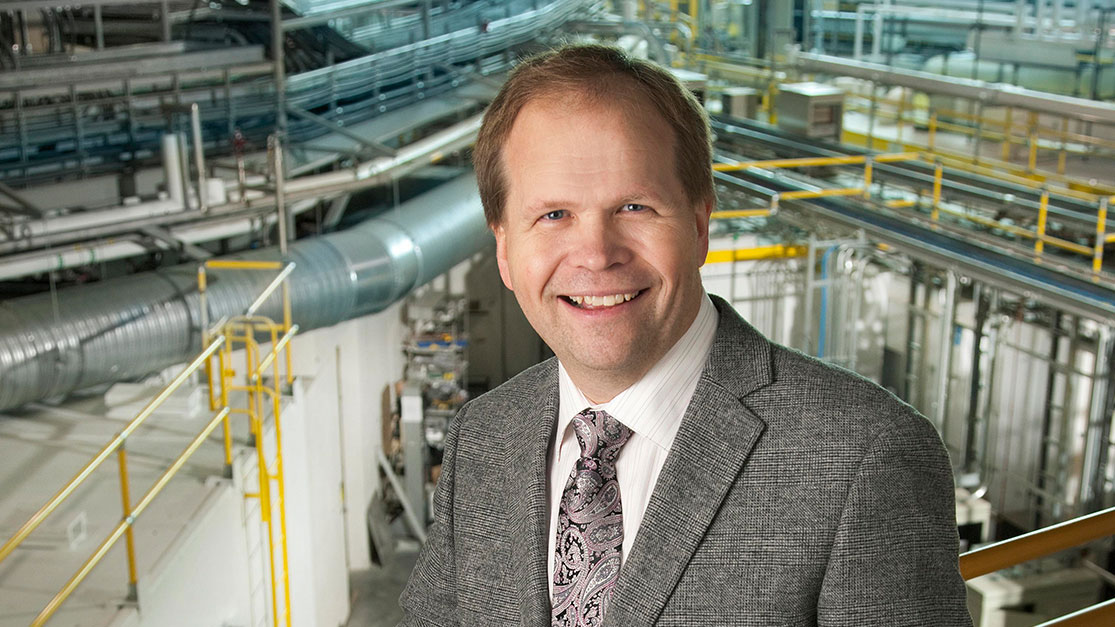 As published in the Globe And Mail.

Two years ago, when Mike Costello needed spectral analysis to test a gear oil additive on a used automotive part for its effectiveness, there was only one enterprise capable of giving him results: the Canadian Light Source (CLS) in Saskatoon, a national research facility used by scientists from around the world in ground-breaking health, environmental, materials, and agricultural research.

Citing the CLS’s expertise in lubricant chemistry, Dr. Costello, technical lead of manual transmission fluids for chemical production giant BASF, explains why CLS’s specialty in the field of synchrotron science was exceptional and a perfect fit for analyzing the films deposited by gear oil additives on worn metal surfaces.

“It’s very specific to the element that you’re looking for and to the type of radiation that is needed to see that particular element,” Dr. Costello expounds from his office in Tarrytown, New York. “There are only a couple of synchrotrons in the world that do that, and CLS has previously tested metal parts with lubricant additive deposits, so they have a lot of expertise in looking for the right chemical species on the surface of metal parts. There isn’t any other synchrotron that’s actually ever done that. [At CLS] they’re already sort of pretrained.”

Collaborating with the CLS “sped up the process 10 times” and “saved several years of effort compared to other labs with similar equipment,” says Dr. Costello. “As soon as I sent them the samples, they knew exactly what I needed, how to run the tests, and how to interpret the results. They just hit the ground running and it was fantastic.”

Dr. Costello’s story is not just unique to the chemical production industry.  Since it began operations in 2005, the CLS has used a combination of synchrotron light and scientific expertise to benefit widely diverse sectors and disciplines, ranging from agriculture, mining and aerospace to energy storage and medicine.

“We touch on so many different industry sectors that it’s phenomenal where we actually have benefit,” notes Jeffrey Cutler, the Canadian Light Source’s chief industrial science officer.

He doesn’t mince words when expressing his organization’s global impact or how much it has raised the profile of its home province. “The CLS put Saskatchewan on the global scientific map.”

Employing 220 people and housed in a football-field-sized hangar-shaped headquarters in Saskatoon, the CLS has been responsible for a number of innovations since its 2005 opening, including a series of processes that creates molybdenum-99 (Mo-99).

“That’s the medical isotope you’d get at Chalk River or some of the other research reactors that has a huge relevance to medical imaging applications,” Dr. Cutler explains. “We’ve actually spun it off as a company called Canadian Isotope Innovations and they’re looking to stream Mo-99 into the marketplace as a product.”

The most recent economic impact studies conducted between 2009 and 2011 reveal that the CLS adds $45-million yearly to Canada’s GDP.

The only research facility of its kind in Canada, running 24 hours, six days a week, the CLS is a particle accelerator using 16 synchrotron light experimental stations, or beamlines, which Dr. Cutler describes as “the light at the bottom of a microscope.”

“Synchrotron light is really a probe, or a source of light, to look at how things are put together,” explains Dr. Cutler, who conducted his first synchrotron experiments in 1986. “It’s a very bright source of light, and the brighter the light you have, the smaller the things you can look at. You can push down detection limits, so you can look at things in smaller quantities, and this very bright light can be used to zero right in and help understand the fundamentals of the material or the system – the macroscopic property – or how they behave.

“You can apply this to myriad industry sectors or research areas, using the same type of light but using different colours, different beam sizes, whatever the case may be.”

The synchrotron light is funneled through a tube. “It’s a pipe where you put an electron beam in or a charge-particle beam, and have them go through a series of magnets, so it’s an accelerator,” he says. “It’s a very small tube that goes through a series of magnets. At any time that beam of charged particles, or electrons – in this case, it goes through a magnet, [the particles are] prompted to change direction. When they change direction they give off the light the researchers want to use.”

It’s a light source that academic as well as industrial researchers are lining up for, notes Dr. Cutler, who says the facility can’t keep up with demand. “At many levels, it’s an oversubscribed facility,” he concedes, adding that construction of six more beamlines is currently underway, with completion scheduled by 2018.

Partially funded by the Saskatchewan government and other stakeholders, such as the Canada Foundation for Innovation, the CLS is “picking areas of pre-eminence, areas where we can really deal with major issues in Canada – agriculture/food security, health, clean technologies, environment and also what we loosely call ‘advanced materials,’ ” says Dr. Cutler.

“We’re trying to keep Canada at the leading edge of innovation and really help Canadian companies and academics show that we’re creating technology, we’re exporting it and we’re creating new knowledge that has importance across the globe. The CLS has a role to play at a national and international level.”