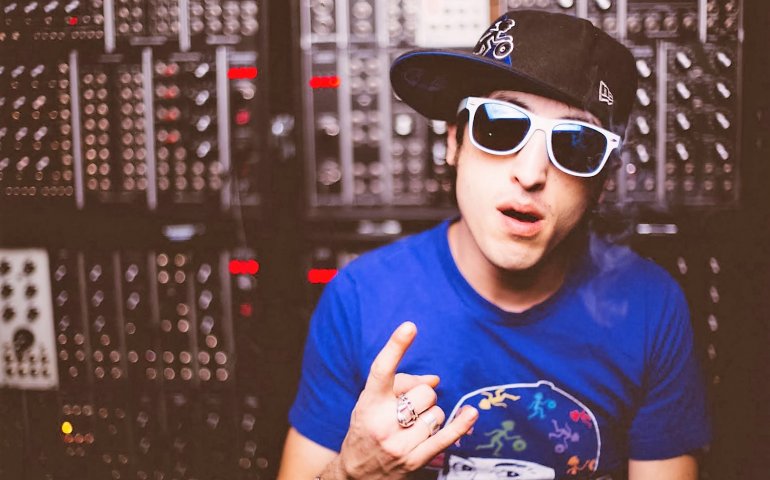 The U.K. studio scene has a relatively new player in the game, as the buzz surrounding Play Deep continues to grow.

Established a little over a year ago, Play Deep “Mark II,” as co-owner and president Zach “Spydabrown” Brown-Smith calls it, is a three-storey, three-room state-of-the-art recording studio located in the posh King’s Cross neighbourhood in London that has been home to the Spice Girls, Sarah Ferguson, producer Jonny Coffer and rapper Tinie Tempah, Canada’s Keiza, Swedish House Mafia, and Popcaan.

“We’re a competitor and we’re coming out with a big, loud shout,” says Brown-Smith, son of Play Deep’s other Canadian co-owner, Melleny Melody.

“I’ve always had a British passport, so it always made coming over really simple. In 2009 on a trip, we stopped in here and I decided to stick around. One thing led to another and I ended up renting a small space, divided a few rooms and started to lay the groundwork for what we’ve got now, not realizing it at the time, of course.

“Most of the productions we do, most of the producers we work with, most of the music we sell, it generates a lot of revenue over here anyways. It just made sense to me. We’re seeing the same people over and over again in Amsterdam – all people based in London all the time – so maybe I should just stay in London for awhile and check it out.

“I ended up with a little space and we did that for a few years,”

In 2012, Brown-Smith decided “we didn’t want to rent anymore and we were going to look for somewhere a little more permanent, 10-15 years minimum.”

Open a little more than a year, the studio carries more than two years of sweat equity: when Brown-Smith found the 4500 sq. ft. building and purchased it, he personally gutted and repaired it before assembling all the pieces.

“As far as I was concerned, ‘Mark II’ was going to be ‘spare no expense,'” states Brown-Smith. “I wanted to fix every leak, every possible weak point in the structure. At the end of the day, the facility itself is as much a high end studio itself as it is a hotel with concierge service. The clients that we get, they want everything and anything from unique, esoteric pieces of vintage equipment that we either have or need to get in, and/or special meals from some restaurant of their particular choosing. We are of the mindset of, ‘whatever you want, we will provide.’ Because it’s a service industry.”

And although he refused to put a price tag on it, Brown-Smith says the business often balances out with the Play Records label.

“It’s a lifelong investment. The money we’ve made and generate from the label is pushed back into the studio, and when we have good times in the studio and the label isn’t doing so much, we do the opposite. It’s sort of an international mini-conglomerate, ” he laughs.

Brown-Smith, who occupies the top two floors of the building with a 50,000-strong record collection, got his start in Toronto at Great Big Music, according to his mom, Melleny Melody, a.k.a. Melleefresh.

“Zach used to work for Great Big Music here in Canada with Tim Thorney, Brent Barkman and Carl Lenox,” said Melody. “They were doing mainly jingles and occasionally stuff with Alanis Morissette. Zach also worked with Brad Nelson at Great Big Music, and Brad mentored him, teaching him everything to know about engineering.”

Part of that apprenticeship was ensuring that all the equipment offered to clients is working equipment – especially in the case of Brown-Smith’s own baby, Play Deep.

“I wanted to be able to say yes at any time, including any piece of equipment at any time. Anything that’s listed is there and does work,” says Brown-Smith. “If I’ve installed it, then it works because it’s got my reputation on it. It has to work because people don’t give you a second chance.”

While Play Deep is currently consuming most of his waking hours, Brown-Smith has further aspirations as a DJ/performer and talent wrangler.

Right now, Brown-Smith says he’s searching for that one act that will be “the next Deadmau5.”

“I’m living in a studio where I’m always meeting people,” says Brown-Smith. “It’s only a matter of time.”