Mayer held an audience at the Air Canada Centre spellbound Monday night with a set that journeyed through his catalogue, with a surprise visit from Pickering’s Shawn Mendes.

Fans searching for the perfect John Mayer concert may have come close to finding their slice of heaven at the Air Canada Centre Monday night.

For nearly two and a half hours, Connecticut’s favourite son held the estimated 17,000 in attendance spellbound with a 19-song set that showed off his versatility as a musician, stylist and vocalist, not to mention the virtuosity he seems to effortlessly execute as a guitarist. 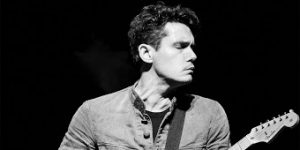 Having the crowd in the palm of your hand only accentuates the positive, and there were a few numbers — notably “Heartbreak Warfare,” “Daughters” and “Gravity” — where audience members couldn’t help but sing along, as if it were ingrained in their DNA to take up verse and chorus upon hearing the first few introductory notes of a certain song, without any prompting from Mayer himself.

The program was designed to include three formats that Mayer has mastered: the seven-piece band; solo acoustic; and his trio, anchored around the formidable rhythm section of bass player Pino Palladino (introduced to these shores on Paul Young’s No Parlez and “Wherever I Lay My Hat” back in the early ’80s) and drummer Steve Jordan (Rolling Stones, X-Pensive Winos).

Each “chapter,” as he identified them via a giant video screen behind him and the band, obviously satisfies an aspect of Mayer’s artistry, and perhaps the most significant takeaway of his performance is how seamlessly and authentically he adapts to each configuration.

For example, the first couple of numbers — “Belief,” from 2006’s Continuum and 2009’s “Heartbreak Warfare,” from Battle Studies — set up a soulful R&B vibe, enlivened by the full band and enhanced by Mayer’s velvety vocals. Of course, both numbers enjoyed a resplendent six-string workout from Mayer’s agile fingers, often flailing up and down the frets as the musician closed his eyes and settled into the groove.

Later in the program, after offering the tender, somewhat wistful balladry of his hit “Daughters” on solo acoustic, he invited a surprise guest — a beaming Shawn Mendes, fresh off winning a Juno Award in Ottawa the night before — to join him for a duo guitar medley of Mendes’ hit “Mercy” coupled with Mayer’s “In Your Atmosphere.”

And then Mayer brought out Jordan and Palladino for a few tunes where he exercised his inner Hendrix, including the late Seattle wunderkind’s “Wait Until Tomorrow” and an aggressive take on Robert Johnson’s “Crossroads,” accounting for the majority of the adrenalin that had taken a back seat in the show up to this point.

As a host, Mayer seemed all business at first but quickly embraced his charm and abandoned his guitar during “Moving On and Getting Over” to break into “dancing any way I want to dance,” he told the audience, explaining he enjoyed the song’s hook so much that he wanted to repeat and extend it, and stump any critics reviewing the concert.

This seemed to be impromptu rather than rehearsed: something you can pull off when you have monster players that are chameleons in their own right, able to react at the drop of a hat whenever spontaneity calls for it.

Aside from the few covers, the seven-time Grammy winner scattered his material through his eight-album catalogue, offering great pop renditions of “Why Georgia” and “Neon,” supplemented by the singer’s appealing falsetto. Newer R&B-tinged material followed, milking the songs’ funkiness whenever possible: “Love on the Weekend” and “Still Feel Like Your Man” from the first two “waves” of his latest The Search For Everything; the third “wave,” completing the album, will be out April 14.

If there was a minor drawback to the night’s proceedings, it’s that a few of his prominent hits were MIA, although Mayer will probably shuffle the deck and throw them into the mix when he returns to the Budweiser Stage on Aug. 29 to entertain the Toronto masses.

Overall, though, Mayer catered to every palate within his creative wheelhouse, proving that not only is he a Jack-of-all-trades but a master of them as well. You can’t ask for more than that.

Be the first to comment on "John Mayer brings authenticity, versatility to Toronto"