Celebrated kids’ entertainer recruited a lot of well-known grown-up musicians for the easygoing creation of his new album.

The cat is back — and he’s brought along some cool friends.

At 70, beloved children’s entertainer Fred Penner, best known perhaps for his 1979 gem “The Cat Came Back” and his memorable Fred Penner’s Place TV series, has returned with album No. 13, Hear The Music, which he’ll debut at the Lula Lounge this Sunday at 2 p.m. 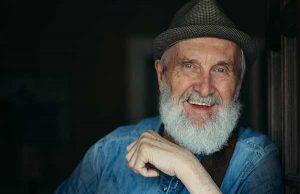 But there’s an intriguing twist: Penner has packed the 14-song album with a younger generation of impressive friends: Ron Sexsmith, Afie “Bahamas” Jurvanen, Basia Bulat, The Good Lovelies, Terra Lightfoot, and Alex Cuba, along with the more veteran Jackie Richardson.

The topics are typically Fred: short, snappy songs like “Working Together,” “Hold Your Head Up” and “Celebrate Being” emphasize acceptance, humility, collaboration and other optimistic aspects of life in a generally pleasant and encouraging folk-and-pop driven atmosphere.

“It’s sort of going back to roots a little bit for me,” said the Winnipeg-born Penner earlier this week from Toronto. “I am from the ’60s and the folk generation and the tunes aren’t overproduced, I don’t think.

“My messages over the years have been pretty consistent over the years from the beginning, from the original recording in ‘79 with ‘The Cat Came Back.’ It’s talking about family, about communication, about positive energy.”

The three-time Juno Award winner said the concept to incorporate high-profile guests into the album mix occurred some time ago.

“It’s been a concept that we’ve been playing around with for a number of years,” Penner admits. “We started doing some discussion with Hawksley Workman back probably five, six years ago, and through my agent, Paquin Entertainment. When I played festivals across the country, I’d meet people like Serena Ryder and Terra Lightfoot and Dan Mangan and we’d get into a conversation. In the back of my mind, I’d think, ‘wouldn’t it be neat to do a project with some of these people?’ ”

Penner and producer Ken Whiteley — who has worked with the singer-songwriter since the 1980s and a veteran producer of more than 135 children’s music recordings — set the ball rolling last summer.

Alas, Workman, Ryder and another pal, Blue Rodeo’s Jim Cuddy, aren’t on the album, but Penner says he suffered from an embarrassment of riches. “At some point you have to stop and say, ‘let’s create this project and look at some of the guests for future work.”

Two guests that did make the cut — Ron Sexsmith adds his mellifluous harmonies to “This Is My World” and “The River Will Bend,” while Bahamas’ Afie Jurvanen contributes vocals to the latter as well as “Working Together” — report that the sessions were almost effortless.

“I know Ken Whiteley, his producer, and I guess my name came up,” says Jurvanen. “I rode my bike to the studio. I played guitar on one track, sang on another. It was so easy. They’ve made a lot of recordings together and they’re confident in what they’re doing, so that’s very good energy to be around.”

Sexsmith concurs: “It took maybe a half an hour; it was really easy, and then Fred and I went and had breakfast, which was probably the best part. I love breakfast and it was great hanging out with him and talking.”

Penner’s gift for human connection, and using music to amplify and promote it, found a wider audience when, following a performance in Winnipeg with his first wife, a dancer and choreographer, he was approached by a doctor who suggested he make an album and gave him a blank cheque to do so.

His first album, The Cat Came Back, was recorded and pressed for $8,000, and “within six months I had paid him back,” Penner notes. Then came a fateful meeting with Raffi, Canada’s first superstar children’s entertainer, who signed him to his Troubadour Records label.

When Penner’s four-album contract concluded, he received “an out-of-the-blue call” from the CBC giving him carte blanche to create and produce his own series. Fred Penner’s Place aired from 1985 to 1997.

“It aired in every corner, from the small Inuit communities in the North and coast to coast,” Penner recalls. “I was up in Rankin Inlet just a few weeks ago, and there’s folks up there who are asking for photo-ops and autographs because they still remember what that was back in their childhood. So that foundation of almost 1,000 episodes over 13 years is a key to my continued visibility, I think.”

The show was also aired by Nickelodeon channel Nick Jr. in the States for three years.

“Airing in 50 million homes in the States, six days a week for three years, there was a lot of visibility,” Penner recalls. “It led to many concerts and opportunities in the States. I was the first entertainer to play the Universal Amphitheatre in Los Angeles and May 12, 1992, was Fred Penner Day in L.A. So there were some pretty funny things that came out of it.”

Although Fred Penner’s Place has been off the air for a while, Penner says episodes of the show are now available for viewing on the CBC Kids YouTube channel.

And a few songs from another TV series Penner provided the music for — APTN’s Tipi Tales — have made their way onto Hear The Music. “The songs ‘Humility’ and ‘Courage’ are from that, and ‘The Catcher of Dreams’ began there, so there’s a lot of that kind of that First Nations spirituality that’s underlying in some of the material here.”

He certainly hasn’t lost his touch, says Jurvanen, who feels that the rest of the music world could take a few lessons.

“I think the interesting thing about his music is that it’s so earnest,” says Jurvanen. “There’s no irony in that music, and I think that’s really refreshing. I’d love to see more pop music and more rock music take that approach to, but often it turns people off.”

Ron Sexsmith, who dropped his own 13th album The Last Rider this week, views Penner as a “sort of shaman character — he’s got this wise-sage thing about him and he’s very funny, too. He’s the kind of guy I hope to see more often.”

As for the children’s performer himself, Penner says he thrives on being on stage and has a number of gigs lined up around Canada that take him into 2018, including some symphony dates. Hoping to field book and movie offers, he’s also keeping all his options open, except for one: retirement.

“You’re only as good as your last gig, right?” says Penner. “I get out there and put my energy on the line, and then I crash about an hour later, but it still feels relevant and connected. As long as that continues, I will continue.”

On life as a performer for more than 45 years:

“I think of my performances as a dialogue with the child, with the parent, and ultimately one that the caregiver and the child will continue that when they leave.”

On children’s self-image in the age of the selfie:

“When I worked in the pre-recording time in the ’70s, through university and beyond, I worked at a number of residential treatment centres with physically and mentally challenged, behaviour-problem kids, and it’s so obvious that self-image is critical there. People telling kids that they’re not good enough to do something — that they need to have a certain characteristic, or even in a materialistic way, a certain type of clothing or shoe or style to fit into the system. And I just really believe it really comes down to just a spiritual moment: Look at your bliss. Who are you really, inside? The stronger you feel about that character, about the beauty that you see around you, then that will come through in your personality and you won’t worry about trying to keep up with something else. So self-image is always an important part of all our existence, because we all try to keep up with certain trends, and it’s pretty much garbage, a lot of it, I think.”

“The milestones that have happened to me — a couple of honorary doctorates, the Order of Canada, the Order of Manitoba — those are superficial things. The moments that come down and have the most meaning to me are when a parent will offer me something that my music has done for them. One of the first concerts I did in the late ’70s after The Cat Came Back was at the University of Manitoba. A woman came up to me and said her youngest had a brain tumour and had ultimately passed away, but they had taken a little record player into the hospital room and that album, that music, was a bonding moment for that family in the most tragic of times. We sat there and sobbed with each other for a bit, but that was something I never could have anticipated. I do this because it feels right. To be out in the front lines of performance and feel that coming back from the audience, this is what I can hold. That depth of impact — that’s the blessing that I’ve been allowed to receive and it keeps me going.”