There’s a first for everything.

In Ron Sexsmith’s case, his 13th album, The Last Rider, marks several debuts, including the first time he’s recorded an album with his touring band and the first time he’s assigned himself the producer’s chair, although he’s co-helmed this one with his longtime drummer Don Kerr. 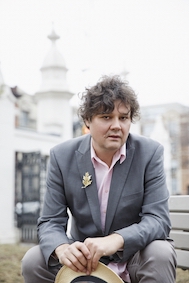 “To be honest, I pretty much produced my last record (2015’s) Carousel One, because Jim Scott was more of an engineer,” Sexsmith, who performs at the Danforth Music Hall Friday, explained last week from his new Stratford, Ont. abode.

“He was the guy that made it sound good, but I had to figure out when the bass comes in and all that sort of stuff. I’ve done enough records now that I sort of know the drill.”

It wasn’t supposed to happen that way: Sexsmith, who has recorded prior albums under the observant ears as such industry heavyweights as Bob Rock, Mitchell Froom, Tchad Blake, and Martin Terefe, was hoping to coerce Terefe (who worked on four previous Sexsmith albums) for a fifth go-round.

“We couldn’t come up with a number that worked,” Sexsmith, 53, admits. “His fee was eating up the whole recording budget, so Don said, ‘I’m a producer and you know how your songs are supposed to go, so why don’t we just do it ourselves?’ . . . But I think it was for the best.”

The Last Rider listeners may be inclined to agree: Sexsmith and his merry band of travellers booked The Tragically Hip’s Bath Studio near Kingston for a week, and popped out 15 songs featuring some of the sweetest melodies that the St. Catharines-born troubadour has ever written, with some string-and-brass-tinged accompaniments that suggest British Invasion influences. As for his production chops, Sexsmith said this is the first album that is probably closest to his authentic vision he’s achieved as a songwriter.

“I’ve always had the final say, but obviously when I was working with Mitchell Froom and Tchad they had their sound that had more to do with them than me,” he notes. “Producers are like movie directors — they all have their own bag of tricks. So I didn’t know if I had any tricks at all. I just knew how these songs should go. My main concern was that I didn’t want it to sound as retro as my last record did.” 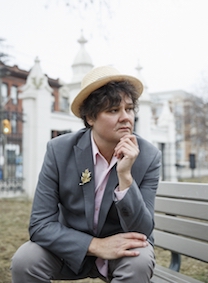 As far as the subject matter goes, Sexsmith still focuses on a variety of thoughts that some might consider mundane. “I fixate on little things and am sort of an eavesdropper: I overhear bits of conversation, walk around and try to put into words everyday kind of things, and then try to make them universal.

“But it’s not always mundane stuff. For example, ‘Breakfast Ethereal’ is kind of the opposite: it’s more of about when you’re a kid, looking back on your childhood and it sort of has this glow to it, like it was a magical time, when it really wasn’t.

“But you look back through rose-coloured glasses . . . I felt so lucky to grow up at that particular time when the radio was so melodic and you had real artists back then, like Joni (Mitchell) and Jimmy Webb.

“You couldn’t have a hit like ‘Wichita Lineman’ on the radio right now, or any Laura Nyro songs. They just wouldn’t happen, with all the time-signature changes and all that stuff.”

There’s also been another upheaval that has directly impacted the album’s content: after three decades in Toronto, Sexsmith and his wife Colleen have relocated to Stratford.

“I wrote ‘Shoreline’ for Colleen, because we were having these discussions going back a couple years about moving out of Toronto, and I was really resisting,” he explains.

“The other song was ‘Man at the Gate’ which I originally wrote about a postcard from 1913 about Trinity Bellwoods Park, but as I was recording it, I realized what it really was about, and that’s my farewell song to Toronto. In fact, I’m the man at the gate, 100 years later, and I’m the one who’s not there anymore, and I’ve moved on.”

He only fully moved into their new Stratford location last month — their first as homeowners — but said it was an emotional moment saying goodbye to his Bellwoods Ave. rental.

“On closing the door, it occurred to me that I wrote six albums in that house,” he recalls. “I wrote a novel (Deer Life, out September 16 via Dundurn Publishing) in that house and I turned 40 and 50 there . . . So I had this emotional moment, leaving, and going to this other place where I don’t know anybody, and it’s such a different vibe from where I’ve been the last 30 years.”

But he’s been making the adjustment.

“I really love the house. I’ve been sleeping really well there. I felt this enormous cloud of stress evaporate over me, you know, and I can’t believe it still. I get up in the morning and I can’t believe I own it. It wasn’t even on my list of things to do.” 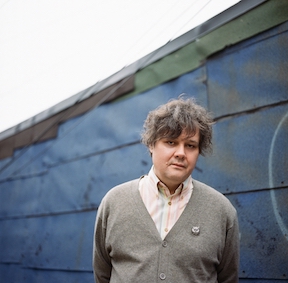 Coming off a busy period of activity that has seen him contribute to Lori Cullen’s recent Sexsmith Swinghammer Songs album and Fred Penner’s Hear Music among others, — as well as writing his fairytale novel, Sexsmith says he is most looking forward to hitting the road for dates in Canada, the U.K. and Japan in July.

“That’s my favourite thing at this point,” he admits. “Everything else is kind of stressful. The fun part is when the record’s done, you can just go out and play it, and people are always happy to see you.”

He has been prepping for the tour not only with rehearsals, but a diet.

“I just came off a 10-day fast with no food at all,” he says. “I’m trying to slim down for the tour, and I can almost see an ab when I look down now, so that’s exciting.”