Sometimes you just have to laugh at the Spinal Tap-ish practices that often occur in the music industry.

The latest: when the Star requested a review ticket for Janet Jackson’s Unbreakable tour, which launched in Vancouver on Aug. 31 and had performed eight shows before its Toronto stop at the Air Canada Centre on Tuesday, the Rhythm Nation queen’s management company denied us through the promoter because they said the show was in “previews.” 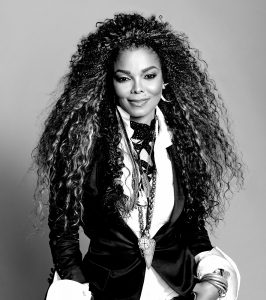 So we bought a ticket anyway, and if Miss Janet’s camp is paranoid about their presentation they needn’t be. The performance that the second most successful member of the Jackson family delivered was everything her previous tours have always promised and produced: a well-oiled, highly choreographed machine meticulously planned down to each breath.

In fact, it was nothing less than a sonic bombardment of wall-to-wall hits, with a trio of slots reserved for new material from Jackson’s upcoming Unbreakable album, out Oct. 2. Spontaneity was really the only element missing from the show.

But that’s always been what the Jackson clan have been about, whether the late Michael or Janet, the current superstar torch bearer.

They perform at you rather than to you.

So Tuesday’s Air Canada Centre show, Jackson’s first performance here in four years, was exactly what her fans would expect: a high-energy marathon of 32 songs sardined into a concert running just over 90 minutes — with the occasional break between songs and little room for nuance.

Some of the tunes, such as a snippet from “Scream,” the sole hit she shared with brother Michael, lasted a few lines, but the others either full-bore arrangements or slightly truncated versions, ranging from the Minneapolis jack funk staccato of golden hits like “Control,” “Nasty” and the empowering “What Have You Done For Me Lately?” that first established her as an R&B pop icon in ’86.

These seamless transitions only stoked the estimated 16,000 in attendance, who were on their feet for the entire show, from the moment the new song “BURNITUP” announced that Jackson, her eight-piece band, including three backing singers and nine dancers were in the house.

Looking resplendent in white blouse, dangling gold necklace, white stretch leggings and running shoes, her incredible red-curled mane reaching down to her waist, Jackson breathlessly tore through a catalogue other pop stars would be only too happy to own: “Miss You Much,” “ The Pleasure Principle” and “Escapade,” which featured a pair of 12-year-old dancers, America’s Got Talent contestant Kyndall Harris and Edmonton’s Taylor Hatala, sporting the proper ’tude and echoing the skills of their elders on the team.

In fact, this was one area where Jackson’s tour was markedly different: she gave her dance troupe, which included Toronto’s Melanie Mah, a chance for their own solo, a generous gesture on the headliner’s part.

Jackson has always been about choreography as much as the music, so when she doubled down with the team to flex her arms and knees, dip or wildly shake her head, she was wildly applauded for her discipline.

There was only one costume change, into an almost identical black outfit, when she settled down for the ballad portion of the program, featuring “Again,” “Come Back to Me,” allowing the audience to serenade her for “Let’s Wait Awhile,” and “That’s The Way Love Goes.”

Other highlights included a blistering version of “Black Cat” and the pre-encore finale of “Rhythm Nation,” adding a bit more nostalgia to an evening that was energetic, intense, avoided her recent sexually charged material and refused to step outside the polished veneer.

At least, that’s how it came across in the preview.