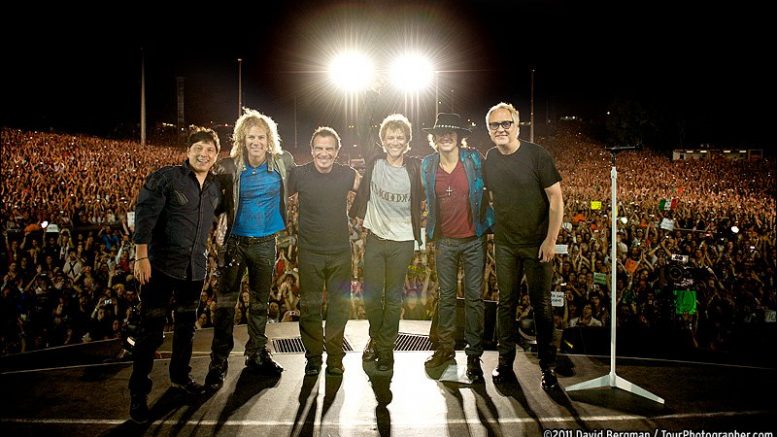 Entertainment / Music All Jon Bon Jovi had to do was flash his pearly whites Tuesday night and the crowd at the Rogers Centre was putty in his hands        Nick Krewen  Special to the Star Published on Tue Jul 20 2010 Oh, what that million-watt smile can get away with. Jon Bon Jovi exercised his considerable charm over the predominantly female crowd Tuesday night at the Rogers Centre for…

Published in several Southam Newspapers after July 24, 1998     Nick Krewen TORONTO — His outlook may be sunny, but it’s raining in Jon Bon Jovi‘s heart. The 35-year-old leader of his namesake rock band Bon Jovi, one of the world’s most popular, is on the phone from New York promoting the release of his latest solo album, Destination Anywhere, its accompanying film short, and his budding acting career….