The Toronto singer of Cowboy Junkies was busy laying down tracks of her cloudless voice for the band’s Miles From Our Home album when word came down that Jim Powers had lost his job. 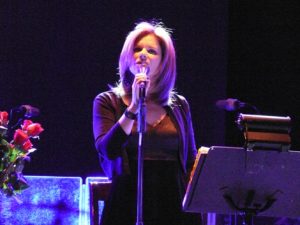 Powers’ was the Junkies’ artists-and-repertoire (A&R) representative with the band’s L.A.-based record label Geffen Records Inc. Geffen is a subsidiary of Universal Music, the Seagram-owned company who had spent $10.4 B (U.S.) eight months earlier to purchase PolyGram N.V., a move that transformed Universal into the biggest music company in the world.

Powers’ role at Geffen was to serve as the human link between creator and corporation. Whenever an artist records an album, the A&R rep ensures a smooth transition occurs between the studio and the delivery of the product to the record label. He or she also synchronizes the various cogs of the marketing department to initiate a campaign to support and supplement the new record, as well as any promotional activity involving the band.

With the absorption of PolyGram’s resources, Universal found itself needing to trim some fat. So Jim Powers, the Cowboy Junkies’ chief pipeline, mediator and cheerleader to Geffen Records Inc., was sacrificed for the bottom line and The Junkies found themselves adrift without a replacement.

“That was our first scare,” said Timmins. “We were missing this person, who was a fan of the band and a vital contact with the record company.”

Plans to ship Miles From Our Home progressed, but The Junkies’ frustration grew as the release date drew closer.

“We initially had this big promo tour planned, and all of a sudden it was halved,” Timmins laments. “We had promises that certain things that were going to happen, and suddenly they didn’t.”

The final straw occurred when the band decided to tour the United States to announce and promote Miles From Our Home.

“Whenever we play New York City, usually there’s a record company rep who makes sure the record is in the stores, that it’s hopefully front-racked in those stores and that the promoter gets posters to let people know we’re in town,” explains Timmins, whose band appears at the CNE Bandshell September 1 to support their latest album, Rarities, B-Sides and Slow, Sad Waltzes.

“We would arrive in town and hear the promoter say, ‘I couldn’t get posters.’ Or fans would come to the show and say they were unaware that we had a new album out. It was extremely frustrating.

“You put out an album, you make plans, and all of a sudden the players are changing and they have different ideas.”

When it came time to renewing an option for a third album, Geffen declined.

“They decided not to pick it up, which was fine with us,” Margo Timmins declares. “We became pretty disillusioned.”

They weren’t the only ones. Jim Powers and The Cowboy Junkies were among the 3000 employee and estimated 200 artist casualties of the Universal-PolyGram merger, a move that reduced the playing field from six major record companies to five and handed the strengthened company a 25% share of the global pie.

A sweeping structural organization.saw the distillation of once powerful consolidated independents as Island, Motown, Def Jam and Geffen, and the absolute elimination of others such as A&M and Impulse. In one sweeping motion late January, 50 Canadian staffers were pink-slipped.

In the short term, Universal seems to have behaved shrewdly. Canadian trade industry weekly The Record reported in its May 24th issue that Universal Music reported an increase of revenue from $1.21 B (U.S.)  to $1.26 B ( U.S.) for its third quarter ending March 31, the numbers adjusted to reflect Universal’s purchase of PolyGram. The Record also reports that Universal Music led all labels with a 27.5 percent share of Canadian album sales through the first half of 1999.

But a heavy price has been paid.

And the aftershocks of the merger haven’t restricted themselves to the record business. In late July, Montreal-based Seagram Co. Ltd., sold Universal’s concert division to Los Angeles-based HOB Entertainment, Inc., operators of the popular House of Blues chain of nightclubs and hotels, for $190 M(U.S.) and an assumption of debt. That deal is expected to close in September, but the question as to whether any downsizing will occur when Universal Concerts is rechristened House Of Blues Concerts is still open.

While it’s premature to determine how drastically the concert business will be affected by this latest development, some Canadian recording artists are breathing a sigh of relief to be calling the shots. Especially with the advent of e-commerce and the substantial growth of Internet websites, artists seemed poise to take greater control of their destinies.

“The negatives are far outweighed by the positives,” agrees Emm Gryner, who reactivated her own Dead Daisy label after a two-year stint with Mercury Records in the U.S. 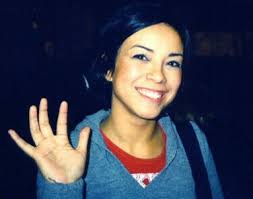 “It’s a relief to be in charge of everything again. As much as my deal was really good and allowed me to have a lot of creative control, I still had to deal with record company politics half the time.”

Gryner, who performs at a Lilith Fair sidestage this afternoon at 4:50 p.m., says the biggest adjustment has been the extra amount of work placed on her shoulders.

“Suddenly, I’m in touch firsthand with everything, — the band, the publicist, the distributor, ” says Gryner, whose new album Science Fair has sold out of its first three runs of 1000 copies. “Those are the things that are turning out to be really rewarding.”

There’s also a financial advantage to running your own ship.

“When you sign with a major, most artists get under $2 per record,” she explains. “If you put out your own record and distribute it off the stage, you get $15 to $20 per album. Even if you have a distributor — I’m currently with Outside — you still get a sizeable chunk.”

Gryner feels she can even market herself more directly to her audience, which she keeps tabs on through mailing lists and her Internet site.

“I’m doing something called ‘The Living Room’ tour,” says Gryner. “I did a week in Pennsylvania, and I’m going to do five more dates in the States around Lilith Fair.

“People write and ask me to play at their house, so I go down there and perform. It’s a secret location that’s only disclosed at the last minute.”

Gryner says she plays to crowds no larger than 50 people, and finances the tour through sales of a t-shirt she’s designed exclusively for the tour.

“It’s small, intimate, but it turns out to be really well worth it.”

And those artists who weathered the merger?

“I’m not sure how it’s affected me,” says Ron Sexsmith, an Interscope U.S. direct signing survivor. “I thought I was going to be dropped for sure. We didn’t even know until February that they were going to put my last record (Whereabouts ) out. 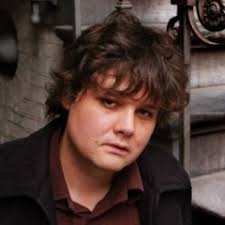 “But we just got a letter from Interscope saying they wanted to do a fourth album. So they seem to like having me around.”

Sexsmith he’s happy that the merger put his career in a minimum amount of limbo, compared with other artists.

“I know that it’s hurt a lot of people. Tracy Bonham‘s record was finished before mine and hers still hasn’t come out.”

On the business side, David Farrell, publisher of the Internet-based Canadian trade weekly The Record, hints that the dispensation of talent and resources in wake of the mergers will fuel independents.

“It just seems that consolidation is a fact of life,” says Farrell. “But what consolidation has done is strengthened the hand of the independent distributors. I think we’re going to see a fertile timeframe for entrepreneurs to get back into the business again.”

Five weeks ago, Mair entered a partnership with Allan Gregg and Jake Gold, principals in Management Trust, the Tragically Hip, The Watchmen and Big Wreck management firm, to set up Song Corp.

“I can thank Universal and PolyGram for forcing me to do what we’ve done,” says Mair, who will continue as president of Attic’s record division and add senior vice-president of Song Corp. to his job description.

“Universal had been a great distributor for me, and we were a significant share of their business. But it became obvious after the merger that we would have gotten a significantly smaller share of their business. I knew I would not be happy at the merged company. It forced me to look at my options, and the only opition was to open up our own distribution, or be involved in a distribution company.”

Mair says the downsizing of experienced employees, some of whom enjoyed more than 20 years at A&M Canada, also made an enterpreneurial venture attractive.

“It made a substantial number of experienced players available. I’m sure we hired at least 20 people. And those people weren’t let go because they weren’t doing their jobs. They were let go through the rationalization process.”

Mair says that through Song. Corp, Attic has “deeper pockets” and will be able to give recording artists something the label couldn’t give them with their previous arrangement.

Universal president Randy Lennox disputes that the new merger will afford his clients any less attention.

“The way we’ve reorganized our company is not dissimilar to what we were doing before the merger,” says Lennox. “Granted, there are less people in the organization, but the people we have are enthusiastic and talented. We have not had a momentum loss.

“Our present market share, which is currently over 32%, is certainly as strong as the two previous companies’ market shares were. If our market share had dropped, it would imply that we were not servicing our music and our artists properly.”

Lennox contends that the greater Universal power base works as a better advantage for Canadian artists than under the old structure, which he says should bode well for new signings such as Vancouver pop band Indecision and veteran roster acts Sloan and Matthew Good.

“Part of the reason why (Universal CEO) Edgar Bronfman wanted to make such an investment in PolyGram in the first place was to buy the European power of that company,” Lennox explains. “It gives us extremely opportunity to sign world class artists in Canada and have an easier time getting those artists released with priorities in other countries all over the world.”

Margo Timmins is reluctant to go the major label route again. For the time being, she says the Junkies are content to sell their Rarities, B-Sides and Slow, Sad Waltzes through the band’s www.cowboyjunkies.com Internet site.

“We intend to continue issuing albums through our own Latent label, and strike up some licensing deals,” says Timmins. “We’ve got a distributor and will get our album into stores in the fall. But we don’t want to play the game anymore.”

Emm Gryner says the best advice she can give to artists is be wary.

“Your destiny can be determined by a business transaction that has nothing to do with music… and that is scary!”