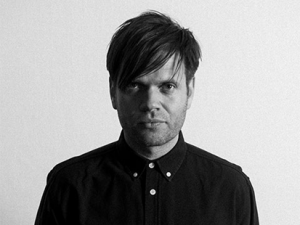 Electronic creator leaves working on others’ tunes behind as his band heads for Toronto.

Anders Trentemøller, the electronic production wizard who built much of his reputation conducting high-profile remixes for Moby, Depeche Mode, Franz Ferdinand, Royskopp, Robyn and others, has curtailed that aspect of his career . . . at least for the time being.

“I think maybe I gave some of my best ideas to remixes — and that was fine — but I really wanted the focus to be on my music felt that it took up too much time,” said the affable Dane on Tuesday, down the line prior to a show in Los Angeles to promote his latest album Fixion.

“So I don’t do remixes anymore. I also don’t want to end up as a remix artist.”

By the same token, Trentemøller, whose live five-piece configuration visits the Danforth Music Hall on March 21, is grateful for the lessons learned in deconstructing and reconstructing tracks such as Depeche Mode’s “Wrong.”

“You learn quite a lot about how you can build up a track, how to arrange and how to produce — every little part of the song,” he explains. “When I did the Depeche Mode remix for ‘Wrong,’ I got the drum solo, the bass solo, the guitar solo and all the synths and all the vocals which were a little bit out of pitch. But when you put them altogether, it really had that specialness. I learned that each track doesn’t have to be totally perfect or totally in sync. It’s a process that’s easier and much more clear to learn when you’re listening to the parts separately.”

Since he introduced his solo work with 2006’s highly acclaimed The Last Resort, the 42-year-old has been working on developing a hybrid sound between electronic and electric instruments — something he says marries his past with his present.

“I started playing many, many years ago — when I was five or six — on my parents’ piano,” Trentemøller recalls. “Then I started playing in some really bad cover bands, a blues band — and at one point I tried to do some Britpop-inspired stuff.

“But I always wrote my own songs back then — mainly instrumental stuff. Then I turned to electronic sound and now I’m kind of back again, full circle, because I’m trying to mix both the worlds together. I’m just at the place I want to be right now.”

Like its predecessors — with the exception of 2013’s guest vocalist-dominated Lost — Fixion was composed recorded entirely by Trentemøller with minimal outside input.

“Most of the time in the studio, it’s just me alone,” he suggests. “I’m writing and producing and mixing the music. After the album is done, I get the band together and find out which songs the band will play live.

“So it’s quite a long process. I don’t always want us to play exactly the same version as what is on the album . . . Sometimes there are eight different layers of guitars or synthesizers, but we are only one guitar player and it’s only me on keyboard, so we need to choose the most fundamental paths.”

A 12-song effort that features an atmospheric mixture of cinematic, forlorn and explosive electronic soundscapes mixed with philosophical lyrics and scented with the vocals of longtime Trentemøller cohort Marie Fisker and Savages singer Jehnny Beth, Fixion also carries notable nods to some of the artist’s post-punk influences, particularly Joy Division.

In fact, there are a couple of songs — “Never Fade” and “Redefine” — where Peter Hook’s trademark rubbery bass sound is front and centre, although the bassist himself is nowhere to be found.

“It just happened when I started writing these songs, but especially the basslines,” says Trentemøller. “Because I’m definitely inspired by Joy Division and also The Cure, and those post-punk bands, so it wasn’t really something I thought of at the beginning. The songs that I started working on have this space sound. After I started doing one or two of the songs, that bass sound stayed on this album.”

He says he also tries to balance out the “melancholic vibe” with “more uplifting” moments.

“I think a song like ‘Redefine,’ even if it’s quite melancholic, still has some uplifting, uptempo beat going on,” Trentemøller suggests. “I tried to look for a little bit of light and some hope in the album’s vibe. It’s something I spent a lot of time on — thinking how the album should start, what should be in the middle and what should be the end.

“’Where the Shadows Fall’ was a song that was done two days before the mastering deadline, because I didn’t have that proper ending.”

A cited influence of deadmau5, Trentemøller says he will have a brand new song out in April and is looking forward to playing Toronto next week, his band just polishing off a run of 40 European dates.

“We’re playing eight or nine songs from the new album and of course, the more classic stuff, so it will be a blast,” he declares, adding that he sees more creative evolution ahead. “I don’t think that I have found my definitive sound or reached my goal. I’m always searching for something that can still thrill me and make me curious.”