What that actually means is anybody’s guess, because those who know the publicist and promoter extraordinaire — a master raconteur who corners the market on British charm and has helped the likes of Loreena McKennitt, k.d. lang and many others achieve global stardom — are flabbergasted by his tireless work ethic that includes a five-night-a-week commitment to hearing live music.

In a personal note distributed via email to colleagues last week, Flohil said he was “beginning to pull back a little,” but would stay involved “especially with special projects that inspire and/or amuse me.” 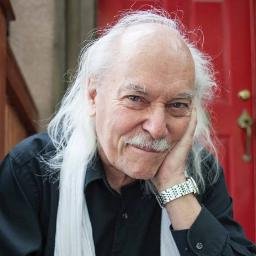 At this point, those projects include finishing a crowdfunded book he’s tentatively titled Louis Armstrong’s Laxative and 100 Other Mostly True Stories About a Life In Music and actively promoting up to 15 shows a year (Hugh’s Room is a favourite venue) with fellow promoter Tom Dertinger. Flohil also travels across Canada to attend folk festivals and mentors his own publicity clients in ways that exceed his job description.

So if he is contemplating some relaxation, there’s a strong possibility the public at large won’t notice it: music is clearly Flohil’s elixir of youth.

“I wish I knew who I’d stolen this from,” he says, his eyes twinkling as he quaffs a pint of ale at a Roncesvalles watering hole one recent sunny afternoon.

His unbridled enthusiasm for the art form is no less diminished from the days of his early fascination with American jazz and blues. If anything, it’s grown exponentially, fueled in part by an eye-opening visit to the Mariposa folk festival in 1965, where he met Gordon Lightfoot, Ian & Sylvia, Buffy Ste. Marie, Leonard Cohen, Phil Ochs and The Staple Singers, acts he said “widened my head and almost made me evangelical.”

That passion has played an integral role in the formative years of many Canadian and U.S. acts, some who have gone on to become global superstars: McKennitt, lang, the Downchild Blues Band, Serena Ryder, Ani DiFranco, Laura Smith . . . the list is impressive.

“I think he has a particular talent for nurturing young artists, particularly when they’re starting out,” says Juno Award winner Loreena McKennitt, who has sold more than 14 million copies of her unique brand of world music.

“I think he’s got a good ear, and he’s very enthusiastic, which may sound kind of trite but being enthusiastic is a large part of developing enough confidence to move forward. And he’s very familiar with setting up the right circumstance for someone starting out. I think that takes a very particular nurturing hand and mind.”

And those nurtured artists have loved him back.

One need only to glance at the lineup that’s rocking the Horseshoe Tavern stage this Friday night to fete “Flo” into his ninth decade to realize how warmly and affectionately he’s regarded: Tom Wilson, Alejandra Ribera, Roxanne Potvin, Scarlett Jane, Ariana Gillis, Paul Reddick, Shakura S’Aida and others are volunteering their time to pay tribute to their champion, who in turn is transforming his birthday bash into a fundraiser for the Unison Benevolent Fund, which provides counseling, emergency relief and benefit programs for the Canadian music community.

“I like being part of the music community — they’re all really good people,” repeats the founder of publicity and promotion firm Richard Flohil and Associates, a few times over the course of the next 90 minutes.

Flohil says he loves hearing and working with musicians so much that he would jump on stage if he could. But he figures the public would fare better with him remaining behind the scenes.

“The reason I’m on the business side is because I can’t sing, I can’t play an instrument and I dance like a pregnant elephant. Not a pretty sight and not to be done in public.”

The Richard Flohil story begins back in Selby, Yorkshire where he was born to Dutch and English parents. He attended private school and eventually apprenticed as a reporter for the Yorkshire Evening Press, moving on to work at three other papers.

When he hit 20, he tried his hand at publicity: his first client, future James Bond theme composer John Barry.

But he wanted out of Britain.

“I wanted to rediscover American jazz and blues musicians, because in the ’50s they weren’t allowed to come to Britain very often,” Flohil admits. 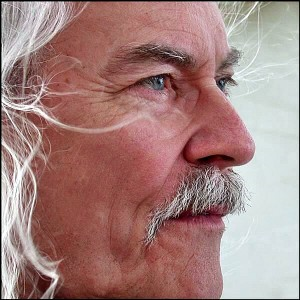 “Occasionally Louis Armstrong came and Lonnie Johnson came, and I met Big Bill Broonzy, but by and large the British Musicians Union wasn’t going to let American musicians come to Britain unless British musicians were allowed to come to America.”

In 1957, he arrived in Toronto with $300 in his pocket, and was instantly smitten by the thriving music scene.

“The first afternoon I walked down Yonge Street and I saw a sign saying, ‘All this week: Earl Hines and his All-Stars,’” Flohil recalls. “I walked in the bar and I said, ‘Earl Hines is playing here? The same Earl Hines who played with Louis Armstrong in the ’20s? How much is it to get in?’

“The bartender said, ‘It’s free, but you must buy two drinks.’ And I thought, ‘this must be the Promised Land.’

“The next night I found a New Orleans jazz club, and the night after that I wandered down to King Street East, and the Town Tavern. It was April ’57, and on stage underneath this silent black and white television airing a hockey playoff game is this rotund black pianist from Montreal called Oscar Peterson, who I never heard of. Blew my lights out.

After a series of jobs editing trade magazines, Flohil eventually branched out into publicity and also landed a gig as the editor of CAPAC’s (a forerunner of SOCAN) membership music magazine, keeping that gig for 20 years.

When he decided to move into concert promotion, Flohil capitalized on the Chicago blues sojourns he had made while living in England.

“If I have a claim to fame, I’m the guy who was involved in bringing Buddy Guy here for the first time, lesser known artists like Robert Nighthawk and Sleepy John Estes, and later on B.B. King and Bobby Bland. So that got me into small level promotions.

“I was also involved with bigger shows — Miles Davis, Benny Goodman, the Chieftains — with mixed results, but that seed has become the preserve of giant companies who have endless resources. And I couldn’t compete with that. “

In 1980, he co-founded respected music industry trade magazine The Record, handling reviews but still entrenched in publicity, and in 2002 became editor of Applaud, a magazine aimed at promoting Canadian music outside Canada, that lasted five years.

As much as he loves music and the people that make it, Flohil does have criteria when it comes to taking on clients (“good songs, a distinctive voice, ambition”), as well hearing music that emotionally touches him.

“To me, music has to hit two parts of the following four parts of your body: head, heart, groin, feet,” says Flohil, whose numerous accolades include the Estelle Klein Lifetime Achievement Award and SOCAN’s Special Achievement Award.

As for secrets to his success, Richard Flohil says his personal catalyst is anticipation.

“I think the key, apart from listening to lots and lots of music (he boasts a music collection of 12,000 discs) is to have something to look forward to,” says Flohil, who is tentatively planning a trip to India in 2015.

“I still want to do intriguing special projects. For example, Stony Plain Records, who I’ve worked with forever, has a 40th anniversary coming next year. I want to be involved in that, and if there’s a CD, I want to help choose the music and write the liner notes.”

While Flohil laments that he’s never “made very much money at” his career, his days have been filled with entertaining memories.

“I’ve had this amazing life with all these people, these stories and adventures and misadventures. So I just keep going.”