‘Glad to be Gay’ still a potent anthem in modern era
Tom Robinson will sing his famous 1970s song at Friday’s opening ceremony for WorldPride in Toronto.

If you want a definition of the word “surprise,” look no further than British singer and songwriter Tom Robinson, when his song “Glad to Be Gay” became an international anthem back in the punk and new wave era of the late 1970s.

“It was just intended for internal consumption within our community,” says Robinson, 64, a married father of two who will grace the stage singing the much-revered number on Friday night at the WorldPride kickoff concert headlined by Melissa Etheridge and Deborah Cox at Nathan Phillips Square. 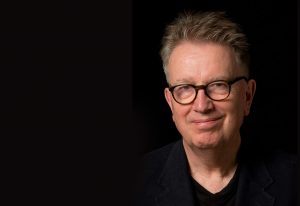 “It wasn’t intended to be an anthem sung to straight people.”

Robinson, who fronted the Tom Robinson Band at the time, said it was the punk audiences that fanned the musical flames of his fight for gay rights.

“The actual punk thing was to challenge your audience, change their values and assumptions,” recalls Robinson, 64, who now makes his living as a radio presenter for digital radio station BBC Six.

“I didn’t do it with shouting and screaming and buzzsaw guitars, because I was too old for that. But the song fulfilled that function, I guess.”

While the celebratory musical declaration remains powerful and relevant, Robinson is the first to admit that had he written the song today, he’s not sure he’d necessarily incorporate the word “gay” into his lyrics.
“It was written in ’76, and at that time, in the Gay Liberation Front, it was a catchall term — it meant everything non-heterosexual,” he recalls. “It didn’t have the narrow definition it has nowadays, just meaning men just having sex with men. It covered everything.

“And the people who came on Gay Pride marches and marched under that banner were the people who joined the Gay Liberation Front or volunteered for Gay Switchboard (a U.K. LGBT 24-hour phone support service) or who read gay news. Those were lesbians, gay men, bisexuals, transgendered people, sympathetic straight, everybody that saw themselves outside the mainstream.

“Because back at that time in London, you’d only get 2,000 people on a Pride march anyway, with quite a hostile reception from the police around you and the people on the streets that you marched past, so we weren’t going to quibble from the makeup of those 2,000 people.”

Written somewhat in the shadow of New York’s violent 1969 Stonewall riots, which many credit with giving birth to the gay rights movement, Robinson, whose non-EMI album catalog is digitally available at tomrobinson.bandcamp.com, says he’s proud of the social progress that has been made when it comes to gay rights.

“We’ve come unimaginably far in Western countries, in terms of acceptance and in terms of the normalization of it,” he says. “Now we have stars like Rufus Wainwright who are stars first and foremost — and his sexuality is a non-issue. He writes songs from a gay man’s viewpoint, but there isn’t a thing where he’s ‘The Gay Messiah,’ as he puts it.

“He’s just Rufus Wainwright, and we know he’s going to drag up and do his Bette Midler stuff at some point,” Robinson laughs. “But it’s all judged on the music.

“I think that’s the ideal way we want to be.”