When they perform at the Guelph Spring Festival Saturday, Yat-Kha is hoping to grab you by their throats.

Albert Kuvezin leads the four-man throat-singing collective known as Yat-Kha. Based out of Tuva, located in the mountainous regions of Asia between Mongolia and the former Soviet Union, Yat-Kha specializes in the ancient artform that dates back thousands of years. 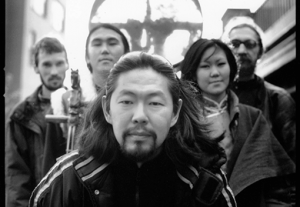 Albert Kuzevin and the members of Yat-Kha from Tuva, Asia

Kuvezin says throat-singing is easier to execute than most people believe.

“You use the muscles at the top of your throat ,” explained a weary Kuvezin from a Minneapolis hotel last week.

“You don’t open your mouth very wide. You make a very narrow hole, and use your tongue in a special movement. Lips and cheeks get in a special position and you make a special vibration when you push out air through this narrow hole.”

“This is very easy to do. The most important point is that you need to hear yourself when you’re singing, because there are many overtones around the bass.”

Kuvezin said it’s a lot more common among Eastern cultures than Western, and compares the sound he makes to the digeridu, the Australian instrument that makes a low guttural sound when you blow through a long cylindrical wooden pipe.

“For our country it’s a very natural sound. In Tuva, a lot of people were living alone in the countryside. Shepherds and hunters would be alone in the mountains, would sing, and they could hear everything because it was a very quiet place.

“It’s only now that sometimes we see a plane flying overhead. You can hear many natural sounds — grasshoppers at night, the wind, falling water. They all serve as an influence.”

Yat-Kha is a world music marvel, an exotic blend of Eastern and Western cultures that mesh Tuvan folklore with modern interpretation. The name “yat-kha” is derived from the stringed instrument that Kuvezin describes as a cross between “a zither and a Japanese koto.” Vocally, Kuvezin and bandmates Aldyn-Ool Sevek, Zhenya Tkach’v and Alexei Saala spread the Kanzat, Sygyt, Khöömeim, Kargiraa and Stikhi dialects between them. They also perform on such rarely heard instruments as the shanzi, the khomuz and the morin-khuur. 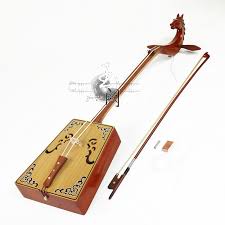 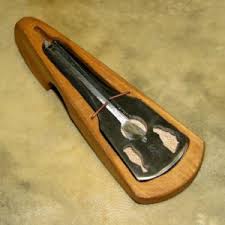 Yet the members of Yat-Kha are no strangers to Western music, also using electric guitars, bass and drums.

“I was playing mainly rock ‘n roll music in different Russian bands,” admits Kuvezin. ” Modern music of 1970’s like Led Zeppelin and Jimi Hendrix is in our blood. Traditional Tuva music is also part of our blood.

“My interest in Tuvan music began later, when I was educated in music college,” says Kuvezin, 33. “I began working with a national orchestra and was much interested in traditional music and throat singing. I was 20.”

Current promoting Dalai Beldiri, its first album for chief Chieftain Paddy Moloney‘s Wicklow label and fourth overall, Yat-Kha plans to start its next album at Toronto’s Gas Station studios while there here, and hope to return to North America for further dates in July.

The trip is onerous. Kuvezin said the entire process of traveling from the remote region of Tuva to North America is an exhaustive three-day ordeal.

“It’s a 10-hour night drive to the airport, where we take a six-hour flight to Moscow. Then we have to stick around a couple of days to obtain the proper visas and tickets. Then there’s a 12-hour flight to New York, a plane switch and a five-hour flight to Seattle, followed by a three-hour drive to Vancouver.”

Kuvezin’s only complaint is that he misses Tuva.

“I miss the climate – dry, sunny days. The air is very different, very clean. You get it from the mountains and the streams.”

He also admits that life in Tuva also operates at a more relaxed pace.

“It’s too noisy here and too rushed,” says Kuvezin. “Everybody hurries.”