On Halloween night in 1992, Toronto songwriter Blair Packham left a movie theater in Sarasota, Florida and noticed a small commotion in the shopping mall parking lot.

“There was a concert going on and there were hay bales all over the place and a flatbed truck with a stage on it,” recalls Packham. “There were only about 20 people in the audience, and they weren’t in costume – it was pretty sad.”

His curiosity aroused, Packham headed toward the crowd as the performer — dressed as Frankenstein’s monster — launched into “The Monster Mash.” To Packham’s amazement, the performer turned out to be the hit’s originator, Bobby “Boris” Pickett. 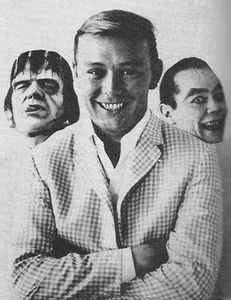 Bobby “Boris” Pickett and his Cryptkickers

“It sort of blew me away, but my first reaction was to snicker,” admits Packham, who wrote a song about the experience called “One-Hit Wonder,” available on his album Could’ve Been King (cdbaby.com and blairpackham.com).

“And then I thought about my own career, such as it was, and how in 30 years nobody was going to be asking me to sing my song in a parking lot somewhere.

“It made me have new respect for him – although I still wouldn’t have wanted to trade places with him on that particular night.” 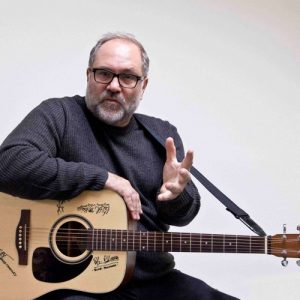 The single-hit phenomenon isn’t an isolated one, especially when it comes to novelty songs, but Packham says he’s often perplexed about the associated career perception of frustration and underachievement that comes with the territory.

“I can’t help but wonder why there seems to be a stigma associated with one-hit wonders,” says Packham. “To me, there’s no shame at all, but my gut reaction is sort of embarrassment on behalf of Bobby “Boris” Pickett when I think about that. But he had a No.1 hit four times with that song.”

“Let’s put it this way – if you had something that paid the rent for 44 years, would you consider it a millstone or a milestone?” retorts Pickett, who recently made headlines with an updated version of “Monster Mash” called “Monster Slash” that criticized the environmental track record of  (former) president George W. Bush.

“It’s allowed me to have a pretty good life of leisure. I’ve done a lot of travel and met a lot of great people.” 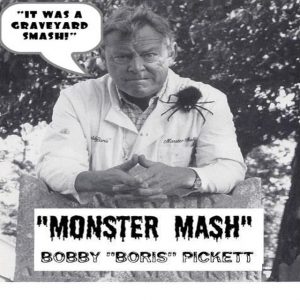 Pickett says the song — also the basis for the title of his upcoming memoir Monster Mash – Half Alive In Hollywood — led to the conception of a daughter he never knew existed until 1997.

“I had been in Seattle to perform a medley of my hit,” Pickett recalls. “Because of that song, I met a woman in 1963 and spent an evening with her. Thirty-four years later I was contacted by my beautiful daughter and now I’m a grandfather.”

Pickett, who accepts bookings through his website (themonstermash.com,) isn’t the only artist to raise hits from the dead: Edinburgh duo The Proclaimers first issued “I’m Gonna Be (500 Miles)” on its 1988 album Sunshine On Leith, where it failed to make a dent in the U.S. charts.

But the 1993 inclusion of the catchy brogue-fueled march on the Benny & Joon soundtrack garnered more attention than the future Oscar nominee Johnny Depp, peking at No. 3 on the Billboard Hot 100 and selling more than 500,000 copies.

More recently, the tune has been licensed for beer commercials and other ventures.

“In the last four or five years, younger people have been getting into it. When we toured Australasia, Britain, Europe and Ireland last year, the story’s the same: this song is played at the end of the night in this club, or in this student’s union, or played at parties.” 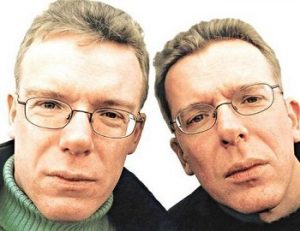 “Although we’ve had a couple of hits in Britain and other places, that’s been the song that did it for us right around the world,” Reid admits. “It’s kept us going, and we’re still able to do the job we’ve wanted to do since we were young teenagers, which is to make music, make our own records and tour. We can still do that because of that song.” 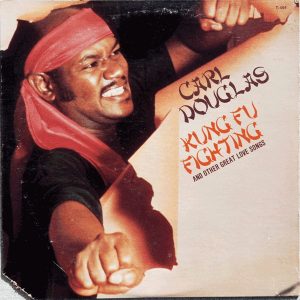 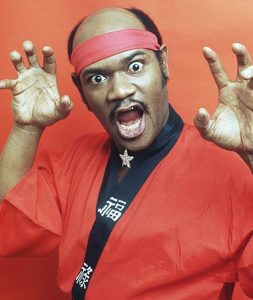 Thirty years ago, Jamaican-born singer and songwriter chopped his way to the top of the Billboard charts for two weeks with “Kung Fu Fighting,” which has since sold an estimated 25 million copies around the world.

“I wish I would have had more hits, but the way that this one has carried on, I’m really satisfied,” says Douglas, 62, from his home in London. “I thank God for the blessing. Many people have tried and never reach that level. To be No. 1 in almost every country on the planet – now that’s satisfaction.”

Not to mention that the hit helped Douglas establish Carren Music, his own successful publishing and production shingle in Hamburg, Germany, and fulfill a fantasy of owning a Mercedes Benz.

“In fact, I have three of them,” laughs Douglas.

Be the first to comment on "When The Novelty Wears Off…"