When Nathan Meckel wants to write a song with his musical partner Pam Reswick, he no longer hops on a plane to Los Angeles and drives to her home studio, guitar in hand.

Instead, Meckel walks down the stairs to his own Nashville studio, flicks on his computer and turns on the camera. Then he and Reswick create beautiful music together — in real time. 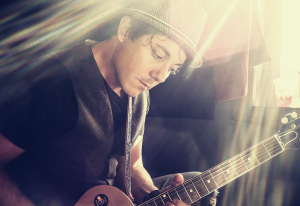 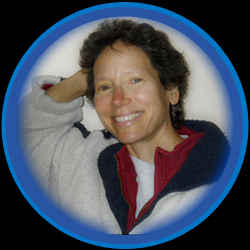 With a simple, inexpensive set-up that includes videoconferencing software, cameras and a broadband connection, be it cable or ISDN, today’s creators no longer have to be occupying the same physical space in order write their music.

“We rely on webcasting using a software called iVisit (www.ivisit.com),” explains Meckel, an independent musician, recording artist and producer. “For an annual fee of $39.95, they provide you a few more options that include audio and video recording.”

Meckel says the inexpensive video conferencing software allows them to pursue spontaneous composition without leaving the comfort of home.

“We hook up instantly,” Meckel explains of his partnership with Reswick, a noted songwriter who penned Natalie Cole‘s “I Live For Your Love” and Jo Dee Messina‘s “Burn.”

“We send a direct feed from her camera into her computer, so it’s coming into my speakers and my studios. She’s seeing me, hearing me and I’m seeing and hearing her. We throw ideas back and forth – we’ve been doing it almost daily for a year-and-a-half.”

When it comes to actual song demos, either Meckel or Reswick will work on them at their respective studios and e-mail an update.

“We have space on a server that we rent out in Southern California and we send each other Pro-Tools sessions that we’re working on,” says Meckel. “When we get to the mix process, most of the final mixes are done at her place.”

While much of the media focus on the World Wide Web has focused on almost daily reports relating to downloading and piracy issues, the advent of such collaborative platforms as GarageBand and the ability to compress MPEG audiowaves for e-mail transferal yielded unexpected dividends for creators, causing some recording veterans to rethink their approach to songwriting.

Erasure’s Vince Clarke told The Toronto Star that the Internet helped bridge the distance between him and singer Andy Bell during the writing sessions for the duo’s latest album Nightbird.

“We compiled the songs and arranged the songs via the Internet and then got together at the end to make some tracks in London,” he says. “It was great. Andy would send me an MP3 for a vocal idea for one particular track, I’d send him a bass line or something and then we’d kind of compile the tracks in cyberspace.

“I’d not done it before, but it’s a fantastic way of working. I’m not sitting around in the studio waiting to do a particular track. And if I wake up in the middle of the night with an idea for the middle section to a song, I can work on it right there and then just zip it off to Andy.”

Patrick Shevelin is another convert.

As the staff producer and chief engineer of Burbank-based independent label Suburban Noize Records, home to Kottonmouth Kings, The Dirtball, Judge D and others, Shevelin says he’s been instantly connecting with his clients for 15 months and loves the convenience.

“Some of my artists are out on Venice Beach or Redondo Beach or even as far away as Bend, Oregon,” note Shevelin, whose extensive engineering and production credentials have include 2Pac, KORN and Dr. Dre.

“We use iChat and video cameras connected to our Macs, but the guy in Oregon is a PC user who connects to us through AOL Instant Messenger.” 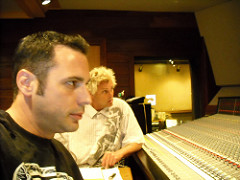 Shevelin admits that not all the artists he deals with are open to the experiment.

“The problem I’ve had with a handful of artists is they think that because you’re making music across the Internet, people are going to able to steal your music. They’re afraid their music is going to get stolen in transit.”

But he agrees that’s a perception only remedied by participation. For his part, Shevelin says his iChat collaborations have saved him a lot of time and money.

“It’s changed my life pretty drastically,” he admits. “I’ve definitely saved a lot of mileage on my car, not having to drive. That’s probably the main thing – with gas at nearly $3 a gallon here, it’s a big, big help.

“Gas would be the #1 thing, telephone bill would be the second and of course you save time not sitting in Los Angeles traffic, which takes an hour-and-a-half sometimes, so you’re saving time. All the way around it’s made life a lot easier.”

For people living long distances from one another, you can also throw in airfare and accommodation savings.

“When an artist says they need help to write, they usually have the option of coming to either Nashville or L.A.,” notes Nathan Meckel. “This way is much cheaper and very immediate. For Pam and me, even though she lives in California and I live in Tennessee, we can still work together every day.”

The process has even inspired Meckel, his father Mark and partner Pam Reswick to form Spin Box Club (www.spinboxclub.com), an Internet-driven company specializing in production, publishing and an in-house record label.

“We’re focusing on this project as an Internet and digital download record label, but the idea directly came from the fact that we could create and communicate spontaneously from our homes,” Meckel explains.

While videoconferencing isn’t a perfect system, with Meckel noting the odd technical glitch and an occasional milli-second signal delay during transmission, he feels it’s the digital wave of the future.

“I think more and more people will start doing this,” he says. “I can also see it covering great distances.

“I mean, we haven’t tried the trans-Atlantic route yet, but we’re willing to learn.”