TORONTO – Ever wonder what happened to the group that recorded “Doot-Doot” five years ago, the silly alternative pop hit that grooved with a whirrr?

They’re back, but under a different guise. Karl Hyde, Rick Smith, Alfie Thomas and Bryn Burrows used to be the minimalist pop band Freur, but they’ve resurfaced as Underworld. With a new album called Underneath The Radar, keyboardist Smith couldn’t be happier about the transition. 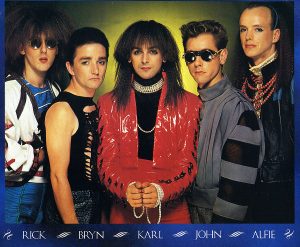 Underworld back in the “Freur” years.

“Freur became an expensive beast of burden,” said Smith, 28. “We ended up becoming so involved in the studio and messing with technology that whenever we played live we needed mounds of backing tapes. When you’re trapped like that it takes all the pleasure out of live performance.”

“When we left CBS we were in debt 30,000£, and miserable. We went our seperate ways, but then we fell together again. When Underworld formed, we re-conditioned ourselves.”

It took Underworld three years to find a suitable bass player – which they finally found in Baz Allen, because “we were looking for the right person. Freur was holding itself back, but now we have a funky bass player, the music is more danceable,” said Smith.

Underneath The Radar was recorded in six weeks and against Freur tradition, it was live off the floor.

As Smith elaborates, “It’s hard to feel proud when something is so organized. It’s when you’re letting go that the good things start to happen.” 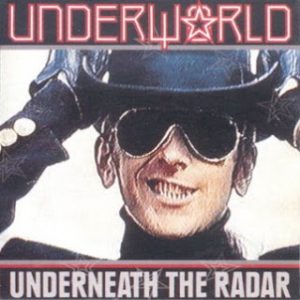 The album was produced by Rupert Hine and recorded at his Farmyard Studios.

“We hated him when we first met him,”jokes Smith. “He’s a typical Englishman – a madman in his spare time. We needed somebody to cook our sound, and Rupert is a brilliant producer. Alot of the time he just left us in the studio, because he was up in an airplane learning how to fly.”

Smith insists that Underworld, which plays Molson Park in Barrie this Saturday as part of CFNY’s Canada Day celebrations, is just learning to fly itself.

“We’re completely happy,” said Smith. “And totally dedicated. We have no desire to play with anybody else or do anything else.”