“I like evolving and learning and exploring what I’m interested in, and I wanted to show that musically,” says Lindi Ortega of her new disc, Cigarettes & Truckstops.

If Lindi Ortega’s star is rising so rapidly, then why is she singing the blues?

The answer can be found in two places: within the grooves of Cigarettes & Truckstops, her latest alt-country-tinged opus that was released on Last Gang Records this month, and the former Toronto resident’s relocation earlier this year to Nashville, Tenn. 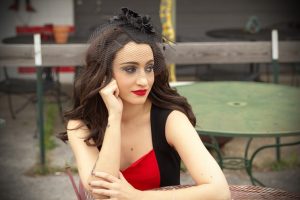 “I love Nashville — it’s a great city,” said Ortega by Skype recently, taking a few days’ hiatus from a recent tour opening for k.d. lang before returning to the road with California punk icons Social Distortion, with whom she plays the Sound Academy on Saturday.

“And it was me really delving more into the history of country music and what preceded it, as well as the fact that learning things about how blues was an influence on early country.”

Once settled, Ortega read the biographies of seminal country favourites such as Hank Williams, and learned about the influence invoked in his songwriting by his mentor, Alabama blues musician Rufus “Tee-Tot” Payne.

“It got me interested in the world of early blues, and I immersed myself in it and started listening to it: really old Robert Johnson and John Lee Hooker; Memphis Minnie and Leadbelly; stuff like that. . .
“I found, as I was listening to that music incessantly, that it was having an effect on the music that I was writing.”

Conveniently, her choice of producer was another expat that has called Nashville his home for the past couple of decades: Colin Linden. 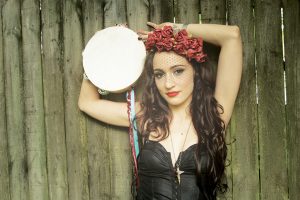 “I thought that Colin has a real extensive blues knowledge and background and knows about obscure blues artists who I’ve never even heard or known about, so I thought he’d be the right person to bring that to my album.
“I didn’t want to stay in the same spot that I was with Little Red Boots: I like evolving and learning and exploring what I’m interested in, and I wanted to show that musically. Colin brought that perfect little sprinkle of blues and put bits and pieces in my record, and I love the way he’s done it.”

It’s a subtle injection: those fans charmed by the brazen humour, outlaw-inspired twang and Ortega’s haunting warble of the Juno-nominated Little Red Boots will find plenty of familiar territory on Cigarettes & Truckstops: witty, cheeky shuffles like “The Day You Die,” which takes a number of romantic clichés at face value; and the dramatic balladry “Use Me,” where the singer tempts a potential drug addict with a healthy and lustful alternative: herself.

There’s serious stuff on here as well: the heart-ripping chasm of loneliness that exists on the title track; and a philosophical song about theology and suicide on “Heaven Has No Vacancy.”

Cigarettes & Truckstops comes from a sincere place, and Ortega feels that’s what prompted Social Distortion to invite her to open their U.S. tour back in the spring.

“I was a little apprehensive at first,” admits Ortega, who has opened for a variety of performers ranging from Burton Cummings and Kevin Costner to Noah and the Whale and k.d. lang.

“I think punk audiences really appreciate people with conviction, who stand behind what they do and that perform with raw intensity and honesty. They really are who they are.”