If you were a betting soul, you could safely wager that Cold Specks is glad her telemarketing days are over. 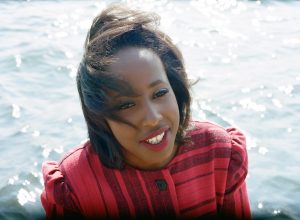 But it was only recently that 23-year-old Etobicoke native Al Spx, currently enjoying a massive U.K. buzz with her debut single “Holland” and her newly forged “doom soul” sound, knew for sure that her previous profession wouldn’t come back to haunt her.

“Things are beginning to happen for me here,” said Spx in a call Friday from London, England, where she now lives. She’s making her Toronto debut as Cold Specks Thursday, opening for St. Vincent at the Phoenix.

“Before, I didn’t really have anything going for me. I was in school and working at a call centre.”

In fact, Spx cops to attending the University of Toronto for three years without making any attempt to socialize.

“I ended up in a room attempting to play guitar and experimenting and spent all my time doing that.”

Spx even flew under the radar as a performer, admitting the closest she got to any profile gig was playing a backyard party with “Taylor (Kirk) of Timber Timbre.”

“I played one or two shows a year, in kitchens and dorm rooms, but never anything big,” says Spx, who hails from a large, suburban family that includes six siblings and parents in blue-collar professions.

Nor did she even attempt to furnish any Canadian music-biz contacts with demos in the hopes of securing her big break. So how did she become one of the latest artists to be toasted by such U.K. media tastemakers as The Guardian, New Music Express and Live With Jools Holland?

“I happened to give a demo to a friend, and producer Jim Anderson (Mark Ronson, Anna Calvi) was his brother,” Spx recalls. “Jim heard it and convinced me to fly up north and work on an album.”

It was a patient process, reveals Spx, who only started exploring the songwriting world in 2005. “Initially, it started off as a folk singer-songwriter thing. We spent a year and a half bringing it to life with strings and piano and percussion.”

It wasn’t until they completed “Holland,” however — a compellingly soulful, spacious, strings-and-guitar opus that has a foot planted squarely in gospel and the other in an Alan Lomax field recording — that Spx and Anderson were confident they found the sound, which they have dubbed “doom soul.” 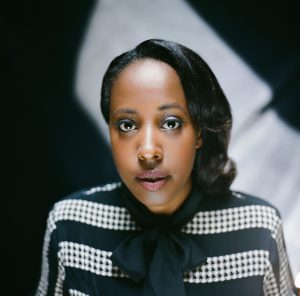 How much of this song (seemingly inspired by the call-and-response holler of Deep South field workers) actually comprises the true Cold Specks sound remains to be seen. Aside from the 7-inch that was just released by Arts & Crafts, Cold Specks’ Canadian label, that includes an a cappella, blues-flavoured spiritual called “Old Stepstone” — as well as a pitch-challenged YouTube performance on Jools Holland of “Lay Me Down” — folks will have to wait for the release of her debut album, tentatively christened I Predict A Forward Motion***, to gain a true appreciation of this budding talent.

Even the St. Vincent dates will only offer a glimpse, as Spx, who will be singing and playing guitar with axeman Pete Roberts in a duo format, says she’s been performing U.K. dates with a seven-piece.

With a full label deal hopefully sorted out by the time she’s at the Phoenix, Al Spx (an unabashed Tom Waits fan) says she’s happy her new career will let her “pay my rent without having to worry about it.”

But the only truly sure thing she knows for certain about her future is that she now considers London to be her permanent residence.

“Initially, I flew out here and planned on staying for a few months, two years ago. It just became my home really fast. I couldn’t imagine moving back to Toronto.”

This was an extremely difficult interview due to a crappy phone connection. The actual name of Cold Specks’ debut album was I Predict A Graceful Expulsion, and much later “Al Spx” decided to relent her stage name for her birth name of Ladan Hussein. Anyhow, I decided to keep in the error of her debut album’s title, which was my mistake because I just couldn’t hear her over the static, despite repeated  attempts.  Hey, I’m only human….