One of the more surprising recent European music success stories has a local twist.

A Dutch singer whose jazzy sound contains a sprinkle of hip-hop undertones, Caro Emerald exploded out of nowhere in 2009 to score two chart-topping hits in her native Holland with “Back It Up” and “A Night Like This.”

Her debut 2010 album, Deleted Scenes From The Cutting Room Floor, resided at No. 1 on the Dutch retail album charts for 30 weeks, breaking the record previously held by Michael Jackson’s Thriller, and her latest album The Shocking Miss Emerald — not yet available in North America — entered the U.K. charts in the top slot this past spring and prompted a tour that included a recent sell-out at London’s prestigious Royal Albert Hall.

One of the keys to her success: Vince Degiorgio, the 54-year-old Brampton-born, Toronto-based music industry journeyman who is reveling in his sixth incarnation in the pop music world, after stints as a DJ, record label owner, producer, A&R executive and music publisher. 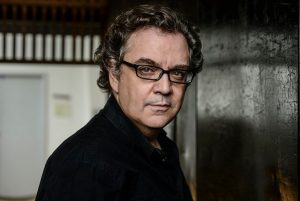 “I never expected anything like this,” says Degiorgio regarding his latest role: hit songwriter for hire. “You talk about dreams coming true. It’s funny — I guess all the travel paid off.”

With Emerald’s collective record sales approaching the two million mark, it’s the biggest feather in Degiorgio’s cap since he began to carve out a niche for himself by flying around the world — mainly to territories outside the usual North American/U.K. pop spectrum, like Taiwan or other Asian communities — to write for, and with, artists unfamiliar on this side of the Pacific. So far he’s written hundreds of songs and landed cuts in 15 countries, scoring such hits as Atomic Kitten’s “Lovin’ You,” songs by Japanese pop singer Tomomi Kahala and Australian female duo Shakaya, among others.

“This is the 14th time I’ve been around the world,” Degiorgio declared over Skype last Wednesday from Madrid, in the midst of a six-week writing trip that includes England, Portugal, Spain, Germany and Sweden, and will end in Japan.

An enthusiastic and energetic creator, Degiorgio will spend a few days in each territory, contributing lyrics and the occasional melody, sometimes in the native tongue of the country in which he is working.
“What keeps me going is the next adventure. I have written in different places and different people to make sure I see and hear the world. I don’t write conformist pop and I enjoy the diversity of the cultures I am dealing with.
“And I’ve managed to make a career of it. I’ve been writing songs in Sweden for Japanese artists, and songs in Belgium for artists in Taiwan or South Africa. There is a huge market for international writers.”

However, while Degiorgio, who is well represented on the 18-song DVD Caro Emerald In Concert released on Eagle Rock/Universal this week — and ironically, Emerald’s first physical product available in North America — is enjoying a good run, his influence behind the scenes as a tastemaker has a longer history, helping establish a number of global superstars, the biggest being Justin Timberlake. 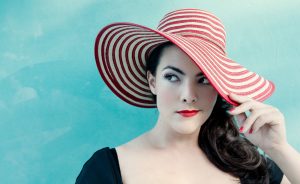 It was Degiorgio, while in his VP A&R position with RCA Records in the U.S., who signed ‘NSYNC to a record deal and introduced Timberlake and other boy band members to the world.

“I’d heard (N Sync’s first single) ‘I Want You Back’ and I thought the record was an absolute home run, so I got permission to go to Budapest and see them in concert there,” he recalls.
“After two songs, I woke my boss up in the middle of the night, and I said, ‘Not only are we going to release this, but I want to do a Christmas album too, because Backstreet (Boys) hasn’t done one.’

Through his own label Power Records, Degiorgio was also the first to introduce North American audiences to The Pet Shop Boys in the 1980s, with the earliest version of the U.K. duo’s first major hit “West End Girls” sporting an accelerated tempo than the version released by EMI Music, the pair’s eventual label. He was also responsible for breaking the dance hits “The Rhythm is a Dancer” by Snap and Haddaway’s “What is Love.”

As a writer prior to jetting around the world, he penned the million-selling hits “You’re A Superstar” for Love Inc. and “My Forbidden Lover” for Tapps, and in total his songs have sold over 30 million records.

Acts like Tapps and Love Inc. are a thing of the past, however. Degiorgio insists, “I’ve left the dance world behind,” and is focusing on acts like Emerald, whose discovery was a bit of a fluke.

“I’ve been writing with David Schreurs — who is part of Caro’s creative team with Jan van Wieringen — for two years,” Degiorgio explains.
“One night he played a track for me when we were in Amsterdam and I basically started imitating Billie Holiday, and within an hour ‘Back It Up’ was basically recorded as a demo. The first demo singer didn’t show up, and the second one turned out to be Caro. And when we got Caro’s demo back, we just looked at each other and said, ‘This is a smash! We’ve got to build on this!’ And that’s how it was born.”

In a separate interview, Caro Emerald said she had been fronting a few bands and had studied jazz at the conservatory, but had occasionally helped out producer van Wieringen whenever he needed a singer.
However, the moment Emerald, who takes the stage in fashion inspired by the 1950s, heard the song, she knew she had to be a part of it.

“I was completely in love with it,” Emerald recalled over the phone from London. “I canceled everything in order to come to the studio and sing it.
“That was just a match made of heaven. What I liked about the song was a cool mix of hip-hop and pop, but also jazz, and I’m a jazz-trained singer. It was easy to listen to, easy to sing along, but also very clever lyrics and melody. I really, really loved that and it did something to me, to my voice as well.
“We had this connection together, and eventually we decided to create a whole album and sound around it.”

It was a big adjustment for Emerald.

“I hadn’t even fronted my own band before ‘Back It Up,’” she admits. “I really had to learn the whole business from scratch.”

Emerald, who recently had to postpone her first U.K. tour due to pregnancy, is currently in talks with major labels for a North American deal and is confident she’ll make it to Canada by early 2015 at the latest.

And she has nothing but praise for Degiorgio’s songwriting. 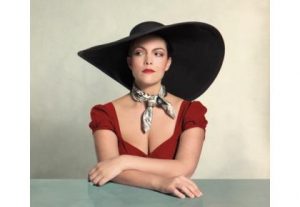 “Vince is so specific,” says Emerald. “He kind of spits out a song in 10 seconds. And the most genius lyrics — they are clever in many ways. When I sing his songs, I really have to study them and I find new things in them all the time. He’s very inspiring. His choices of words and topics are so romantic and nostalgic.”

As for Degiorgio, who continues to run his Cymba Music Publishing company and its staff of eight writers out of Toronto while indulging his other pursuits, says after four decades in the music business, he’s finally making the music that he loves, brought to life through others.

“If you’re making decisions for other people that’s one thing, but if you’re making a record and as a writer you feel that you’re finally hearing your own voice — that’s heaven.”