PUBLISHED IN THE HAMILTON SPECTATOR ON MONDAY, JULY 20, 1998

While Hollywood stars Walter Matthau, Yasmin Bleeth and James Woods stroll through the lobby of the Four Seasons Hotel, the real drama is unfolding several floors above as rock star Billy Corgan is giving a state of the union address on his band Smashing Pumpkins. 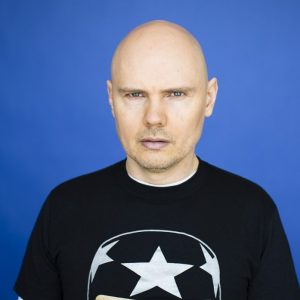 The interview was supposed to include the two other Pumpkin principles — guitarist James Iha and bassist D’Arcy Wretzky — but at 5:30 p.m. the duo are still winging their way in from Chicago to make it to the MuchMusic parking lot, scene of last night’s Intimate and Interactive concert special.

The band, with guest drummer Kenny Aronoff in tow, is sticking around Toronto to perform a Massey Hall concert tonight with all proceeds — an estimated $120,000 — earmarked for Toronto’s Street Outreach Services, a charity that helps troubled teens out on the street.

It’s the latest concert in what has been a stretch of unconventional venues for the Pumpkins, the Chicago rock band that soared to the heights of superstardom with its 1996 seven-million-selling double opus Melon Collie And The Infinite Sadness.

The band is touring behind their fourth and latest album Adore, and donating full proceeds of all their shows on this 14-date tour to local charities.

Corgan, the band’s bald, tall and skinny singer-songwriter, says the charities were a positive alternative after the Pumpkins’ original intentions were rebuffed.

“The original thing is that we wanted to play for free everywhere, and we got a big fat hell no!” said an obviously frustrated Corgan yesterday afternoon.

“That included our own town, which was like the ultimate,” he lets his words trail off.

“So then the question was, ‘Do we want to go back inside and do another normal tour and give them a whole thing of it. And we thought, didn’t we just do this?

“Then we started fronting the charity idea and it was , ‘Ah ha!’ That’ll be something that gives it a whole different energy. Because in Europe we played museums and amusement parks and all this crazy s—, and the energy was so different than a normal concert. So I think the charities provide a different atmosphere.”

Corgan says the reason the free concerts didn’t fly had more to do with bureaucracy than execution.

“It’s simple. They just don’t want you to do it,” says Corgan. “It’s like a nightmare for them. They don’t think of it as a cultural addition. They think of it as a pain in the ass. Even if you’re willing to work with them.”

Corgan says the city to take up Smashing Pumpkins’ offer of a free show was Minneapolis, which received their show Friday night.

“We played there the other night — a 100,000 plus people, and it was downtown, in amongst the skyscrapers. The setting was incredible. The mayor came out and said, ‘It was so cool that we did this.’ It was a total success.”

Even though his hometown of Chicago said no, Corgan says he’d have no qualms about performing there if they changed their minds.

“Absolutely. I’d do it in a heartbeat,” he said.

As for the charities chosen to receive the proceeds, Corgan says a list was assembled by their management firm.

“Our management put together a referral list of forward-thinking, aggressive charities which aren’t big government entities,” he explained.

“But it was really difficult. You want to give everybody one.”

Corgan wouldn’t disclose how much money the band is spending — they are paying all tour expenses out of their own pocket — but admits “It’s costing us a lot.”

“We’re just looking at it as our donation,” he says. “If we had just taken an ‘X’ amount of money and say `Here, everybody,’ it’s not the same thing. So that’s what we’re giving, besides our time, which we consider cheap.”

Corgan also denied that the band’s charitable motives stemmed from prior internal problems. On July 12, 1996, tour keyboardist Jonathan Melvoin was found dead from a heroin overdose, and as a result drummer Jimmy Chamberlin was fired.

“No,” said Corgan. “I think we’re kind of straight on this,” he said. “We’re not a moralistic bunch at all. It’s not like we’re good people or bad people. We’re just people, and people are people.”

Corgan says his band’s actions are more in tune with personal growth, and it’s a change he’s noted in the band’s latest album.

“For the first time in my life, I’m in a really good relationship,” he says. “A true relationship. I think that’s reflected on Adore. I think the album’s also reflective of a person who feels that they don’t need to be so concerned about themselves, and start thinking about others.

“At 31 years old, I start taking into account the responsibility of what I’m saying, and what it means to other people. I could be very irresponsible in my lyrics and think nothing of it, but kids are gleaning messages from what you say.

“You ought to talk about tough things and sad things, but at least put hope in there and some positivity in there so they’re walking away with something more than just your opinion.”