Christina Aguilera may be going “Back To Basics” on her 2007 35-date North American tour, but that philosophy isn’t being applied to her legions of concert-attending fans. 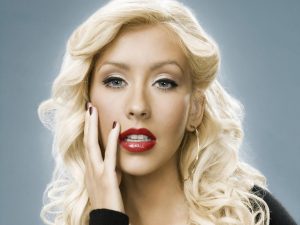 Where once they stood in line, made phone calls or surfed the Net to instantaneously obtain the best available seating for shows by their favorite artists, concertgoers now find the ticket-buying landscape becoming more complex and shifting to suit those with the fattest wallets.

In fact, anyone who holds tickets to any of Aguilera’s upcoming shows outside of contest giveaways had the option of purchasing them one of three ways: paying the $85 top ticket face value; buying a special VIP package that entitles fans to a number of exclusive perks; or — in what seems to be a growing trend — qualifying as the highest bidder in a limited time offered ticket auction.

Here’s the way the Aguilera ticket auction worked: Last October, during a window lasting anywhere from eight to 10 days, patrons tendered bids for select premium seats in the first 20 rows.

Auction ticket pricing began at $110 and although the winning bids were never revealed, a glance at the bids on a TicketMaster Web site for Aguilera’s May 5 first leg finale at the BankAtlantic Center in Sunrise, Fla., listed an offer for $1,199.99 for one front row seat.

Since the bids for the first five rows of allotted auction seats for Aguilera’s Sunrise concert didn’t dip below $300, the Staten Island diva promises to make a bonus that’s sheer icing above and beyond the normal 85 percent to 90 percent take of the gate promoters guarantee performers of her stature.

Aguilera’s not the only one: Current and upcoming tours by the Police, Kenny Chesney, Genesis, Billy Joel and Tim McGraw and Faith Hill are also staging auction wars, a practice that seemed to pick up steam with artist jaunts last year ranging from Roger Waters and Tool (both back again for 2007) to Mariah Carey and the Dixie Chicks.

Ex-Pink Floyd frontman Waters implemented ticket auctions for all 21 dates of his 2006 North American tour, designating an average 200 seats per concert that featured his performance of Pink Floyd’s epic Dark Side Of The Moon in its entirety.

If all 4,200 auctioned seats theoretically pulled in $1,000 each, Waters potentially would have secured additional income of $4.2 million.

Where do those additional profits go?

“There has been a charity component,” notes Gary Bongiovanni, editor-in-chief of Pollstar, the music industry bible for international concert tour information. “But I think you’re seeing now where more artists are keeping it for themselves.”

Bongiovanni says the cash grab helps alleviate the sting of scalping, the practice of illegally re-selling purchased tickets at inflated prices that has plagued performers for decades.

“Artists weren’t happy when the money was going towards a ticket broker and not to their show,” he notes.

Some sites, like ILoveAllAccess.com, offer fans incentives the usual ticket services and auctions don’t provide. The VIP “ultimate pimp” package offered through the company for Godsmack shows gives concertgoers a ticket in the first 10 rows, a souvenir “ultimate pimp” laminate, an exclusive “Godsmack gift bag of swag” and a pre-show party among other perks.

Bongiovanni believes the bells and whistles may not be a factor.

“I don’t know that anybody’s happy about paying a high price for tickets,” he says. “But people who pay $250 to see Paul McCartney were probably pleased that they got decent seats and got to see the show at whatever the price. They may not feel that way the second time around.”

While most performers have refrained from putting entire venue tickets up for auction, the rejuvenated INXS has already broken that precedent with an experiment conducted on June 14, 2006, at the intimate 680-seat Lobero Theatre in Santa Barbara, Calif. 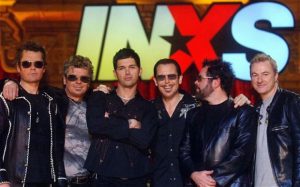 Presented in conjunction with San Francisco-based online secondary ticket market promoter Stubhub — who underwrote the show — and New York’s Metropolitan Entertainment, INXS fans were given the opportunity to bid on either admission-only tickets or a VIP meet and greet package.

Bids for both started at $1 — and according to data provided by Stubhub, patron bids averaged $50 for admission-only tickets while VIP packages averaged $300. The cheapest tickets were sold for $3 each in a tri-pack configuration; the most expensive was a pair of VIP ducats bought for $502.50 each.

“I think what we see is just the more efficient the marketplace becomes, the more representative ticket prices are of supply and demand,” says Evans.

“Economically, it was a great success for us because all the tickets started at $1 and you really saw the true variable nature of a pricing scenario where the people in the front row who got to meet, get pictures taken and memorabilia from the band paid a lot more. My sense is that the gross that we pulled in for the show would be as good or better than a gross for a show at that same venue had the tickets all been set-priced.”

“I think you’re going to see more experimentation,” he says. “The industry is trying to sort out what the public reaction is going to be and whether it’s good or bad business. If there’s not a big push back from the public, then you’ll probably see an expansion of it.”

However, price is one factor Bongiovanni doesn’t view as being an obstacle.

“If the Rolling Stones didn’t kill the industry with $450 tickets, I don’t think there’s going to be a problem. Fans will pay a premium to see things they think are really special.”

(Nick Krewen is a globally published Toronto journalist and editor who recalls the days of paying $7 for good seats to see Rush at Maple Leaf Gardens.)

Be the first to comment on "The Latest Ticket Option: The Auction"