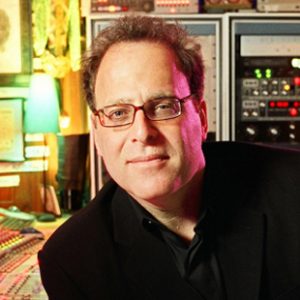 When Green Day was on the verge of recording their epic American Idiot in the spring of 2004 and facing any number of deadlines, one of the first people they called was Steve Schnur.

“The guys in Green Day had asked us to come to the studio,” recalls Schnur, worldwide executive of music and music marketing for Redwood City, Calif.-based video game publishers Electronic Arts Inc., and the man who oversees song licensing for EA titles.

“They asked us when the song ‘American Idiot’ had to be finished in order to get it into ‘Madden NFL 2005.’ That says a lot when a band that’s been around for a decade-plus and has multi-platinum international status is looking at you as an essential component to their launch.”

“Initially, we had a lot of convincing to do,” admits Schnur, whose company averages yearly revenues of $3 billion.

“We had to get a lot of people to understand and comprehend why musical real estate in a video game would matter to them and even affect them. Now they’ve done a 180 [degree] turnaround in the understanding of what we do — particularly now that we have several examples of tangible results.”

“If you look at the charts and bands like Franz Ferdinand or Avenged Sevenfold or Underoath, which debuted Top 10 in Billboard‘s Top 200, these are all artists that we’ve been supporting for quite awhile.”

“I think five years ago labels had no idea what the impact of these video games could do for artists,” explains Rangel. “And in the world of downloads, increasing just year after year with physical sales decreasing, licensing has become a huge factor in labels, where they’re a huge priority, if not first priority.”

Since 1989, when EA’s “Madden” title was first introduced, the series has sold more than 58 million units — with “Madden NFL 2007” moving 5 million copies in its first five weeks at retail, according to Variety.

Rangel licensed four of the 35 songs featured on “Madden NFL 2007”: 30 Seconds To Mars‘ “Battle Of One”; Panic Channel‘s “Teahouse Of The Spirits”; Red Jumpsuit Apparatus‘ “In Fate’s Hands”; and Underoath’s “Ever So Inviting.”

He says the “Madden” impact has rippled to music retailers for each of those artist’s corresponding albums.

“For someone like a Red Jumpsuit Apparatus or a 30 Seconds To Mars, it creates a huge buzz,” states Rangel. “Just hearing that same song over and over again, it’s like radio. It definitely spikes up sales for us.”

Jonathan Dunn, who licenses music for Tooth & Nail, the Seattle indie label home to Underoath, A Thousand Foot Krutch and Hawk Nelson, says video games offer an outlet for exposure for artists who may not fit into mainstream classification.

“A band like Underoath doesn’t have the support of MTV and radio, and they’re not your Top 40 kind of band,” he explains. “It definitely gets us in front of that mass market audience that might not be going to all the indie record Web sites and stores, or those places where we focus our marketing.

“For us as a company, that’s a mass market that a lot of times we just completely miss. So I think that helps bring in a whole new fan base of 18 to 30 year olds who we’re able to pick up from people hearing their music on the video game.”

Rangel says the promotional and financial considerations of placing artists with such publishers as Activision, Konami and LucasArts  — especially with the recent introduction of such consoles as the Playstation III, the Nintendo Wii and the increased demand for mobile content — extends beyond music.

“Video game publishers are releasing more music-driven and rhythm-based games such as ‘Def Jam’s Revolution,’ ‘Guitar Hero’ and karaoke games — and they’re becoming increasingly popular,” Rangel declares. “Now music video game publishers want to get these artists more involved as far as getting their name and likeness into the game — like getting the characters to wear the band’s T-shirts or set up these billboards in the game.

The new message, says EA’s Schnur, is that video game placement is an essential part of a label’s marketing plan.

“For the visibility, reach and credibility, an artist needs to be part of an important game nowadays,” he notes. “It’s a necessary activity, much like radio and TV have been in the last four decades.”

Although record labels have somewhat recently warmed up to the idea of video game song placement, Schnur says artists, many of them gamers, were always on board with getting their music involved.

“Certainly the people that never needed convincing from day one were the artists,” he notes. “I think these people particularly understood the value because they’ve always been gamers themselves.

“For years, if you were a band or an artist, the first time you heard your song on the radio it was a thrilling moment. I think a new measure of success for many artists in rock, pop and hip-hop is to hear their song in one of the games they or their friends play.

“To them, that’s the new definition of ‘making it.'”