Songs like Metallica‘s “Master Of Puppets,” Nirvana‘s “Smells Like Teen Spirit” and Tool‘s “Opiate” don’t exactly conjure visions of cribs, prams and diapers, but one Los Angeles-based record label is working to change that perception.

With such sonic pacifiers as the glockenspiel, vibraphone and harp subbing for wailing guitars and hammering drums, Baby Rock Records is swaddling high-volume hard and alternative rock classics in softer instrumental attire for infant ears with its multi-album Rockabye Baby! Lullaby Renditions Of… series.

Soothing interpretations of Metallica, Nirvana and Tool aren’t the only curious music sources toned down for the newborn set: the 20-album series also features similar treatments for the music of Queens Of The Stone Age, Nine Inch Nails and the Ramones as well as more likely candidates the Beatles, Pink Floyd and the Eagles.

“I wanted to invoke this imagery of if gnomes in a tree had a band and they were playing Radiohead songs,” says CMH Records’ Valerie Aiello, brainchild behind the label’s Baby Rock Records and Rockabye Baby! 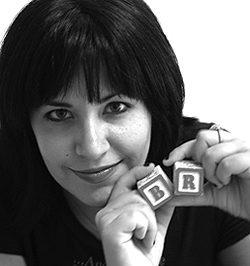 “It would be derived from the sounds you might imagine and things you might see — bells and buttons and weird instruments.”

Aiello says the whole concept started off as an innocent joke.

“I came up with this idea to record lullabies of Slayer thinking it was funny,” she recalls. “But a lot of my friends are having babies right now and they’re all into rock music. So I saw it as an opportunity to communicate and design some music for that ’90s generation of parents. The classic rock is for grandparents that kids of the ’90s like me enjoy as well.”

Enlisting Michael Anderson to arrange, perform and record the albums, the Baby Rock label introduced its Rockabye Baby! series last August with titles including Metallica, Coldplay and Radiohead, chosen predominantly at the whim of Aiello.

“We didn’t use any focus groups,” says Aiello. “We just made it how we liked it, keeping it soothing but making it cute and cheeky and just focusing on song melodies.”

Arranger Anderson, a Philadelphia native who originally moved to Los Angeles to break into film and TV scoring, said the secret of these projects is to treat them as anything but albums.

“If you’re actively listening to it, you’re kind of missing the point,” Anderson explains. “They’re not real albums. They kind of serve a function — to put a baby to sleep.”

He also admits that concocting a signature Rockabye Baby! album sound has involved a lot of trial and error.

“I don’t own any infants, and I’m not an expert on this,” Anderson chuckles.

Drawing inspiration from the late Raymond Scott‘s Soothing Sounds For Baby electronic music series issued in the 1960s and more recent albums like Björk’s Vespertine, Anderson confesses that his early experiments included injecting one too many air and pump organs. 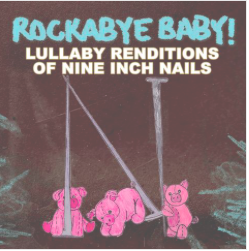 “I guess after awhile any reed organ is going to be a droning, annoying or bright sound.”

He also experienced a hairy eyeball from Aiello when he attempted to add an electric guitar into the mix for Led Zeppelin‘s “No Quarter.”

“That guitar riff was so vital to the song,” laughs Anderson. “I played it on guitar as softly as I could, and Valerie couldn’t believe I had the nerve to do that.

“It’s still there, but I brought down the volume.”

Anderson also tried to inflect a technique called re-amping, providing the effect of “a massive chamber reverb” that he ended up abandoning in the studio.

Even though he spends an average of three weeks of studio time per project recreating this harmonious bliss for babes, Anderson relishes the opportunity to analyze and dissect some of the most influential pop, rock and alt-rock compositions.

“The best aspect of this job by far is when I get assigned something like the Beach Boys,” Anderson explains. “When would you ever have the time to pull these songs apart — not just the chords and melodies, but all the parts? I get to pull apart these songs and arrangements that others have poured their genius into and I have notebooks full of transcriptions. It’s fun.”

“I’ve seen a baby that was crying out of his mind,” recalls Aiello. “We put on the Lullaby Renditions Of Coldplay just to test it out and the baby was totally enthralled. He was listening to everything that was happening in the arrangement.”

With future titles by Depeche Mode, the White Stripes, the Rolling Stones and Black Sabbath awaiting their Rockabye Baby! baptism, and the series’ recent availability in the Wal-Mart and Costco big-box retail chains, Aiello hopes that the familiarity of the material and quality of the product will inspire new parents to try something a little novel when putting their children to bed for the night. 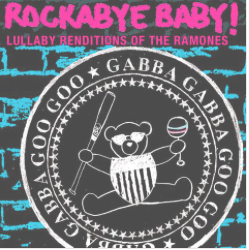 “We’re building on our catalog with the hope that people will go to our Web site and see that we take the time to pick really great songs and great bands,” she says.

As for future assignments outside Rockabye Baby!, arranger Michael Anderson hopes for projects in which the glockenspiel will be used sparingly.

Be the first to comment on "Rocking Your Baby To Sleep"