Before the sun goes down and the headliners come out, here are some less-famous worthies to check out at the WayHome Festival this weekend.

Music festivals have been trimming their sails and spending carefully on performers lately, but the third edition of WayHome — the Burl’s Creek-based, three-day music fest that drew 35,000 people last year — has hung on to headliners that young music fans know well, Imagine Dragons, Beyoncé sis Solange, Frank Ocean and Foster The People among them.

However, there’s a talented undercard also worthy of discovery, on the brink of their own stardom.

Here’s a day-by-day rundown — and they are mostly during the day — of nine imminent contenders on the festival’s three stages this weekend:

Allan Rayman (4:15 p.m.): There’s a lot of self-perpetuated mystique surrounding Toronto-via-Lost Springs, Wyoming’s Allan Rayman and it’s not surprising: this Spotify sensation isn’t one to be pinned down stylistically, although his raspy R&B Everlast-like tenor is the connecting thread through his first two albums, Hotel Allan and Roadhouse 01. Compelling narratives reveal a cinematic flair.

San Fermin (4:45 p.m.): An Arctic Monkeys favourite, this Brooklyn-based eight-piece boasts two singers, horns and strings, as well as rinsing its toes in the oceans of classical music (noticeably the Philip Glass ostinato technique on Belong’s “Open.”) However, the influence in Ellis Ludwig-Leone’s studied compositions never overwhelms the band’s refreshing alternative pop, which often veers into the unpredictable. 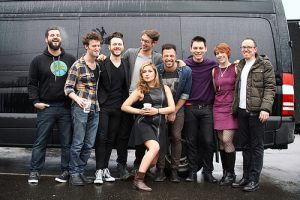 Noname (3:45 p.m.): An early Chance The Rapper collaborator, Chicago poetess Fatimah “Noname” Warner raps smoothly and soulfully on her jazz-saturated debut Telefone, but her words convey sober realism that belie the optimistic veneer of her music. The buzz generated from her SRO March show here at the Phoenix is warranted, and she’s just getting started.

Margaret Glaspy (4 p.m.): Familiar to Toronto fans of local banjo prodigy Jayme Stone, New Yorker Glaspy has gone the rock route for her debut album Emotions and Math, and given us the most vulnerably honest assessment of romantic relationships this side of Liz Phair.

Russ (12:15 a.m. Sunday): Roswell, Georgia rapper Russell Vitale issued 11 indie hip-hop/R&B albums that flatlined commercially before partnering with Columbia Records on this spring’s There’s Really A Wolf. Pay dirt has been struck with gold and platinum certifications for “Losin Control” and “What They Want,” and thanks to a healthy Soundcloud following, Russ — who stresses he’s a self-contained jack-of-all-trades — is looking to accomplish Drake’s kind of world domination.

Charlotte Cardin (2 p.m.): The Montréal native has only six original songs behind her with her bilingual EP Big Boy, but her sexy and cosy electro-jazz minimalism hints of bigger things to come. 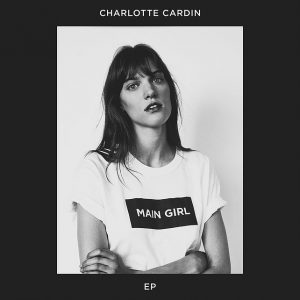 Car Seat Headrest (8:15 p.m.) is the nom-du-plume of Seattle-based Will Toledo, who filled out the lineup with three additional bodies in 2016 when he released Teens Of Denial, an album that penetrated several critical year-end Top 10 lists. Twin-guitar attacks and witty lyrics aren’t the only two highlights of this band, but they’re two of the best.

Rag ‘N’ Bone Man (4:30 p.m.): North America has been a little slower to embrace East Sussex’s Rory Charles Graham than Europe has. However, that status will change in a jiffy as awareness grows. A powerful tenor whose voice boasts an Adele purity and his first album Human offers an R&B-pop vision of maturity that is destined for greatness. Could be the sleeper hit of WayHome.

Mitski (6 p.m.): Another critical darling who has been bouncing around the New York scene, Mitski Miyawaki has been receiving rave reviews with her clever, rock-driven Puberty 2. There’s a lot to identify with in her music which suggests she’s a step or two away from romantic happiness. Plus you have to love a woman who makes out with her own hand in her video for “Your Best American Girl.”

Clairmont The Second (2 p.m.): A Polaris Prize long-lister this year — and just a year removed from his debut at the Drake Underground — Toronto rapper Clairmont Humphrey II has given notice that he’s hip-hop’s next big thing with Quest For Milk and Honey. While a song like “Pretty” makes you wonder if he’s poking fun at himself or just overconfident, Clairmont has an infectious flow that’s his own voice. And he’s still this side of 20. 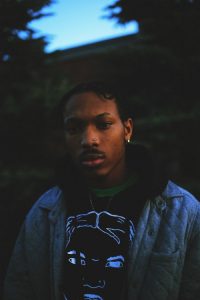 Finally, a temporary aside and a big shout-out to Sunday evening WayHome performer Charles Bradley. Diagnosed with a cancerous stomach tumour last fall, the Screaming Eagle of Soul has responded to treatment to the point where doctors have OK’d the resumption of his tour.