Multiple Juno-winning performer, with local shows over the weekend, is working hard to raise commercial profile of a genre that ‘plays in every continent.’

You’d think with five Juno Awards to his credit, Exco Levi would be a household name by now. 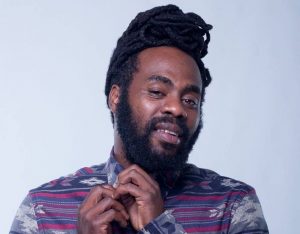 Levi has been a very visible ambassador for the genre popularized by the likes of Bob Marley and Jimmy Cliff. He plays Monday at the Jambana One World Festival at the Markham Fairgrounds and then a free show at Yonge-Dundas Square on Sept. 1, and played Harbourfront’s Island Soul Festival Saturday.

Recently he been performing throughout Europe, in Dubai, and even in Zimbabwe and Malawi, yet he still is looking for mainstream acceptance.

“Most people in Canada consider reggae music as a niche market,” says Levi, born Wayne Levy. “This music plays in every continent, so I don’t understand why it’s considered a niche market. Even in this day, Bob Marley is still topping iTunes and all the major record online stores across the world. It’s not the No. 1 music in Canada, but you still have people all in Canada who appreciate it.

“I’m honoured to be a reggae ambassador here in Canada, bringing forward reggae music from back home in Jamaica.”

Levi says reggae just needs more mainstream media attention, adding that he’d love for a commercial radio station “to give us more highlight.” That concern was supposed to be addressed by Flow 93.5 back in 2001 when it debuted with Bob Marley’s “Roots, Rock, Reggae.” (The station has since been sold and rebranded as The Move.)

“Mainstream media mainly focuses on pop culture and pop music,” says Levi. “Therefore, we always get lost in the vault.”

Levi originated from Harmons in the Manchester parish of Jamaica, about 100 km west of Kingston, and says he often sang spirituals in the school choir, and was inspired by hearing Marley and Peter Tosh on the radio.

But it wasn’t until coming to Canada and getting positive reaction to his song “Oh Canada” that “I began taking my craft more seriously.”

With breakthrough songs like “Life in the Factory” and “Storms of Life,” Levi and his six-piece band High Priest sing about life, philosophy and spiritualism, sometimes providing social commentary on songs like “Bleaching Shop,” which talks about the purposeful lightening of dark skin.

But Levi says he’s all about the messages that have served reggae well over the years.

“I’m a Rastafarian, so I believe in the unification of people,” he explains. “All my music . . . is uniting and enlightening the people and awaken the stream of consciousness …

“There are a lot of party songs out there, with people bragging how much car they have, how much girl they have; we have all of that,” he continues. “But deep down inside, we are people of a different ethnic background — we need that spiritual music, that uplifting music. Reggae is all about that: it’s positive, it’s uplifting, it’s unification of the people.” 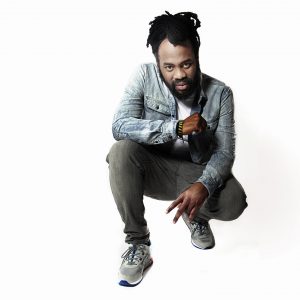 Levi, who will launch sophomore album Narrative in September, recorded in his Brampton home studio, says his current ambition is to be as popular in his native country as German reggae artist Gentleman is in his.

“Canada is a big country, 36 or 37 million people, and anything I do outside of Canada should be a bonus for me,” Levi says. “I want to make reggae music a top genre in Canada. I want to be headlining across Canada: that’s my goal.”