Fans, be warned: singer coming to town has had enough of touring, TV’s The Voice and even her modest fame.

Now you Sia: Now you don’t.

After her upcoming month-long tour, which includes a July 24 date at the Phoenix with opener Oh Land, Australia singer and songwriter Sia Furler is retiring from the road. 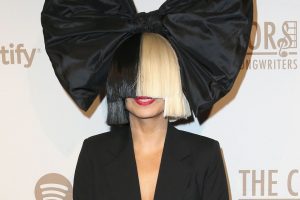 “This is my last tour indefinitely,” Furler announces from a Los Angeles salon, where she’s squeezing in a Sunday afternoon pre-tour appointment.

“I’m withdrawing from the spotlight.”

A recent bout of Graves’ disease, an incurable autoimmune condition resulting from an overactive thyroid, “made me re-evaluate everything,” she explains, but one gets the notion that she might have rendered the same decision regardless of health issues.

For example, she recently appeared as a song mentor on NBC’s The Voice at the behest of good pal Christina Aguilera. Furler wasn’t impressed.

“That was kind of a strange experience, to be frank,” says the 35-year-old Adelaide native. “It took two days out of my life and wasn’t very enjoyable.

“I was flattered to be asked because Christina’s one of the most incredible vocalists of our time, but it’s not for me. I love watching reality TV, but being part of making it was just demoralizing.”

Furler’s decision to leave performance behind comes, ironically, when she’s enjoying her greatest successes. The 35-year-old’s latest album, We Are Born, a 14-song of upbeat philosophical dance pop distinguished by Sia’s jazzy Esthero-reminiscent warble, recently netted her highest chart appearance in her native Australia (ringing in at No. 2) and a couple of Australia Recording Industry Awards (ARIAs). 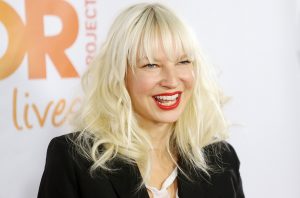 Her previous album, 2008’s Some People Have Real Problems, cracked the Top 30 of the Billboard 200 Albums retail chart in the U.S., though Furler herself dismisses it as “a concession so I could put out We Are Born.”

Although stardom seems within her grasp, Furler clearly isn’t interested.

Instead, she’s content with recording more albums — she’s working on one with Strokes guitarist Nick Valensi and another with string specialist Olly Kraus — and her burgeoning songwriting career.

After initially collaborating with Christina Aguilera for songs on Bionic and the singer’s Burlesque film project, and Natasha Bedingfield, Furler’s knee-deep in co-writing with David Guetta, Rihanna, Flo Rida, Adam Lambert and Leona Lewis as well.

“I’ve got to ride the wave while it’s hot, you know?” says Furler, who is also developing a screenplay. “I don’t know how long I will last as flavour of the month in pop writing.”

But then, Sia Furler has made a habit of going with the flow throughout her career.

The niece of Men At Work’s Colin Hay, she freely admits her uncle’s profession had a profound influence.

“I was 12, I visited him in New York City while he was promoting an album, and it was so amazing,” she recalls. “He had to do a radio interview, and he let me stay in his limousine. I was in the limo, watching the Grammys on TV and drinking as much apple juice as I wanted.

Initially drawn to acting, “because I was such a ham,” a decision to travel changed Furler’s life forever when she landed in London.

“I sang at a jam session, came home, and didn’t care about doing drama anymore,” Furler remembers. “I was going to be a singer, because people asked, ‘Will you sing?’ and then started paying me money.’”

When she returned to London, she signed recording and publishing deals, working as a support vocalist for acid jazz icon Jamiroquai and then as singer for down tempo duo Zero 7 over three albums.

Furler initially demoed We Are Born eight years ago, but Universal — her label at the time — dropped her when she refused to emulate her Zero 7 contributions.

But she had the last laugh when she recorded “Breathe Me” for 2005’s Six Feet Under: Everything Ends soundtrack. She moved to the States, and now has five albums under her belt.

Sia is unapologetic when she explains her genre jumping.

“You know what it is? It’s the fashion at the time. I’m just a follower.”

Be the first to comment on "Sia, Australia’s famously reluctant star"