By Nick Krewen
Special to the Star

On December 3, local singer and songwriter Royal Wood will be
fulfilling a lifelong dream by headlining a show at Roy Thomson Hall.

Actually, it’s a two-part aspiration, but he completed the first half
a few years ago when he sold out Massey Hall.

“It’s funny, I got shown a video a while back where I said I wanted
to headline Massey and headline Roy Thomson Hall with the TSO (Toronto
Symphony Orchestra) before I ever retired,” Wood, 40, recalls. “And to
get to do both of those things within two years is pretty amazing for
me right now. I’m pretty excited, I’ve got to say.”

It will be a milestone event for a number of reasons, not the least
of which will be the fully orchestrated renditions of such classic
romantic and reminiscent Wood pop classics as “Waiting,” “Forever and
Ever,” “Tonight I Will Be Your Guide,” “Photograph” and others.

“Everyone I’ve asked is either someone I’ve risen up through the
ranks with or is a dear friend,” notes Wood. “After signing the
contract for this show, they asked me who I wanted to open and I was
talking with my manager, and he said, ‘we should do something extra
special – let’s put together something more meaningful that celebrates
this moment.’

“I’m singing with each artist and thankfully, they let me be a part of
choosing what those songs are.  So I got to pick all of my favourite
songs from those guys – which was fun.” 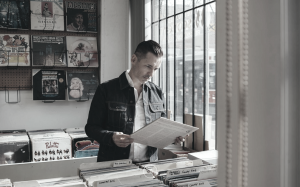 Wood is also excited because family, relatives and friends will be in
attendance. Unfortunately, one of the most important people to him
won’t be there: his father Woodroe, who succumbed to Alzheimer’s and
COPD in 2016.

It was Woodroe who purposefully drove youngster Royal from the family
farm in Lakefield, Ontario to Roy Thomson Hall “just because he wanted
me to hear the Glenn Miller Band, that kind of big band music in that
kind of room in that kind of theatre.

“Unfortunately, my father passed before he got to see me at RTH or
Massey Hall. Those were two rooms I told him I was going to be in and
stand on those stages one day, and I’m definitely doing it for him.”

For the Juno Award-nominated Wood, 2016 proved to be a prime example
of the intriguing and unpredictable symmetry life often doles out:
while on tour, he met his future wife Alison and fell in love shortly
before his father passed.

These themes of love and loss are touched on Wood’s latest recordings,
the 2018 album Ever After The Farewell and its follow-up EP  Love
Will Linger, with the singer-songwriter who is proficient on both
piano and guitar waxing philosophically about both life events and how
his Dad’s illness changed his personal and professional perspectives.

“When I first started – my eyes were on the prize of Massey, Roy
Thomson Hall, TSO – that’s what I wanted,” explained Wood, who
witnessed his first big concert at Massey as a teenager when he saw
Lou Reed.

“And I’d think about it with each show – what’s the town we’re at, the
venue, the size of the venue. Somewhere down the line – around the
time my Dad got sick – your perspective changes on life – and I
started enjoying my career just because I was doing it.

“I wasn’t thinking about award nominations or the next thing, but
just making the best art that I can make and the best show that I can
make in the moment. Suddenly, within that two-year time, it’s Massey
and RTH and TSO and sold-out crowds. When you stop thinking about or
trying for something and you just ease into yourself and you’re
comfortable with yourself, happy and present in the moment that you’re
in, suddenly all of those things come to you without really asking for
them. Now I’m just settling into the best moments of my life. Life
couldn’t be better.” 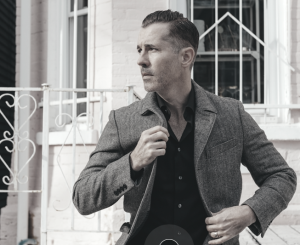 Over the past three years, Wood has finally cracked the U.S. market,
touring there extensively and also over the Atlantic, and now has set
his sights on composing for film and television.

But 2020 is going to be an important year for Royal Wood outside of
his professional commitments, as he and wife Alison are anticipating
the pitter-patter of tiny feet.

“Since I get to be a father for the first time, I find myself thinking
about my Dad times a million right now.”