Regina Spektor’s music a mystery even to the creator

Arty, gifted popster coming to Sony Centre has no clue how her songs arrive.

The 32-year-old Moscow-born, Bronx-based singer and songwriter — a classically trained pianist with a sometimes frilly voice that, in song, will veer unexpectedly into her native tongue, or at least assume a Russian accent — seems to occupy a creative hemisphere inhabited by such key-stroking contemporaries Kate Bush, Tori Amos and Nellie McKay. 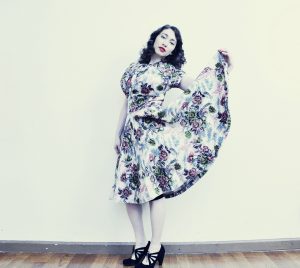 This trait of non-confessional, slight-disclosure storytelling that Spektor shares with the aforementioned doyennes seems to be working for her: the tour to support her sixth and latest album, What We Saw from the Cheap Seats, finds her booked Thursday at the almost-3,200 seat capacity Sony Centre for the Performing Arts.

But the mind behind such puzzling numbers as the new album’s “Oh Marcello” (which juxtaposes a weird Russian inflection with the old Nina Simone classic “Please Don’t Let Me Be Misunderstood”) or the inventive scale-driven waltz named “Firewood,” says the source of her talent is as much a mystery to her.

“I don’t think there’s a usual type of way of writing songs for me, because it’s so mysterious, and different every time, which I guess is why a lot of them kind of sound different,” says Spektor, calling down the line from Providence, Rhode Island.

“Talking about music and trying to explain it is really weird, because when you’re doing it — when you’re composing — it’s so not analytical. Analysis is a type of judgment, and composing is the opposite — you’re completely in it, and you’re not judging.
“So it’s very hard to know what I’m thinking, because there’s not really that much of an agenda. I don’t really subconsciously do anything. I try to figure out what the hell I did afterwards.”

The 32-year-old Spektor, also admits that, on occasion, the mysterious meaning behind certain songs remain veiled, even to her.

Nevertheless, Spektor, who immigrated to New York in 1989 with her family, did attend four years of college in Purchase, New York, to study her craft. 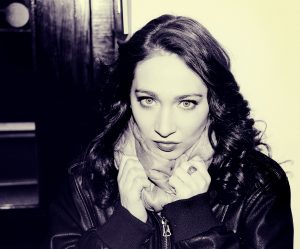 “I started writing songs kind of late for someone writing songs,” she explains. “You hear stories of people starting to write songs from when they’re 12 or 13, and at that time, it didn’t even enter my mind. I was studying classical piano and I really loved it.
“Then as a teenager I sort of realized that I wasn’t going to be a classical pianist, mainly because I didn’t have a lot of the skills and the personal properties that it takes to become one . . . And the people I was connecting to musically were Joni Mitchell and Ani DiFranco. There aren’t any schools where you can go and learn how to do that.

“So I found out through a good friend of my mom’s about Purchase, and that they had a program for kids who just wanted to write songs and record and become recording artists.”

Since her graduation, Spektor has signed with Sire Records, toured with The Strokes and Tom Petty & The Heartbreakers as an opening act, scored a respectable radio hit with 2006’s “Fidelity” and licensed a number of songs to popular TV programs and for commercials.

And she’s not above dressing up older material, as she did for older songs “Samson” for 2006’s Begin To Hope and “Don’t Leave Me (Ne Me Quitte Pas)” on the new album.

“‘I have a history of doing songs that I’ve only had a chance to do on piano and voice that are meant for something bigger,” she admits. “ ‘Samson’ and ‘Ne Me Quitte Pas’ had both been on an earlier record called Songs that was literally just piano and voice.

“As time goes on, I try and develop a lot of these songs that are living in a sketch world. It’s really great to work on them in the studio, add on drums and write parts that will bring it more into the world that it belongs in, as opposed to implying it, when it’s just me and the piano.”