Grammy-winning artist follows her instincts, whips up another covers album and roams into Toronto.

If Grammy-winning British soul belter Joss Stone had a nickname, it would be “Miss Spontaneity.”

“Either that, or ‘Impatience’ — one of the two,” Stone says, laughing heartily, on the phone from San Francisco, where she’s in the midst of a tour, which lands at the Sound Academy on Tuesday, to support her new album The Soul Sessions Vol. II. 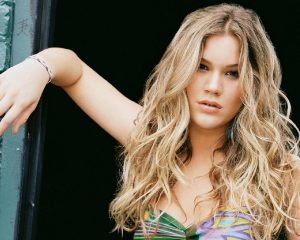 We’re joking around that in the nine years that Stone has been in the public eye, the 25-year-old blessed with pipes powerful enough to rival the legendary Aretha Franklin and Janis Joplin has made a career of following her instincts, regardless of where they may lead.

As a result, she’s sung or recorded with an astonishing number of pioneers and contemporaries — an abbreviated list includes old schoolers James Brown, Solomon Burke, Betty Wright and Jeff Beck, as well as John Legend, The Roots, Nas and Lauryn Hill — and been embroiled in bitter disputes with former record labels.

“I guess I’m a free spirit,” Stone admits. “I don’t like to get too stressed or rigid in my life. I’m just going to do whatever feels good and breeze my way through life, I suppose, have a little chuckle, make some nice noises, and go home.”

For someone who has six albums (seven if you include last year’s SuperHeavy foray with Mick Jagger, Dave Stewart, Damian Marley and India-born film score giant A.R. Rahman) and over 13-million worldwide album sales to her credit, her whimsy seems even more impressive when she reveals she often records quickly, but only when the mood strikes her.

“I don’t really like to plan,” says Stone, touring with a 10-piece band. “With making records, that kind of stuff happens very, very quickly for me. I’ll have the idea, and the week after that — or maybe even the day after that — it will be happening.”

She cites two earlier albums — 2009’s Colour Me Free and 2011’s LP1, the latter recorded with Eurythmics co-founder Dave Stewart — as examples of her trigger-finger inspiration.

“For Colour Me Free, I was in Devon (England) and I woke up one morning and said, ‘Hey, quickly, let’s make a record.’ The next day, the band was in and we were making a record.

“And the LP1 thing, I was in Spain, helping my friend fix his boat, and Dave calls me and says, ‘Hey, I’m in Nashville. There’s a really cool band here. Wanna come?’ So three days later I was in Nashville and I made a record in a week.

“I kind of like that. Some people really hate that uncertainty and it’s quite stressful for them, but for me, I feel like it’s more stressful if I think too much about it. It’s less stressful for me to go quickly.”

The Soul Sessions Vol. 2 also followed suit, with Stone returning to the man who originally signed her to her first record deal, Steve Greenberg, to tackle the project.

“Steve asked me to do it again, and I base my decisions on how much fun it’s going to be, and it sounded like fun. It just happened to come at this time in my life, and it was great timing.”

The new one’s formula was similar to the first Soul Sessions in 2003: take obscure early-’70s R&B nuggets that largely scraped the bottom of the Billboard Top 30 — The Chi-Lites‘ “(For God’s Sake) Give More Power to the People)” and “Stoned out of My Mind;” Honey Comb‘s “While You’re out Looking for Sugar” and The Dells‘ “The Love We Had (Stays on My Mind)” among them; add one contemporary remake (Broken Bells‘ “The High Road”) and transform them.

“I don’t really want to go and do standards, because they’ve already been done so many times,” Stone explains. “It’s nice to do something a little bit different and shed some light on songs that maybe haven’t been heard for a while.”

Greenberg assembled some lists, Stone sourced them on iTunes in the studio, and her and the band cut the song after a few listens.

When it comes to her live show, Stone also likes keeping her options open. “I just sing,” says Stone, who has also branched into acting with roles on The Tudors and the feature film Eragon. “I just make the music that we make on stage and we just kind of feel our whole way through the show.”

Even her signature of performing barefoot isn’t really a gimmick.

“I just don’t want to fall over,” she chuckles. “When you’re in a song and you’re telling a story, you’re so immersed in it that sometimes you get a little bit dodgy on your feet.
“Sometimes I do feel like I’m going to fall over, so it’s easier to catch myself. I can’t do that in heels — there’s no way! I would be on my ass the whole time!
“You don’t want to have to think about things like that on stage.”