Reema Major opens for k-os on Friday at the Ex.

By: Nick Krewen Special to the Star, Published on Wed Aug 31 2011
There’s a Major buzz in the house of hip hop.

It surrounds Reema Major, a fashionable 16-year-old freestyle sensation who currently calls Toronto home, and her beyond-her-years ability to whip out thoughtful, intelligent and gritty street-savvy rhymes at the drop of a hat. 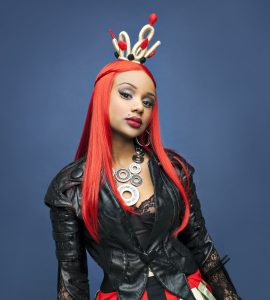 Her talent and charisma, which have already prompted a fierce record company bidding war won by Universal Music’s Cherrytree/Interscope imprint, is abundantly clear throughout the 16 joints that comprise I Am Legend, her third and latest mixtape.

Major – who opens for k-os at the CNE Friday prior to her Sept. 10 headlining gig at the urbanNOISE Festival at Rexdale’s Albion Library grounds –  effortlessly executes rapid-fire delivery on “I’m the One” and “Double Time;” and offers mature, insightful life comprehension on “The Light” and “The Father.” that justifies the title of an earlier mixtape, 15 Going On 25.

“I was busy working on my album, and Kwajo approached me and told me I hadn’t put out any material since 15 Going On 25, and would I be open to making a new mixtape,” said Major said in a phone interview, referring to her co-manager, Kwajo “Cinqo” Boateng. He and Mark Spicoluk, Universal Music Canada A&R director, approached her for an idea that would evolve into I Am Legend.

“I wasn’t sure what I’d do, but Mark said to me, ‘If you can say anything over one week, what would you say? At this very moment, what are you feeling?’

“That gave me the direction, and I Am Legend was recorded in a week and change, including the mixes.”

I Am Legend isn’t the first time she’s been put on the spot: Major was similarly challenged when she was introduced to Boateng, a charter member of veteran rap duo Ghetto Concept, by a friend at the age of 13.

At that time, Reema “Major” Oweti, born in Khartoum, Sudan, and the youngest of seven children, was living in Kansas City, the latest stop on a journey that included Kenya, Uganda, Windsor and Mississauga as places she had called home. 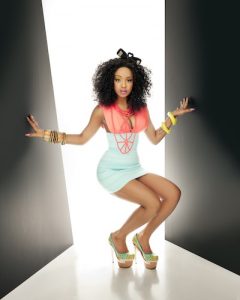 “Because I moved around so much at a young age, I don’t have any specific memory of a house or a place,” she says. “My memories consist of a series of events. I was so immune to moving that it was a way of life. It was ordinary to me. It’d be like, ‘Oh, a new place!’”

Major was in kindergarten when music first touched her life.

“My older cousin used to babysit me and she was also a rapper,” Major remembers. “She had such a pretty face and she used to be outside literally every day during the summer, and hang out with the dudes and her other female rapper friends.

“They’d bring the boombox outside, plug it in by the bench, and freestyle and rap. I remember being obsessed with the whole art of storytelling and the ‘uhhh!’ ” she grunts through the phone, laughing.

When she met Boateng in 2009, he convinced her to stay in Toronto and she transformed her enthusiasm into opportunity: subsequently performing at Toronto’s all-female Honey Jam (discoveries include Nelly Furtado and Jully Black), the 2010 BET Hip Hop Awards cypher, releasing her first mixtape Youngest in Charge and even being courted for a while by KISS impresario Gene Simmons.

Major also has a clear vision of what she wants to express. For example, when she calls herself a “ghetto kid,” Major defines the term as empowering.

“When somebody says the word ‘ghetto,’ they don’t think of the prettiest thing right away,” she admits. “My definition of a ghetto kid is taking something negative and turning it into a positive: you might be in a situation that’s not so good now, but you have the power to turn that around.”

Currently recording her first Interscope album with such producers as Bangladesh, Boi-1da and The Stereotypes, Major is also looking forward to headlining urbanNOISE, the annual youth festival organized to fight violence in Toronto.

Major, who headlines a lineup that includes ex-Roots DJ Scratch, Souls of Steel Orchestra, hip-hop ensemble The Freedom Writers, dancehall singer Chizzy Bashment and the Toronto Bhangra All-Stars, says the performance will hold a special place in her heart.

“Rexdale, that’s the neighbourhood of my manager,” she says. “I didn’t grow up there, but I grew up going there, so I consider that part of my community.”