Forget The Prodigy: the next big thing in music might very well be the progeny.

As 1998 groans forward, there seems to be an unprecedented number of celebrated musical offspring preparing to cut the umbilical cord of their famous parents and springboard into their own careers. 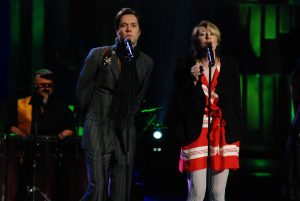 Today Alana Davis — daughter of noted jazz session pianist Walter Davis — is in town to promote her just-released album Blame It On Me and her current turntable hit, a cover version of Ani DiFranco‘s “32 Flavors.”

South of the border, Atlantic Records debuts 100 Years Young,  the first album from Chris Stills, son of Crosby, Stills, Nash and Young stalwart Stephen. A spokesman for Warner Music Canada, Atlantic’s Canadian distributor, says the album won’t be available here and is still under a consideration for a future release.

Wainwright, Davis and Stills are just the start of the avalanche. The coming months will see debut albums from Martha’s piano-playing brother Rufus (a currently untitled effort from Dreamworks in March); Adam Cohen (working title, Cry Ophelia ) on Sony; Tal Bachman (being produced in Vancouver by Bob Rock); Sean Ono Lennon; and over on the country side, The Lynns, the warbling daughters of country legend Loretta. 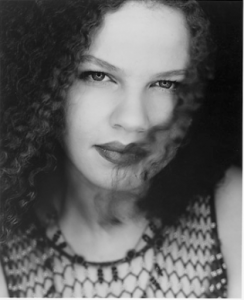 But is this the first episode of a new trend that could be subtitled Pop Music: The Next Generation, or simply coincidence?

“One of these acts usually breaks through every few years,” he adds, citing Hank Williams Jr. and Aretha Franklin as early examples of musical children deciding to follow in their famous parents’ footsteps.

However, LeBlanc warns that their celebrity lineage isn’t likely to make life any easier for them.

“I think they’re going to have a much harder time, because they’ve got to live up to the ideals of their parents. You’re always going to get comparisons. It’s difficult to establish your own identity.”

LeBlanc points to the stalled careers of Julian Lennon and Louise Goffin (daughter of songwriters Gerry Goffin and Carole King) as victims of their parents’ considerable shadows.

“You hear these stories all the time,” he says. “It’s really, really tough because people want to get to know you because of who you are because of your relationship, and you’re never too sure of what your footing is.”

As the youngest daughter purged from the loins of two prominent folk acts, Martha Wainwright says she had her doubts.

“I think for a time in my youth, I tried to avoid playing music because of my parents,” admits the golden-piped Wainwright, 21.

“Then my brother Rufus started doing weekly shows four years ago in Montreal, and asked me to sing with him. Then I tried to write a song and realized I could do it. It became very clear to me that it’s quite natural — and that I shouldn’t be afraid of it because everyone else in my family does it.

“It’s there genetically, there personally and I find great happiness doing it.”

Wainwright, whose preliminary demo tape entitled Ground Floor  has made the music industry rounds and has toured in the past with Dan Bern and The McGarrigles, feels her family name has been more of a blessing than a curse.

“I think ultimately I benefitted from it, primarily through the fact that I have two parents who are talented and that’s probably why I can sing,” she chuckles.

“Obviously, I got to know what it’s like to be on tour. As a kid I always went on tour, accompanying my parents a lot., and understood there were nice great shows and fab people, and the next night could be a dump and no one in the audience — that sort of reality.

“I’ve also been given the opportunity to feel comfortable about this. It wasn’t anything that was considered bohemian or anything. I’ve always been treated very generously by both my brother and my parents.”

“I make my decisions on whether somebody has a unique talent or not,” says Devine.

“It just so happens that due to Adam’s upbringing, he was probably exposed to a variety of situations that has added an inspiration of weight to his work.

“But it wouldn’t matter whose offspring he was. He’s an incredibly talented songwriter.”

He does admit, however, that having a famous parent does offer one advantage.

“I think there’s a curiosity factor,” says Devine. “But beyond that, all these progeny ultimately live by the same rules in the marketplace as any other artist. The public either likes your music or they don’t.”

But most labels are very wary of being exploitative. I know coming from the record industry that may be a funny statement. But I think it’s true because if (the parental association) is the reason they got the deal, it’ll be over very quickly. I think people are very quick to criticize these kids. I’m not sure if Julian Lennon ever had a real chance. That was a classic example.”

LeBlanc also says that growing up in a silver spoon existence where kids are financially secure may also paint an unrealistic picture of the entertainment business.

Martha Wainwright says growing up in a famous household offered her valuable insight, dispensed through what she calls “dinner table talk.”

But Wainwright makes it clear that she’s not intending to use her muse as a torchbearer for her relatives’ legacy.

“I don’t think it’s a generational thing or about being on a mission or continuing a trend in folk music. I think I’m trying to find myself and my own voice in it, and I have the help and support of my family behind me.”