Singer, Writer Can Cram Lots Into A Tiny Tune

She plys her trade as a songwriting folksinger, but perhaps Dar Williams might consider an alternate career as an economist.

You can choose virtually any song from the 30-year-old’s exceptional three album catalogue — say “When I Was A Boy,” her timeless paean to tomboyish innocence that kicks off her debut album The Honesty Room, or her evocative analysis of therapy in “What Do You Hear In These Sounds,” from her latest CD End Of The Summer — and you wonder how one can astutely cram so much wisdom and insight into so little space.

Consider this excerpt from the humorous tune “The Pointless, Yet Poignant, Crisis Of A Co-Ed “– chiefly carried by a sole acoustic guitar — that graces Williams’ second album Mortal City:

“I’m not a leader, I’m not a left-wing rhetoric mobilizing force of one,

But there was a time way back, many years ago in college, don’t laugh,

But I thought I was a radical, I ran the Hemp Liberation League with my boyfriend,

It was true love, with a common cause and besides that, he was a Sagittarius.”

“Well, a bit of it is the magic of the muse,” laughs Williams over the line Sunday from Florida.

“If you really figure out what you really want to say, you can make it fit a very small space. And if you’re trying to be a good folk singer, you’ll try to do it with a bit of grace, as opposed to using a shoehorn.”

What? She calls herself a folksinger? Unlike many of her peers who tend to veer away from the claustrophobic weight of description, Dar Williams takes pride and ownership as a folk music champion.

“Somebody pointed out that folk music is defined by the way people listen to it, and I feel that people come to listen to my music and feel like they’ve heard something,” she declares.

“Also, that’s my community where I receive my support. That’s where my friends are from, and those are the festivals that I play.”

And in just five years, the Western Massachusetts-based Williams has emerged as one of folk music’s brightest lights.

She’s wowed her audiences at 1994’s Folk Music Alliance conference, The Newport Folk Festival and the annual Texas schmoozefest South By Southwest, toured to rave reviews with Ani DiFranco and counts fellow folkies John Prine, Christine Lavin and Nanci Griffith among her fans. Her music has even been conscripted by the producers of the TV serials Party Of Five  and All My Children for use on several episodes. 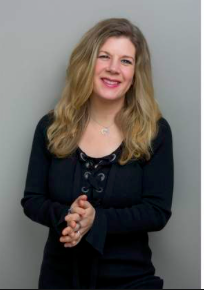 But there was once a day when the one-time aspiring playwright briefly pondered a career singing “La Boheme” and “Madame Butterfly” instead of “Teenagers, Kick Our Butts.”

“When I first got to Boston I also worked for an opera company. When I got there I discovered that I wasn’t so interested in directing opera as singing it. So I signed up for voice lessons.”

Williams sang a few of her own songs for her teacher Jeannie Deva, who was suitably impressed.

“My teacher said, `I think you have a gift.’ She made me stand up for myself.”

Williams then invested time at “open mic” nights, and discovered a thriving folk scene. After releasing a couple of independent cassettes — I Have No History and All My Heroes Are Dead — she moved to Western Massachusetts, stayed home and wrote her first album, The Honesty Room.

Dipping into her savings, she recorded the album in 1993, released it in 1994, and promptly embarked on a 250-date touring schedule which included her integral folk festival appearances.

“At times it felt like I was finding my audience person by person, and I got a lot of feedback from my peers and from my family,” she concedes. “It was hard. It was a bit of a cauldron, but my mettle was tested in the street. But I think I’m a populist at heart.”

On a local note, Hamilton guitarist Bill Dillon contributed his instrumental expertise to four tracks on Williams’ latest album, End Of The Summer.

She’s performing solo at the Lighthouse Festival Theatre, but if Dillon shows up, she’s making him a promise.