Special to The Star

It’s not often that you have the opportunity to shop for acne ointments and body lotion before stepping into a museum that spotlights a bygone era of Toronto’s fabled musical history.

But there The Friar’s Music Museum sits – on the second floor of Shoppers Drug Mart’s brand-new Yonge and Dundas location opposite the Eaton Centre – offering a time capsule snapshot on the site that the Friar’s Tavern and Nickelodeon clubs used to occupy a half-century earlier. 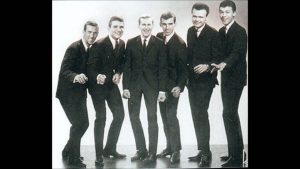 The Friar’s Tavern is the club that, in 1965, introduced the Hawks to pioneering troubadour Bob Dylan, who promptly invited the group to accompany him on the road and electrify his previously untainted folk sound, much to the horror and uproar of acoustic folk purists around the world.

But as local Grammy-winning music archivist Jan Haust – who curated the space along with author and music historian Nicholas Jennings -emphasizes, it’s not just the prominent stories that deserve the attention.

“There are hidden and unknown stories of Yonge Street that have a lot of significance,” said Haust, best known for unearthing and assembling the release of Bob Dylan and The Band’s The Complete Basement Tapes, recently during a tour of the site.

“It’s not just Robbie Robertson chasing after Ronnie Hawkins. There are a thousand stories.”

While the Friar’s Music Museum doesn’t cover quite that many stories, it does spotlight a wide variety of musicians prevalent on the scene in the 1950s and 1960s.

Produced by the Downtown Yonge BIA for Shopper’s Drug Mart, the assembled memorabilia includes reproduced era album covers (including the Oscar Peterson Trio’s live On The Town and a couple by The Sparrow, later known as Steppenwolf); Domenic Troiano’s rainbow-striped stage jacket, his Fender Telecaster and his Fender amplifier – to commemorate the 50thanniversary of the release of The Mandala album Soul Crusade; an assortment of 33s and 45s, including an original copy of Richie Knight & The Mid-Knights CHUM chart-topping hit “Charlena” and several multi-media installations provided by ICON Media, including a fascinating touchscreen timeline that dates back to the opening Massey Hall and covers many of Yonge Street’s lamented long-closed venues: The Colonial Tavern, The Edison Hotel, The Coq D’Or, The Hawk’s Nest, the Town Tavern and the Eaton Auditorium (now The Carlu) among them.

But it wasn’t just rock ‘n roll and jazz that were embraced by the city during that time period: R&B, country and even Caribbean music also enjoyed significant followings.

“Yonge Street was a place where Afro-American and Caribbean artists played alongside white musicians and where female performers such as Shirley Matthews and Dianne Brooks and even a transvestite like Jackie Shane could all become stars,” noted Nick Jennings via e-mail from Berlin.

“It’s the first time a curated exhibit has showcased this little- known side of the city’s rich music history: the bands on Yonge Street that gave Toronto an identifiable sound in the 1960s. More is known about the singer-songwriters of Yorkville, but Yonge had it all—folk, blues, jazz, country, rock and rhythm & blues—and that hasn’t been explored in this way before. Toronto really needs its own music museum and this project is a great start.”

Musicians aren’t the only ones featured in the display, stuffed with contributions from individual donors and the archives of Haust and Jennings: there’s a section devoted to CHUM and the numerous DJs – including Duff Roman and the late Bob McAdorey – who played significant roles in the listening habits of Toronto youth back in the day, and even the menus of certain nightspots. 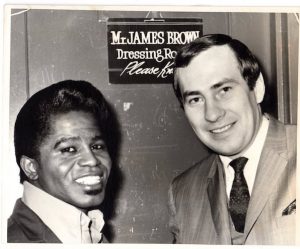 ‘We try to capture and describe an era, not only of this club – but when this club was around, radio was flying,” Haust recalls. “And the DJ was your friend at night when you’re doing homework, listening to him on a small transistor radio with one earbud.”

Roman’s contributions are particularly crucial to the development of the Toronto Sound: as the owner of Roman Records, the future Canadian Music Hall Of Fame member recorded The Hawks, The Paupers and future Blood, Sweat & Tears front man David Clayton-Thomas, encouraging them to write their own material, pre-dating the eventual implementation of the protectionist 30% CanCon legislation that mandates radio and television to fill a percentage of their programming with Canadian content.

“What we have here is a museum statement about pre-legislated culture,” Haust explains. “It’s one thing to have a hit record once Canadian radio is required by law to play 30% content, and it’s entirely a different thing for Duff Roman to take David Clayton-Thomas to the studio on the money he was making on sock hops and record top 10 hits ‘Walk That Walk’ and ‘Brainwash.’ That’s a pioneering foundation.”

However, The Friar’s Music Museum, free to the public, would never have happened without Mark Garner, COO and Executive Director of the Downtown Yonge BIA, who managed to convince Shoppers’ franchise own Andrew Yeh to pony up a significant amount of retail space valued at approximately $200 per sq. ft.

” You’ve got a better chance of splitting an atom in your basement than accomplishing what we’ve accomplished,” joked Garner during an on-site interview before the long weekend.

After being rebuffed by the building’s previous tenant, The Hard Rock Café, to procure some of the Canadian music artefacts that were previously displayed during the restaurant’s occupancy, Garner said Shoppers stepped up to the plate.

“The contribution that Andrew has made – for him to volunteer the space to be able to do this – is truly significant. Shoppers really answered the call and we have a great community partner based on what’s here today. The business is being socially accountable.”

Garner says that the Friar’s Music Museum – which is still undergoing some exhibit tweaks and will be continually refreshed moving forward – is the first step of a program previously complemented by building murals, Nick Jennings’ walking tours and 1997 book Before the Gold Rush, Jan Haust’s 2011 Yonge Street Toronto Rock ‘n Roll Stories TV documentary series and numerous historical plaques – and one that will boost Toronto music tourism.

“This is the flagship,” Garner admits.  “We are working on other micro museums all the way along Yonge Street to preserve the cultural heritage.            “This is a neighbourhood that’s gentrifying quickly. Right now, it’s still living history, so we have to strike while the iron’s hot.”