After all these years, Gary Numan may be the one who is getting the last laugh. 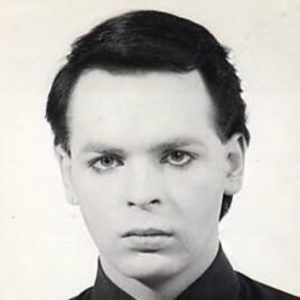 Ever since the self-proclaimed alien of electro-pop and his Tubeway Army blasted their way to the top of the British charts in 1979 with the robotic “Are `Friends’ Electric?,” accidentally launching post-punk’s new romantic era, music critics have never forgiven him.

Even the Star wasn’t impressed when Numan made his Maple Leaf Gardens debut in front of an audience of 5000 on October 14, 1980. In his scathing review, Henry  Mietkiewicz implied that “a vacuum cleaner, a blender, an electric shaver and a strobe light” could faithfully recreate the Numan sound, while the performer himself could be cloned by “a friend with a clothespin on his nose to stand at attention among the gadgets and recite from the phone book in a monotone.”

“Everybody thought I was complete crap, except for the people who bought the records,” Numan recalled Monday (April 26) from the country home north of London he shares with his wife.

“I got quite a bit of bad treatment from the press.”

Despite the nay-sayers, Numan prevailed. His paranoid anthem “Cars” topped the British charts and cracked the Top Ten around the world. By 1980, he had released five albums — Tubeway Army, Replicas, The Pleasure Priniciple and Telekon all hitting #1 on the U.K. charts and a string of fourteen chart hits that ended in 1983 with “Sister Surprise.”

His album output continued at an incessant pace, moving into post-punk funk phase as he averaged an album a year on his own Numa label.

“I’ve been making albums every year since 1978,” says Numan, who makes his first Toronto appearance in 18 years at Lee’s Palace May 7.

“I think I’ve got 17 or 18 albums out. I constantly work. Over here I pretty much tour every year, sometimes twice a year.”

The North American Numan chart invasion began and ended with “Cars,” but the lasting influence from his weighty synthesizer sonics and peculiar vocal imprint lingered on both sides of the Atlantic, inspiring Goth gargantuans Sisters Of Mercy and The Mission through Canadian new wave blips Strange Advance and Images in Vogue.

Today artists ranging from Smashing Pumpkins to Marilyn Manson have acknowledged the Numan effect by performing his songs in concert, while both Manson and Tricky have extended invitations to collaborate on record.

“It’s a sound that I literally did stumble across,” admits Numan, born Gary Webb in Hammersmith 40 years ago.

“I went into the studio in late ’77 to record a punk album, and whoever had been in before me left a Mini-Moog turned on.

“I had never seen a synthesizer before, had no idea what they sounded like, and had no idea how to set them up. But I pressed a key, and it sounded awesome. All the power I’d been trying to get in a punk band on guitar was there with one finger on the keyboard.

“Over the next two days, I converted all my songs over to synthesizer.”

Although Numan acknowledges a kinship with fellow U.K. outfits Ultravox and Human League, he felt that his frosty sound needed something visual to bring it home.

“I felt that nobody prior to me had got the presentation side of it down,” he says. “It was cold, clinical. It needed an image to go with it. Although a few people berated me for it, it did seem to strike a chord.”

The shockwave generated by “Are `Friends’ Electric?” was immediate.

“My music literally went from being a hobby to becoming a multi-million pound business in a few months — a few weeks as far as England was concerned,” Numan recalls. “Four weeks later I was Number One.”

Numan says he arrogantly squandered his success when he announced his retirement from touring in 1981, a move he regrets.

“I was young, actually. Immaturity played a big part in it,” he explains.

“I had quite a lot of success very quickly, and I didn’t handle it very well. I wasn’t mature enough to know what was going on and to see the machinery at work.

“I tried to leave it for a bit to put it into some perspective, try to take a breath. In many ways I wasted the best two years of my life trying to deal with it rather than just enjoying it. By the time I learned that I should just enjoy it, it was gone.”

As a licensed pilot, Numan made the headlines again in 1981 when he landed in India as part of a globetrotting expedition with co-pilot Bob Thompson and was arrested.

“We were put in house arrest for smuggling and spying, if you can believe it, mainly because we wore two watches — one for the current time zone and one for Greenwich Mean time,” recalls an amused Numan. “It was really bizarre. We were there for four days before they let us go, but they kept the airplane.”

Undaunted, Numan returned to England and flew another plane in the opposite direction to complete his adventure. He’s been flying World War II combat aircraft as a display pilot since 1983, and as an instructor for the past five years.

In tune with recent comebacks by Culture Club, Blondie and The Human League, a resurrection of Gary Numan’s fortunes seems poised to take flight.

Last year, Koch International released the first of a pair of tribute albums called Random that features Numan classics interpreted by Pop Will Eat Itself, The Orb and the unlikely pairing of The Rentals’ Matt Sharp  and Blur’s Damon Albarn among others, while a Tubeway Army greatest hits package called Premier Hits  has also been circulating for a year.

Outside music followed with Numan’s latest album Exile in February and is prepping for a May 12th release of The Mix, an industrial spin on Numan classics as rendered by Information Society, Leaether Strip  and Death Ride 69.

Numan says he hopes to secure a North American publisher for his autobiography Praying To The Alien, already out in the U.K.

He’s most excited about his current North American tour, viewing it as a fresh start.

“I’ve wanted it so badly for so long, that now that it’s actually here, it’s frightening because I have to deliver,” says Numan. “In 1980 I had the whole world on my lap, and I lost it. To have a second chance at getting some of it back is quite daunting.

“I’m very, very excited, but shakin’ like a leaf.”