Nelly Furtado is learning just how fickle fame can be. She’s as talented as ever but isn’t pulling in the mega-crowds of yesteryear.

If anyone has been learning a bitter lesson about just how fickle a mistress pop music can be, it’s the uber-talented Grammy and Juno Award winner, who appeared Thursday night at the Sony Centre for Performing Arts.

It’s been 10 years since “I’m Like A Bird” launched Nelly Furtado into the stratosphere of global stardom: with her gilded pipes, multilingual repertoire and adventurous style, she had a handful of strong hits, millions of album sales and seemed to be aloft on the wings of an adoring Canadian public, proud that she was equally popular — if not more so — in territories other than her native land. 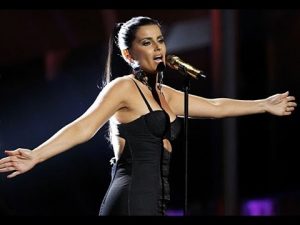 Perhaps it’s been the six-year English-language hiatus between her chart-topping album Loose and last year’s The Spirit Indestructible. Or perhaps the attention-deficit disorder of the mainstream has taken a fuller foothold than one would like to admit. (Furtado released the Latin-driven Mi Plan in 2009 and a Best Of collection in 2010, so she’s been anything but idle.)

But there’s no doubt Miss Furtado has been scratching her head, wondering where her audience has gone — 2013 has not been treating the performing Furtado too kindly. Three shows on this Canadian leg of her world tour were cancelled due to lack of interest and at least one more was shifted to a smaller venue.

Even in Toronto, Furtado’s second home, if you count her birthplace of Victoria as her first, the numbers could have been better. The first floor of the Sony Centre was probably three-quarters full, but those who did attend were treated to a show that was more competent than exciting or eventful.

It was musically solid, thanks to a six-piece band that brandished two keyboards, a DJ and the animated singer-percussionist Celia Palli — a show that was even daring in some places, though lacking a consistent flow.

Part of the problem was due to the hostess. Furtado, whose singing from the first note of “Spirit Indestructible” was flawless, didn’t seem to project much enthusiasm, sticking largely to centre stage for the first few numbers.

Her rigid presence contrasted directly with the sensuous sway of the percussive heavy opener and its follow-up, “Waiting For The Night,” and it affected how the show was being perceived.

There were other performances, hits like “Powerless” and “Try,” that felt as though they needed to stretch out in the coda but were cut off before they could mature into an outstanding climax.

Then there were numbers, like the detour into covers like the lounge lizard nugget “Quando Quando Quando” and a heavy metal crunch version of “Turn Off The Light,” that were daring and transformed Furtado into the musical risk-taker she’s sometimes reputed to be.

It clicked here and there. The call-and-response singalong of “I’m Like A Bird” invigorated the crowd and seemed to elevate Furtado to at least some level of excitement.

But there was no discernible reason for the flat moments — a conundrum that Nelly Furtado will hopefully solve with her upcoming slew of European dates.

Be the first to comment on "Nelly Furtado: concert review"