Name any gigantic country hit of the last two decades or so and there’s a better-than-average chance that it was generated from Nashville, Tennessee.

Sure, Texas factors into the mix, and maybe there’s a touch of Bakersfield in there, too. But for the most part it’s a 30-block-or-so chunk Southwest of downtown Nashville, nicknamed Music Row, that has served as the country music capital of the world since the 1940s. It houses record companies, music publishers, booking agencies, recording studios, management offices, session musicians, and everything else you’d need to make it as an artist or a songwriter. It’s the country music business Mecca of the modern world.

But over the past handful of years or so, Music City, Tennessee, has grown beyond churning out the latest Taylor Swift or Luke Bryan or Lady Antebellum and expanded its horizons to include multi-million-dollar rock ‘n’ roll success stories like Kings of Leon, The Black Keys, Paramore and a relocated Jack White (and his bands The Raconteurs and Dead Weather); platinum rap artist Young Buck; and teen idol pop group Hot Chelle Rae – genres that are giving the town a more musically cosmopolitan reputation.

“The lines are getting blurred,“ agrees Joey Moi, the Tumbler Ridge, BC, native songwriter /producer best known for co-producing several of Nickelback’s million-selling albums, and co-writing the band’s chart-toppers “Gotta Be Somebody” and “Something in Your Mouth.”

“There are literally thousands of talented people just sitting around chomping at the bit to work on anything.” – Joey Moi

Moi has been living in Nashville for the past two years as a partner in Big Loud Mountain, a management/label/artist development firm that has delivered six No.1 singles in a row for country artists Jake Owen and Florida Georgia Line. That includes FGL’s “Cruise,” a song Moi co-wrote, which recently established itself as the top-selling country digital single of all time at six million copies. For Moi, it’s been an eye-opening experience. 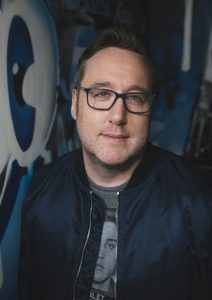 “What I’m discovering is that Nashville is so rich in talent, and not just country,” he says. “When I first came to town, it was so overwhelming to see how many talented people there are in one place. There are literally thousands just sitting around chomping at the bit to work on anything. And the word is just starting to get out.”

It’s up for debate whether or not this change in perception surrounding Nashville is a new phenomenon.

“I would say it’s happening more,” notes Espanola, Ontario’s Terry Sawchuk, a Nashville-based songwriter and producer who topped the charts with Jake Owen’s “Barefoot Blue Jean Night” and has worked with JUNO-award winning jazz singer Matt Dusk on the majority of his albums.

“When I talk to the old-school people – the Roger Cooks [“I’d Like To Teach The World To Sing,” “Long Cool Woman In A Black Dress”] of the world, the guys in their 70s who have been here forever – they say that things have always gone in waves. The L.A. writers would all move here every couple of years because there was more going on here. So there’s always been a history of transient movement, in all styles.

“If you look at most session musicians, songwriters and artists, traditionally, they are not from Nashville. They come here for the great talent pool, steady work, and low cost of living. With them, they bring their diverse influences, which then play a big role in the musical make-up of the community. It’s safe to say now that Nashville is the Silicon Valley of music.”

Sawchuk strengthens the argument that Nashville’s stature as strictly a one-trick country music pony is changing.

“Because there’s an infrastructure, genres that I’ve always written have more acceptance now, more avenues,” he explains. “For instance, the publisher that I’ve hooked up with – Kobalt Music Publishing – is very much an international company, so they’re getting me pop cuts in Germany, Poland and film and TV in Los Angeles.”

The truth of the matter is that Nashville has always been a songwriter’s town, attracting the cream of the crop in just about all areas of the business. However, veteran hitmaker and SOCAN Nashville rep Eddie Schwartz (“Hit Me With Your Best Shot,” “Don’t Shed A Tear”) says the recent spate of international alt-rock success has brought an added influx of visiting talent.

“You have two of the largest acts in the rock or alt-rock sphere who are now based out of Nashville – The Black Keys and the Kings of Leon,” Schwartz notes. “So there’s no question that their presence in Nashville over the last few years has given increased legitimacy to the claim that Nashville is a lot more than country music. They produce a lot of people, and certainly many Canadian acts come to work with them. That means that a lot of studios around town are busy with non-country acts. So it’s an expanded circle.”

Gordie Sampson, the Cape Breton native who has enjoyed extraordinary success with Carrie Underwood (“Jesus, Take The Wheel,” “Play On,”) Keith Urban (“The Hard Way”) and Bon Jovi (“Any Other Day,”) among dozens of others, says that even country music is responsible for some of the change in perception regarding Music City. 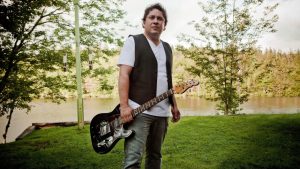 “There’s quite a lot of pop in country now – Carrie Underwood, Taylor Swift, Rascal Flatts, Keith Urban – these are sort of the pop end of country. As country accepts more of a pop influence, guys like myself – I’m really a pop writer at heart – are able to have more success.”

Two strong factors also attracting plenty of non-country creators and artists to the area are economics and the seemingly bottomless talent reservoir.

“As country accepts more of a pop influence, guys like myself are able to have more success.” – Gordie Sampson

“You can get ‘affordable’ housing, and it’s much less expensive to live here,” notes SOCAN’s Schwartz. “That takes the pressure off those of us who are musically inclined, since due to the nature of the business, you don’t know what next month’s income might be. So in a place like Nashville, it’s very helpful.

“Plus there are tremendous resources – the studios, the musicians, all of the infrastructure here to support music, much of which was developed here for country. There may be no other place around with such a concentration of resources for people who want to make music of all kinds.”

It certainly was a selling point for Moi, who made his first trip to Nashville in 2010 to scout and write songs for ex-Default singer and country music convert Dallas Smith.

After developing such acts as Nickelback, Default, Theory of A Deadman, Faber Drive and Hinder, Moi says he was shocked when, at the invitation of local songwriter Rodney Clawson (Jason Aldean, Luke Bryan), he co-produced his first Nashville session for Jake Owen’s “Keepin’ It Country.”

“The idea of going into a studio and recording an entire song in a three-hour period was so foreign to me,” Moi admits. “I’m so accustomed to working with bands, but I’d never hired a band full of professional musicians. On the clock, it can be very expensive.

“But these guys heard the song once, had a chart on a piece of paper, went in there and played it like they’ve been playing it for a frigging decade. It still blows my mind every time I get to witness that.

“That really changed my outlook on Nashville,” says Moi. “If I could do what I was normally doing in Vancouver with the toolbox provided by Nashville, it could be a really neat outcome.”