PUBLISHED IN THE HAMILTON SPECTATOR Thursday, May 18, 1995

Montell Jordan‘s South Central Los Angeles is a lot different from the one portrayed by Snoop Doggy Dogg, Ice Cube or Dr. Dre.

While most rap stars and G-funkers portray South Central L.A. as a violent war zone, Jordan — whose very first single, “This Is How We Do It”, has topped the Billboard Hot 100 for the past six weeks — sees it as the land of opportunity.

“I tend to focus on my neighbourhood, and my experiences of a lower income middle-class family of growing up in South Central Los Angeles,” says Jordan, an R&B singer who combines rap and jazz samples with elements of hip-hop. “I tend to focus on the more positive things, and that’s what separates me from the pack.”

In Toronto this past week to promote his new album, This Is How We Do It, the college-educated former advertising agency employee says life as a gang member never appealed to him. 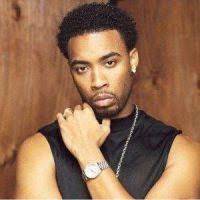 “It was always present, but it was never an option for me,” says Jordan, leaning his towering 6’8 frame against the back of his chair.

“It was never a glamorous life for me. I had a good tight family base. I went to church. I was always a student, always a scholar, always into the arts through music. It wasn’t like I didn’t have a family around and had to find another family who could sympathize with the fact that Mom and Dad both had to work a job. I had a lot of support systems to back me up.”

“I don’t think you’ve got to try and determine my hardness as to whether I beat somebody down or whether I’ve been to county jail or not. I think it’s harder to go to college for five-and-a-half years and pay the finances I’ve paid, rather than go spend 30 days at county jail.”

He’s also hoping that kids are seeing some of the more militant members of the rap movement soften their opinions, and are noting the changes.

“What they’re hopefully finding, is that people change,” says Jordan. “They’re watching Ice Cube change from chanting ‘F*** Tha Police’ to being very political to now doing comedy movies about the ‘hood. That he’s progressing as an artist, progressing as a black man, and as an individual who is from the street but has taken that experience, capitalized on it, and is moving onto other areas.”

As for his own following, Jordan takes his role seriously.

“I feel that it’s my responsibility that I try to set a proper attitude, a proper role model for young people to look at. I’m a well educated college individual. I’ve been in the working world. I’ve been in all kinds of different economic situations.”

Scheduled to tour with Boyz II Men and TLC throughout the summer, Jordan says his ultimate goal is to be the Quincy Jones of his generation.

“I would like to be revered in this industry the way that I revere him,” says Jordan, “As a musician, producer and a person who has made his mark, paid his dues, and doesn’t have a damn thing to prove to anybody. Even today, 30 or 40 years later, he’s still the man.”

The only aspect of public life Jordan says he hasn’t come to grips with is the press, who he says won’t respect his privacy. 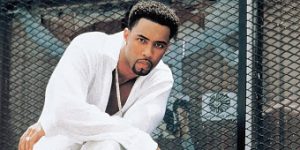 “So why should I say I’m 21-years-old to please all the younger people and then have a 35-year-old woman say, ‘Oh, he’s just a baby.’ Then if I say I’m 28, and put myself in an upper range, where people say I’m more mature, younger girls will be thinking, ‘He’s an old man.’

‘Why can’t I just be Montell, someone who everybody likes? The media doesn’t accept that answer. They wanna know. Eventually, someone’s going to find my birth certificate and just print it.”

Well, Montell, that’s how we do it.