Jewel Kilcher is folk music’s newest diamond in the rough.

Just 21, Kilcher — billed as Jewel — has been living the life of a traveling minstrel, enduring an endless series of one-nighters to promote her new Atlantic album Pieces Of You. 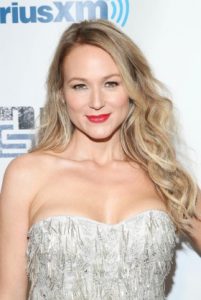 “He’s a very nice man, an old school musician,” said Jewel recently from her San Diego home. “It was nice to meet a musician who’s been around a long time. When he walked into the studio, the first thing he said was, ‘I play for the musician, ma’am, not the mothers, not the managers, not the record companies.’ It was really nice to have that support.”

Jewel herself comes from an old school musical background. She used to accompany her father Atz in her native Alaska as a singer whenever he toured the hotel circuit .

“I was raised to believe you do a show,” says Jewel, who used to accompany him on tour as a singer. “You have to be professional. You can’t bring your personal life on stage. You have to dress clean. I was just raised that way with my Dad doing all the barrooms.”

While most of our own impressions of Alaska are based on the fictional town of Cicely thanks to the TV series Northern Exposure, Jewel reveals that growing up on an 800-acre homestead just outside Homer didn’t include the normal amenities of modern-day living.

“We didn’t have running water. We had a sauna every Sunday night, which was our bathing night. Neighbors from about 20 miles around would come in, and take a sauna together. We’d have a pot luck every Sunday night. We had a coal stove. No electric heating. I had to hitchhike to school. We didn’t really shop for groceries. We butchered cattle, and fished, and had gardens.” 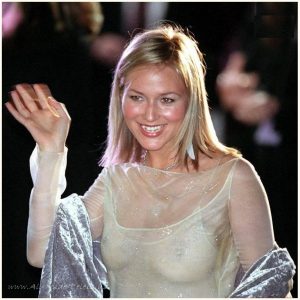 The arts were also encouraged.

“I’d say one key that really added to my creativity was my parents,” says Jewel. “My father was from Switzerland, and his father came to Alaska to a homestead of theirs. He didn’t go to school until the eighth grade, so he was raised on singing and poetry and writing and things like that. So I was raised with that very instilled in me.

“There were poetry workshops every Monday night, and my Dad was a songwriter, so it really molded me.”

Whenever the stresses of life became briefly intolerable, nature also provided Jewel with an escape route.

“If things got really hard, I could go outside, get on a horse and go into the mountains for a couple days instead of drinking a beer,” says Jewel. “And it really fostered a great love for beauty and simplicity, and that’s really what I draw on to keep me going. When you’re surrounded by that much beauty, you can’t help but feel okay about humanity.”

A guitarist and songwriter for only three years, Jewel decided to move to San Diego to join her divorced mother after graduating from Michigan’s Interlochen Fine Arts Academy. A series of dead-end jobs led to the decision to pursue music, which began a residency at San Diego’s Innerchange Cafe, and eventually led to the Atlantic album deal. 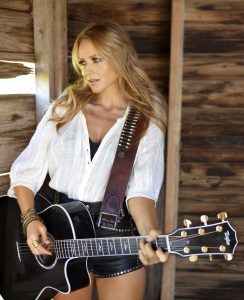 Possessing a snow-pure soprano and a lyrical wisdom beyond her years in songs such as “Who Will Save Your Soul” and “Pieces Of You,” Jewel says songwriting has taught her self-examination.

“The beauty of writing is that it makes you intimate with yourself, and that’s what therapy does for you,” says Jewel. “We’re not taught how to think about ourselves, how to understand our emotions, and how to understand other people’s emotions. It really helped me to know myself, and I feel really confident that whatever happens in my life, and whatever blows I’m given, I’ll be able to get through it.”