Gonzalez puts keyboards front and centre, and the result is a sold-out Sound Academy.

When Anthony Gonzalez was seven years old, he took a hit of Oxygene that changed his life forever.

Gathered around their living room with the rest of his family in Antibes, France, the future principal of M83 watched fellow Frenchman, electronic music synthesis and Oxygene composer Jean-Michel Jarre deliver one of his dazzling outdoor spectacles on live television . . . and was instantly smitten. 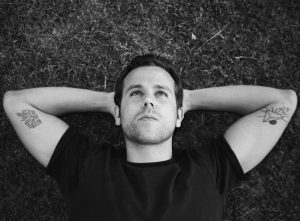 “He was playing all these amazing-looking synthesizers from the ’70s,” recalls Gonzalez, who brings synth-dominant four-piece M83 to the Sound Academy for a sold-out show Sunday.
“It was visually an amazing experience for a kid to watch this, and since that moment, I’ve had this love for synthesizers and electronic music.”

Gonzalez, who formed the band named after spiral galaxy Messier 83 in 2001, assumed full creative control of his endeavour following the 2004 departure of co-founder Nicolas Fromageau.

With a mixture of ambient atmospherics, resonant soundscapes, catchy hooks and quiet reflection, Gonzalez’s M83 has been making steady inroads through five albums, including 2005’s Before The Dawn Heals Us and 2008’s Saturdays=Youth. But the breakthrough seems to be happening with last year’s Hurry Up, We’re Dreaming, an ambitious 22-song opus that features the song “Midnight City” – an online hit that has also made its way into a Victoria Secret commercial and an episode of HBO’s How To Make It In America.

With a scarcity of radio airplay behind him, Gonzalez admits that TV and film placements have enabled him to continue and build on his craft.

“Nowadays, in the music industry, you have to make money, and you’re not doing it by selling albums anymore,” he explains. “So publishing is the way to achieve that.
“When I was 20-25, I was very cautious about my music being used for commercials and TV shows. But now, I think it’s a great opportunity to reach people who don’t listen to music very much and only watch TV, to introduce them to my music.
“I’m being more ambitious, and I want my music to be heard by as many people as possible.”

He also credits his relocation to Los Angeles two years ago for his career boost.

“I spent 30 years of my life in France and I just needed a change,” admits Gonzalez, 31. “It was a career move as well. L.A. is great for musicians and artists — it has a great music scene, a lot of amazing record studios and producers.
“It was a perfect choice to also experiment and enjoy a different culture. And when I look at the success of this album, I feel like I made the right choice.”

The move to L.A. also placed him in a position to pursue another passion: film scoring. 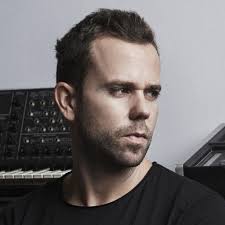 “I would love to score films,” Gonzalez acknowledges. “Those projects are fascinating because it’s not your album anymore: it’s a collective with a director, a production company and a whole team. I like the idea of being part of something, and not the centre of it.”

Not surprisingly, he describes Hurry Up, We’re Dreaming as “a soundtrack for a movie that doesn’t exist” and a sonic throwback.

“I think the sounds I’m using are very ’80s, that’s for sure, but that’s OK. It’s part of my musical culture and I’m kind of proud of it. To me, it’s probably the greatest era of music ever.”

Be the first to comment on "M83 synthesizes some stardom"