If you could read his mind, what a tale Gordon Lightfoot‘s thoughts could tell.

He’s a 16-time Juno winner, a Juno Hall Of Fame inductee and known for a string of songs over four decades that have helped develop and define Canada and our culture. He was awarded the Order Of Canada in 1970 and the Order of Ontario in 1988.

Lightfoot released his 17th studio album Waiting For You  earlier this year. He is in concert at Hamilton Place Wednesday and then plays a Friday gig at the SkyDome with Simon & Garfunkel for The United Way.

You’d assume that a singer-songwriter about to turn 55 and with his sort of credentials might revel in the accolades that come his way. 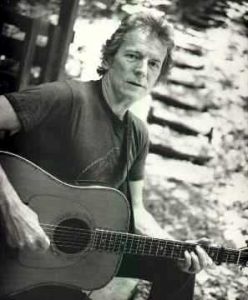 But anyone planning a tribute to the writer of such national treasures as “Early Morning Rain,” “Sundown” and “The Wreck Of The Edmund Fitzgerald,” or anyone wanting to approach him about writing a biography, be forewarned: he isn’t interested.

“Why? Why? I’m a very humble person. I don’t need tributes. I don’t need books. All I need is my guitar, my songwriting ability, and some people to play for.”

CBC Radio found out about Lightfoot’s reticence the hard way. The company put together a tribute recording of Canadian alternative rock bands (including Hamilton’s own Junkhouse), each singing their favorite Lightfoot classic. Recording for the project was just about fnished when Lightfoot, acting through his management-publishing company Early Morning Productions, exercised his right of refusal and killed the project.

“I didn’t really have anything to do with that,” Lightfoot protests at first. “It didn’t seem like it was a very good idea. I mean, why?

“I didn’t know that they were as far along with it, actually. I thought they were just talking about it.”

He then offers an explanation for what can be — and often has been perceived as — his contradictory nature.

“You know what? I’m too humble. I’m humble to the point of feeling inferior most of the time. And I’ve had this treated because I suffer from depression. So I can talk to you about that, but it’s a very nebulous topic.”

Lightfoot says he’s been fighting depression since “I came face to face with my mortality at age 10.

“With some people, it happens a little bit later in their lives. You realize you’re gonna die. It hits everybody between the eyes like a big stone around pre-adolescence. It hit me when I was 10, and I’ve been depressed ever since.”

While he doesn’t feel he’s particularly gifted, Lightfoot does own up to one characteristic.

“I’m a very practical person. Through music, I’ve been able to pay — through all my marriages and divorces and all my child support — alimony, palimony, everything.”

Lightfoot has always had a strong, unwavering, career direction.

For trivia buffs: The first song he ever wrote, at age 17, was called “The Hula Hoop Song.”

He sang in choirs, barbershop quartets, and even tried his hand at jazz drumming. After graduating from high school, he enrolled at Los Angeles’ Westlake College to study theory and orchestration.

When he returned to Canada a year later, Lightfoot supported himself as a bank teller during the day and worked as a copyist and orchestrator during the evenings. Eventually he became part of the Swinging Singing Eight, a song-and-dance troupe on the CBC-TV series Country Hoedown, the forerunner of The Tommy Hunter Show. 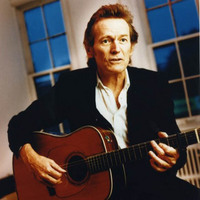 In 1958, Lightfoot heard the music of The Weavers and formed The Two-Tones with pal Terry Whelan. In the early ’60s, he travelled to England to host a short-run BBC television series on country & western music.

Back in Canada, Lightfoot quickly established himself as the main draw on the Yorkville folk scene. Steele’s Tavern, The Purple Onion and The Riverboat, as well as Hamilton’s Downstairs Club, were all part of his live circuit. He performed the occasional guest spot on such seminal Canadian TV programs as Nightcap, Take 30, A La Carte, and Let’s Sing Out With Oscar Brand.

Ian and Sylvia (Tyson), then signed to Vanguard Records and managed by Albert Grossman out of New York, saw Lightfoot at Steele’s Tavern and they did cover versions of “Early Mornin’ Rain” and “For Lovin’ Me” on an early Ian and Sylvia album. Grossman eventually brought Lightfoot to New York, placed both those songs with Peter, Paul & Mary, and got him a contract with United Artists Records in ’64.

Since then, Lightfoot has released 19 albums (including two volumes of his Gord’s Gold  anthology) and his publishing catalogues includes approximately 250 songs. Lightfoot songs have been recorded by more than 500 other artists, ranging from Harry Belafonte and Johnny Cash to John Bottomley and Nanci Griffith.

He’s been nominatged for four Grammies, has three U.S. million-seller albums (Sundown, Summertime Dream, Gord’s Gold)  and a fourth teetering on the brink (Sit Down Young Stranger, at approximately 995,000) and numerous gold and platinum albums in Canada.

He even made a 1983 movie called Harry Tracy, co-starring as a sheriff with Bruce Dern and Helen Shaver.

In his private life, he’s been married twice and has five children by four women. He has licked an alcohol problem and has been dry for the past 10 years. He’s a staunch enviromentalist and has spent many vacations in Northern Canada, trekking through the wilderness or on river expeditions.

As for regrets? He’s had a few.

“Anything I might have said originally about this business,” says Lightfoot, who was once very critical of it. “Remember about 20 years ago, when the industry took shape in Canada? Certain government rulings about Canadian content?

“I say today that that has worked. It has worked wonderfully well and we have a healthy industry that has given quite a few people a shot up the ladder here in Canada, and abroad.”

Why the change of heart?

“I didn’t think about it enough,” he replies. “I couldn’t figure out why they were giving me Juno Awards and stuff because I didn’t think I deserved those things at all. That’s why I made some of the terrible embarrassing comments I made when I was up there (accepting).

“I guess I was the only one they could give it to, until some others came along. Well, Anne Murray and myself. For five years it was Anne and Gordon. But it’s not like that now.

“Many more people have come up through, plus all the people that have taken out Green Card (U.S. Resident) status such as Neil Young and Joni Mitchell.”

For the record, Lightfoot has never applied for a Green Card.

“There is no need for me to move to the States at all. I don’t need a Green Card, nor do I have any great moving desire to move Stateside.

“I like the States. I like Canada. I like the countryside and the land and the soil and the earth and the trees and the lakes.

“The upper North American continent is a beautiful place to live and we’re all damn fortunate to have been born here.”

Lightfoot says his new album, Waiting For You,  is an extremely personal one. He suffered writer’s block for eight years before recording it.

“I had to dig pretty deep to come up with that one,” he says. “You’ve got to plumb the depths for lyrics. I’ve experienced most things in life. I’ve loved and lost, and got five kids to show for it. I knew a few things. I can plumb the depths of my soul a little bit, and get some of that stuff into those songs, because I know other people can relate to that, too.”

And he says he holds no resentment that his albums haven’t — in his words — sold “billions.”

“None whatsoever,” says Lightfoot, not writing songs for a new album.

“I tell you, just being a part of it is a privilege. I’m just happy to be doing it. I’m 55 years old now, and I hope to be able to continue on for awhile.

“God — I’m starting to sound like a hockey player!”