51-year-old Grammy winner and 2001 Country Music Association Female Vocalist of the Year is at the Horseshoe Jan. 24.

After spending the better part of a few decades building her country music career as part of Nashville’s Music Row label machinery, Texas traditionalist Lee Ann Womack is calling her own shots these days. 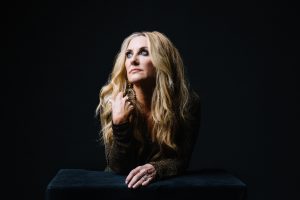 It’s the reason why her latest project,  the exceptional The Lonely, The Lonesome & The Gone, is only her second album release in 10 years and why its music is in such a Lone Star state.

The 14-song effort, produced by Womack’s husband Frank Liddell (Miranda Lambert, Eli Young Band), is a largely self-contained collection of haunting hurtin’ songs predominantly penned by the singer and her guitarists Waylon Payne and Adam Wright, with a few Texas-connected covers (“Long Black Veil” and George Jones’ “Take the Devil Out Of Me”) thrown in for good measure.

“I’ve always known that I wanted to go back to Texas to make a record and that I wanted it to reflect my East Texas roots,” said the native of Jacksonville, about halfway between Dallas and Shreveport, La. The 51-year-old Grammy winner and 2001 Country Music Association Female Vocalist of the Year will make a rare appearance at the Horseshoe on Jan. 24.

It’s only during the past couple of albums, beginning with 2014’s Americana covers classic The Way I’m Livin’, that Womack truly has eschewed the trappings of corporate Music City, following a long association with the Tennessee branch of the Universal Music record label.

“Frank tells the story where we were at breakfast one time having a meeting and I just looked at him and said, ‘You know, I’m tired of being a kid. I want to grow up musically. I want to get out of the sandbox, get off the playground and I want to make grown-up music,’” Womack recalled recently over the phone. “And that’s when we made The Way I’m Livin’.

“I just took some things off the table that I had always considered in the past, one being commercial radio: I’m not even one tiny bit interested in what they’re doing. There’s nothing about me that enjoys that commercial part of this business. And so that went off the table immediately and that really changed things a lot.”

That’s not to say Womack didn’t enjoy her successful run with a major or prime herself for the business: she attended Belmont University’s music business program and interned at MCA Records before signing a deal with the label.

“Not too long after that I married my first husband (Jason Sellers), who was road-managing with Ricky Skaggs, so by the time I got my own career going I had a real good idea of how things worked,” she says.

After getting off to a quick start with her first two albums, 1997’s Lee Ann Womack and 1998’s Some Things I Know (and the Top 10 hits “Never Again, Again,” “The Fool,” “A Little Past Little Rock” and “I’ll Think of a Reason Later”) the singer hit the motherlode with 2000’s “I Hope You Dance,” landing a pop crossover hit and sweeping every Single of the Year award except for the Grammys. 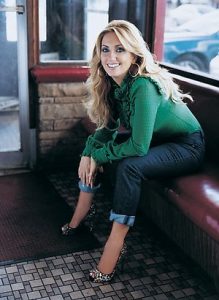 Womack says her quick chart victories enabled her to adjust an onerous record deal that financially didn’t favour the artist as much as the label.

“I was one of the fortunate ones in that I had some hits right off the bat and was able to renegotiate pretty early on,” Womack explains. “So that puts you in a good position. Artists that keep having Top 40 hits but not any higher, those artists really get in a bad way. But I think the main thing that I learned after moving to Nashville was that most people do not make decisions based on music. They make decisions based on either getting famous or business. It’s more like they’re just making widgets and that was the most disappointing thing to me.”

But Womack harboured no bitterness, even after delivering two albums to the label that she refused to release because she was unhappy with the results.

“When you sign a record deal and you agree to make commercial music, you want everybody at your record label to be happy and to win; it’s a team effort,” she says. “But it became all about me trying to make somebody else happy. It became a constant struggle the entire time I was on a label on Music Row. I worked with some wonderful people who so many times along the way let me do exactly what I wanted to do and I’m very lucky in that respect.

“But I was in a business that does not appreciate the kinds of things that I do. And ultimately, when it comes down to it, it’s my own fault because I signed the deal and I agreed to do it. So I don’t blame anybody but myself … I’m just really lucky to be in a place now where I can focus on making music that I love.”

While songs such as the desolate blues wail of “All the Trouble” and “Hollywood,” a heartfelt lament about a drifting romance, are among the album’s well-crafted songs, there’s a melancholic tone of country blues that runs throughout the album.

Womack feels it’s a characteristic that runs deep in the Texas troubadour.

“I think there’s a lot of melancholy in our makeup,” says Womack, pointing out that her guitarist Payne is also a Texan. “George Jones, Janis Joplin,Lightnin’ Hopkins: there are the artists that all came from that same area and it’s sort of a common thread, I think, in my opinion, with all of us.”

It’s certainly honest music for which Womack feels the need to continue to carry the torch and keep a tradition intact.

“I’m a country singer and country music is an art form,” she says. “I wouldn’t say it’s dying, but people are very confused about what it is, so I’m going to remind them.”