Singer in town to play the Phoenix, with a new album that’s dancier and more electronic than before.

When you write a song as invigoratingly infectious as the 2006 strum-driven, romantic, self-empowerment anthem “Black Horse and the Cherry Tree,” the desire to try to creatively repeat that magic can be overwhelming.

However, Scottish singer and songwriter KT Tunstall has felt no such compulsion.

“You know that’s what everybody wants,” says Tunstall, 35, who plays the Phoenix Concert Theatre Tuesday in support of her new album, Tiger Suit.

“But it will never happen again, so I don’t even worry about it. The nice thing about having a big hit single is that it’s this skeleton key that opens up the weirdest cupboards and doors, and you end up going on such a funny journey.” 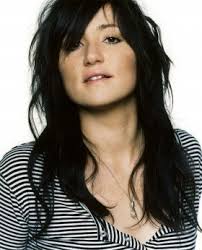 Speaking by phone from Indianapolis, Tunstall reveals that one of those doors was an invitation — with a ragtag bunch of 19 other musicians that included Ryuichi Sakamoto, Feist, Robyn Hitchcock, Martha Wainwright, Laurie Anderson and others — to partake in the Disko Bay Cape Farewell Project, and visit a Greenland glacier to personally witness the impact of global warming on the Arctic.

For Tunstall, it was the trip of a lifetime that ended up serving as a catalyst for creating and recording Tiger Suit.

“I found it to be a much more profound experience than I first thought,” she explains. “It was the first time I had taken time out after six or seven years of straight touring, and the first time I had taken time off where I knew I was embarking on a record. So the whole thing was reflecting my productivity and ability, and it really made me question myself and what I was doing.

“It ended up making me push myself harder, I think.”

After recharging her batteries with the Disko Bay expedition and four months of travelling with her drummer husband Luke Bullen, Tunstall hooked up with producer Jim Abbiss (Arctic Monkeys, Kasabian) and sequestered herself in Berlin’s famous Hansa Studio — where classics by David Bowie, Iggy Pop and U2 were recorded — to incorporate elements of electronica into a sound she dubs “nature techno.”

“It was great to be able to embrace electronica, because I’ve always loved it, always been a fan of it, but just always thought it would potentially hinder the emotional aspects of what I did,” Tunstall states. “I found a way of using it which ended up fermenting emotion and in turn, really helped me fall in love with experimentation in the studio, which I really had not previously experienced.

“That was fantastic for me.”

Songs such as “Glamour Puss” and “Fade Like A Shadow” offer comparable buoyant energy and acoustic octane to some of the most memorable material on Tunstall’s breakthrough, Eye to the Telescope, but Tiger Suit’s robust rhythms seem to be a little more influenced by club life this time around.

Tunstall credits the liveliness to the sonic simpatico she shared with producer Abbiss.

“The great thing is that we both shared this passion not only for dance music, but any genre of music,” says the Edinburgh native.

“Plus Jim is so good at finding the personality and individuality of a song and magnifying it.”

For her part, Tunstall was concerned about whether she could live up to her own standards with the 11 songs that eventually made the Tiger Suit cut.

“My biggest challenge was attempting to impress and excite myself enough to get me back out doing it again,” she admits.

“It’s such a commitment to bring an album out — the energy spent; probably the two years where you won’t see friends or family — it’s sort of like being an astronaut: You get into your little pod and you disappear for a couple of years.

“You’re committed 24/7, living on a bus with 11 other people, talking about yourself for quite a few hours a day and putting on the best show that you can.

“I needed material that would take me out to do that again. And I think I was slightly nervous that I wasn’t going to manage, so that was the biggest challenge. And I guess the biggest reward was managing it.”

Despite her confidence that she’s risen to the task, Tunstall isn’t exactly sure what her role is in today’s pop world.

“I feel a bit in limbo at the moment,” she concedes. “I’m really not sure where I fit in at the moment, because music — the turnover is so exponentially lightning quick — that I hear people talking about ‘Suddenly I See’ as an old song, although it’s five years old and doesn’t feel like an old song.

“There’s such a preoccupation with the ‘new’ in music right now. Everybody wants the new thing and you think, ‘Where do you stand as a career artist, where you want longevity and you want to keep experimenting and trying stuff.’”

She’s not beating herself up over it.

“The new album feels very fresh and I’ve been very pleased with the reaction to it, but it’s not something I need to worry about too much: just get on with doing what I want to do and focus on putting on good shows. I think it will work itself out, hopefully.”

Tunstall says she’s looking forward to returning to Toronto, which she calls a “welcoming place” and one that sticks out in her memory from her first visit five years ago.

“My favourite memory is when I first came to Toronto, I performed a showcase at the Drake Hotel and my label rep spray-painted my name all over the pavement in front of the hotel,” she recalls.

“He thought he had used soluble paint and he hadn’t. So my label ended up getting billed for graffiti removal, which I thought was really cool.”