Since you really liked her “Milkshake,” Grammy-nominated singer and songwriter Kelis is banking that you’ll really like her new line of sauces.

Kelis (pronounced Kuh-leese) Rogers has expanded her musical career to embrace a culinary one, as she’ll demonstrate at Harbourfront on July 11 as part of the venue’s Brave: Secret Lives, Second Chances series, where she’ll cook up a few dishes that will feature her signature Bounty & Full line of sauces.

And although she’s still in the planning stages of what she’s going to whip up at Harbourfront – at least one item on the menu will have a Canadian origin.

“Even though it’s not specifically considered to be a Toronto dish – more associated with Montréal – I was going to do my take on a poutine,” she said over the line from California earlier this week.

“It’ll probably be unrecognizable when I’m done with it, but it’s pretty cool. And then from there, I have no idea.”

Not to worry, though: improvisation seems to be second nature for Kelis.

From the moment she landed on the public radar doing some work for production and recording duo The Neptunes –  Pharrell Williams and Chad Hugo – back in the late ‘90s, she’s flitted her way through six albums and a number of styles. Genres she’s covered range from R&B and hip-hop to EDM and pop, and a partial list of collaborators proves just as intriguing: Björk, Black-Eyed Peas Will.I.Am, TV On The Radio’s Dave Sitek, Busta Rhymes, Calvin Harris and Beenie Man. 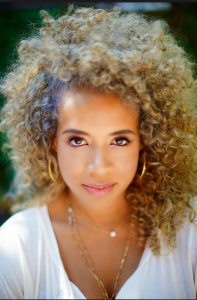 To date, however, 2003’s saucy single “Milkshake” and its album Tasty being her biggest global successes to date.

During this period in her life, while she was enjoying such Top 20 European hits as “Caught Out There,” “Good Stuff” and “Trick Me,” record label frustrations at home led her to eventually enroll for a year at Le Cordon Bleu, where she discovered her specialty as a saucier.

“I just needed something different,” says the New York-born Rogers, 39. “I just wanted to do something else and see what else I could try my hand at.”

On the culinary front, Kelis debuted her sauce line – then called Feast – in 2013 and made it available for retail under the Bounty & Full insignia in 2015. She also hosted her own Saucy and Sweet TV series on The Cooking Channel and authored a cookbook, My Life On A Plate.

Victuals also seeped into her music, especially with 2014’s soulful Food, where titles among the 13-song collection include “Breakfast,” “Jerk Ribs,” “Cobbler” and “Biscuits ‘N Gravy.”

“The irony of it all now is funny,” Rogers comments. “It was never an intentional decision that I made.  It’s just how I think.  I don’t know – maybe because I just really like to eat and I really like to cook, it just sort of came out that way. It wasn’t some actualized plan.”

Exclusively available on the bountyandfull.com website –  Rogers describes the eight flavours she offers, ranging from Spicy Aji and Jerk Sauce to Apricot Mustard and Pineapple Saffron, “is something delicious to add to something that is already done for you.”

And she doesn’t think mixing careers in music and cuisine is all that unusual.

“We are all so multi-faceted,” says Rogers. “I don’t really know anybody who is just one thing. If people are honest with themselves, we are all such a diverse compilation of heritage and surroundings – it’s that constant conversation of nurture vs. nature.”

On the food front, Kelis says she’s in the midst of rebranding and growing her own produce on her farms located in Colombia and California, “taking some control for our food and being in control of our intake.”

Pressed on whether her fans will see the album later this year or in 2020, Kelis is cagey with her answer.

“That’s a rather stressful question,” she chuckles.