If you’re wondering where three-time Juno award winner Kiesza has been the past couple of years, don’t blame her – it’s not her fault.

The Calgary-born singer and songwriter – best known for taking the world by storm by her house-influenced dance smash “Hideaway” and its accompanying album Sound of A Woman –  had just relocated to Toronto two years ago from the Big Apple when tragedy struck.

“I was in a downtown Toronto intersection in an Uber in the back seat and we were t-boned by a taxi who ran a red light,” said the woman born Kiesza Rae Ellestad.

“That gave me a traumatic brain injury, which affected a long things: my balance, my digestion, my immune system, my vision.”

Not only did the accident put Kiesza – who plays her first sell-out Toronto gig on Saturday night at the Drake Underground since the accident – and her career in limbo, but that wasn’t the worst of it: it took her another six months to realize the full extent of the injury.

“Then I spent six months in a dark room and was determined, after that, to heal myself.”

Countless visits to Canadian physicians and hospitals provided little relief, so she flew to Los Angeles “for the most alternative treatment available and literally offered myself up as a guinea pig.”

Kiesza said of the experimentation helped; some of it didn’t, but it’s taken her two years to get back to releasing music, which she’s done with her latest single “Sweet Love.”

In fact, if you want to gain a tiny notion of the ordeal that Kiesza experienced, check out the “Sweet Love” video captured on film by Danish director Sara Jordan: in different frames, Kiesza bares herself with strategically placed hands covering her modesty; writhes around as she’s covered in a black mesh and even manages to do a little dance. 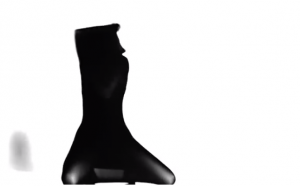 “I think that really relates to what I’ve been feeling through in this injury. I’ve been in this black hole which has become my den and my safe space but has also been my jail.

“And it has restricted me from my life, and that image shows me pushing the boundaries of this enclosed space but also changing the shape of it.

“I’m also completely naked inside of it – me and nothing else. There’s been this feeling of being alone through this whole journey, because there’s only so much I can say what I’m going through that people can relate to.  The rest of it, I’m on my own. Every brain injury is unique.”

Even though Kiesza credits her incredible willpower for helping with her recovery – part of it absorbed through a stint with the Royal Canadian Navy reserve as a naval communicator – she knows she’s not out of the woods yet.

“I do struggle because sometimes my head still crashes, “ she admits. “I never know when or what’s going to push it over.”

Even when she first resumed songwriting, Kiesza admits it was a chore.

“I was able to write – but doing anything involved with complicated thinking would just put me in bed for like a week,” Kiesza recalls. “So I’d write one song and then be in bed for a week.

“I’m at a point now where I crash, but I don’t crash that much. I still deal with a lot of headaches and at times I lose my balance and still have distortion of vision.  Some things I don’t know if they’ll ever go away – what’s permanent and what’s not, but I’ve adapted to my injury and getting used to this new me.”

The Drake Underground concert  – which is an acoustic show featuring Kiesza on ukulele and an additional guitarist – will only be her third of five performances, following a successful show earlier this week at New York’s Rockwood Music Hall and a Montréal appearance tonight (Friday), with San Francisco and L.A. on the docket for next week.

She’s easing back into it – and says the show will reflect, in a way, her early beginnings as a folkie.

“I’m not at a point yet where I can fully dance a show, but I was fully determined to do a tour,” says Kiesza. “I started as a folk singer before I did the dance thing and I kind of miss that side of myself. It’s a win-win because I can play new songs without giving them away in a sense that people won’t hear the produced version.”

While she ponders further dates, Kiesza says she’ll be putting out a ton of singles during the remainder of 2019 before releasing a hybrid album of older and current material early next year.

She’s also appreciative that her fans have stuck by her.

“I’m just so thankful and grateful during this disappearance that they’ve stuck around, are still there and have been more supportive than ever,” says Kiesza. “I have so much to give them now. I do see the silver lining coming out of all this darkness and I’m excited about that.”