PUBLISHED IN THE HAMILTON SPECTATOR ON THURSDAY, NOVEMBER 10, 1995

It’s the first thing you notice about Joe Jackson when you enter the room: his face is expressionless, and his eyes practically protrude from their sockets as they settle on you for the first time. 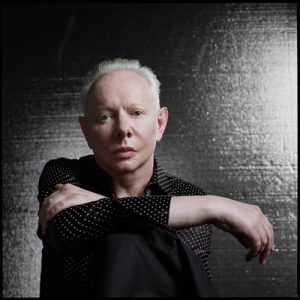 Unsettling? Yes — especially in light of Jackson’s reported wariness of journalists, a career-long disdain so well documented back in the early stage of his career in his song “Sunday Papers.”

Intimidating? Yes. Joe Jackson does not care to speak to the press often, and has a reputation for being a tough interview — stemming back from all those Elvis Costello comparisons back at the height of the new wave explosion.

Once the interviewer is seated and the record company representative disappears, so does The Glare. It only returns whenever a Virgin rep enters the room to check on the status of the interview.

Jackson looks many years younger than 40, which he turned last August, although his blond dye job is a bit of a shocker. But he says turning 40 wasn’t the earth-shattering experience some people might believe.

“It’s not a major milestone,” says Jackson, born in Portsmouth, England. “I know a guy who thought he was having a major mid-life crisis in his early 40s, and I told him I just think of life as being an endless series of crises.

“I much prefer life at 40 than life at 20. My life does not revolve around MTV or the Top 40. Obviously we live in a youth-obsessed culture and I think it’s a shame that there’s not more recognition that acknowledges that good and bad things happen at every age. I still define myself as young. I’d only feel old if I was competing with the latest 19-year old MTV generation idol.”

Still most famous for songs recorded earlier in his career – the snappy “Is She Really Going Out With Him”, “I’m The Man” and “Steppin’ Out” – Night Music is clearly a more atmospheric album. A melange of moody, dream collection of introspective sounds and imagery that could only be described as nocturnal, the symphonic and operatic elements of Night Music beg one particular answer from Joe Jackson: does he consider himself a songwriter or a composer?

“I think it’s okay to be both,” Jackson responds. “I think of myself as a composer that writes songs among other things.”

After 1991’s Laughter And Lust — a collection of irresistible pop songs — Jackson needed a hiatus from music to help spark his creativity.

“I work in short bursts, and in between I find I have to get away from music completely. I didn’t write anything for three years — except for a few small film scores–and it worked. I really had a feeling that I was working on this blank canvas. It was really exciting and liberating.” 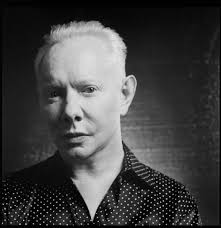 For those familiar with Jackson’s work, Night Music is as daring an album as 1987’s instrumental Will Power, or any of his soundtracks, which include Mike’s Murder and Tucker: A Man And His Dream.

“Most people have only seen the tip of the iceberg,” acknowledges Jackson. “People see only MTV or hear pop rotation on the radio. What kills me are the people who review the album and say, `Oh, it was just like his last album.’ I came to the conclusion that 99 percent of them didn’t last to my last album — and probably haven’t listened to my last four albums. I gather that that’s what people just like to say. It’s a rock and roll cliche. It’s frustrating if you let it become frustrating.

“All my records are quite eclectic. It’s very difficult for me to analyze them. It’s like unraveling all the strings. It’s like making a meal and trying to figure out each ingredient.”

Jackson admits that he still gets frustrated time to time with mixed perceptions, but says, “I’m sort of past that. I think I’ve been around long enough. It’s probably my thick skin.

“When you live in New York, you walk around in a suit of armor,” he laughs.

Night Music marks a new step in that Jackson has a trio of guest vocalists on the album, including Clannad‘s Maire Brennan. Yet he wonders why journalists ask him about using singers other than himself.

“I think that’s a strange question. Perhaps a better question is why shouldn’t a songwriter sings all his own songs,” says Jackson. “I think I have a rather limited singing ability. I think I’ve gotten better to know what my capabilities are over the years. But I don’t want to limit myself. I’m even thinking of making a record where I don’t sing at all.”

That record will probably follow a symphony that he hopes to finish next year. Jackson says it will be different, eschewing traditional orchestral instruments in favor of synthesizers and samplers.

“I’m very interested in linking the past and the future,” says Jackson. “Pop music as an industry is very focused on the present, and I think by going back to the past we can only make progress into the future.

“In my symphony, I’m not trying to create a Brahms symphony. There are certain structures, certain principles of the computer, where you can use contemporary technology to go forward, take ideas from the past and combine them.

“If you’re creating from the heart, it will be eclectic because it reflects the type of person you are. If you have respect for the elements you draw upon, then that’s the way progress is made.”

Jackson is about to undergo a three-week North American tour — he plays Toronto’s Danforth Music Hall on December 2 — and is awaiting a finished cinematic interpretation of Night Music, the third installment of a series of 25-minute shorts being overseen by Francis Ford Coppola.

Directed by Mitchell Walker, Jackson says he hasn’t seen anything, but he’s read the script.

“It’s a story that centers around a junkyard, and there’s a street kid and an old geezer,” says Jackson. “It’s certainly a different interpretation of the album. I’m hoping it’s something atmospheric. It’s interesting — sort of halfway between a video and a movie, but more collaborative.”

“I’m very interested in the interaction of music and film,” he says. “It’s very rare for any composer to go into a project where the music plays a major role in film. They’re two art forms that can work together. I’m convinced of it.

“I’d love to work with ballet or film or theatre or dance. It would be even better if they’d commission me to write music for it. I’m trying to get the word out.”

Although he’d like Night Music  to be a hit, Joe Jackson said he’s satisfied with the result.

“The best music tends to transcend whatever genre people want to label it under,” says Jackson.