This feature appeared in the late, lamented on-line magazine MAGNET

At an age where some people stop cold in their tracks, take a deep breath and reassess their lives, John Hiatt is just coming into his prime. There’s not a drop of mid-life crisis in his veins. 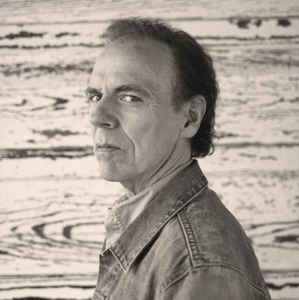 “I really like what I’m doing, ” announces the veteran singer-songwriter, his eyes gleaming with a youthful exuberance that belies his age of 43 years.

“I always like my next batch of songs the best, ” he laughs. “And I always feel like my newest album is my watershed album. I realize I haven’t had that big mega-hit, but I feel really fortunate the way my career has turned out. It’s been very good.”

While Hiatt’s name may still draw some blank stares with the general public, he’s a household name among some impressive peers who have relied on his ringing melodies, incisive lyrics and stylistic proficiency to heighten their own musical profiles.

Some ample royalty cheques have resulted from Bonnie Raitt‘s version of “Thing Called Love;” Joe Cocker‘s “Have A Little Faith In Me” and The Jeff Healey Band‘s “Angel Eyes.” Taking it beyond pop and rock, country music’s Rosanne Cash topped the charts with “The Way We Make A Broken Heart” in 1987 and The Desert Rose Band, Suzy Bogguss and Asleep At The Wheel have all drawn from the impressive well of Hiatt’s catalogue. It also has to be gratifying when blues great Buddy Guy names an album after your song “Feels Like Rain,” or when musicians ranging from funky New Orleans ambassadors The Neville Brothers to the poet laureate himself, Bob Dylan, come knocking at your door. I know that if Mr. Wheezin’-In-The-Wind covered one of MY songs, I’d be repeatedly pinching a sensitive part of my anatomy just to ensure it wasn’t just a dream.

“I’ve never written a song for somebody else,” muses Hiatt as he sips a glass of mineral water in his downtown Toronto hotel suite.

“I’ve been asked to many times, but I’ve never been able. Since I write with some regularity, I’ve always got a batch of songs going. But the few times I’ve been asked to tailor make the songs, the results have been disastrous. I’m just not that kind of writer.

“I think what’s emerged in my career over 20 years is a necessary singer-songwriter kind of fame, which has afforded me quite a bit of flexibility.”

That “flexibility” has also accounted for a dozen albums by the Indiana-born singer-songwriter containing emotional songs about the human condition, including a string of albums that began with 1987’s Bring The Family  that has slowly inched John Hiatt towards the elusive Holy Grail of Stardom many fans feel he’s overdue.

Now with an exceptional new album out on the streets called Walk On  that’s been deservedly earning stellar press, a freshly inked pact with Capitol Records, and a tour that will have him circling the globe over the next two years, will John Hiatt finally break beyond cult status and rake in the millions?

“Well, I’m all for having a new experience. ” 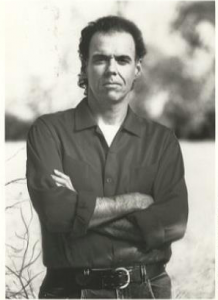 If for some reason it doesn’t happen, he knows he’ll keep doing what he’s done since moving to Nashville at the age of 18, and releasing his debut Hangin’ Around The Observatory  album six years later: sing and write.

But these are happier times for Hiatt all around. He’s got a few acres of century-old farmland, complete with log cabin, just south of Nashville, where he lives with “three kids, a wife, horses, dogs and cats.” Hiatt’s personal stability has never been more harmonious, especially since he went through a horrible time in the mid-1980s when a previous marriage ended up in divorce and eventually his then-wife’s suicide.

Hiatt also suffered the loss of a brother through similar circumstances earlier in his life and has been plagued in the past by alcoholism, obesity and clinical depression.

His admits that his personal problems led to the creation of one of his finest songs, the reassuring “Have A Little Faith In Me.”

“I was a single parent, I had just gone through a marriage which ended in divorce and suicide, and I needed some strength from somewhere,” Hiatt recalls.

“In a weird sort of way, I think it was me singing to myself, ‘You’re all alone, kid. Just hang in there. Things will improve.'”

The healing power of music aside, Hiatt feels his songwriting is better suited to the role of guardian angel in his life.

“I guess it can heal, but I’ve more often had the sense that it’s rescued me. I’ve had this sense that it’s pulled me out whenever I’m in a rut. I’ve struggled with depression — I’ve been diagnosed — but I’ve always felt that everybody walks around on level ground, and I’m in a rut about two feet lower. It’s like the reverse of the old short actor syndrome, when they used to raise the old short actor in the movies a little bit so they didn’t seem so danged low.

“So I always had the sense that songwriting just helps lift me up emotionally.”

Hiatt is also in better spirits about the state of his craftsmanship, worrying less about the technical side of things and just letting his creativity flow.

“I think what’s happening to my writing is that I’m getting a lot looser with it,” he explains. “I’m finding less convention, less discipline and more straight inspiration.”

The raspy-voiced troubadour also relies on spontaneity rather than preparation.

“I don’t write stuff down,” he says. “It just comes. Lyrics are the last thing I write. I never plan what I’m going to say. It’s always, I’ve got a melody, I’ve got chords: now I need to sing something over it. Time to write a lyric. Then it’s just taking a little thread and seeing where it goes. The melody usually takes the lead and suggests some kind of feeling.”

On Walk On, Hiatt’s instincts are irreproachable. From the moment the album kicks into gear with “Cry Love,” a heartbreaking wail of marriage gone bad, Walk On becomes a travelogue that journeys along the streets of humanity. John Hiatt’s world may have its good days and its bad days, but the spirit of survival roosts in every musical nook and cranny. We rejoice in the rootsy rambling philosophy of “You Must Go,” feel the spine-tingling chill of fear of New Orleans at night in “Walk On,” and drown in the melancholy of “The River Knows Your Name.” Then there’s the exhilarating ecstasy of “I Can’t Wait,” and the reassuring warmth of “Your Love Is My Rest.”

For laughs, “Ethylene” is a deliriously goofy love song designed from a stop Hiatt once made in Missouri.

“I saw the name on a road sign in Missouri,” recalls Hiatt. “There was this two mile stretch of road, and Ethylene was the name of the wife of the couple who had adopted this stretch of highway. The song was a combination of a few situations. I remember going to a gas station, and this guy was asking me questions, and running me through the wringer.

“In this gas station, there were a bunch of stuffed heads of hunting trophies, and he mentioned that he and his wife bowhunt. He says, ‘Oh, my wife’s a better bowhunter than I am. She can bag her limit.’ I thought it was a great saying, so that found its way into the song.

Hiatt says song characters such as “Ethylene” and the mysterious Jimmy in “Wrote It Down And Burned It” are often composite characters drawn from unrelated situations and individuals.

“It’s not so much that I get an impression of the person, but it’s more like they’re a shard or a remnant that says something. I’ll overhear a conversation in a restaurant, or a turn of phrase that’ll catch my ear. My first reaction will be, ‘Am I in The Twilight Zone?’ It’s something that just jogs you out of your own reality.”

Why the name Walk On?

“Well, I had to name the record something,” he laughs. “I just sort of cheated and named it after the song. I picked Walk On  just because it was something in motion. A lot of songs were written on the road during the last tour, and there’s a sense of transition, that you have to walk on.”

John Hiatt’s boots will be doing a lot of walking over the next couple of months, as he performs throughout North America and Europe, with tentative stops in Australia, New Zealand and Japan also pending. There’s also talk about reuniting Little Village — the supergroup including Hiatt, Ry Cooder, Nick Lowe and Jim Keltner — for an album, although that won’t happen for a few years.

As for the previous tour that sparked the majority of songs for Walk On, it also yielded his final album for A&M: a live set loftily entitled John Hiatt Comes Alive At Budokan.

Get it? Frampton Comes Alive? Cheap Trick Live At Budokan?

“I’m glad you got the joke,” he chuckles. “You wouldn’t believe the number of people that come up to me and go, ‘John, I don’t see any Budokans listed in the credits. And why are you wearing that karate outfit?’

“As to why I called it Comes Alive At Budokan, I figured: Why be modest with our expectations?”