NEED TO KNOW: Shania Twain at the Canadian Country Music Awards, at Hamilton Place, 9 p.m. Tonight. Sold out. Tune into CTV at 9 p.m. 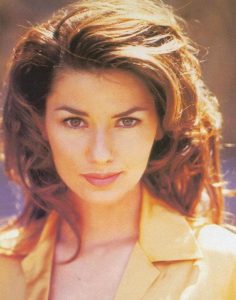 Beneath the glamorous exterior of Shania Twain beats the heart of a survivor. The 29-year-old Windsor-born singing and songwriting sensation, who leads the pack at Hamilton Place tonight with seven Canadian Country Music Award nominations, is savoring the spotlight thanks to the spectacular success of her sophomore album, The Woman In Me.

The recording is entering its tenth straight week at #1 on the Billboard Top Country Albums Chart, has sold over two million copies in the U.S. — 300,000 here in Canada — and spawned the snappy chart-topping hits “Any Man Of Mine” and “Whose Bed Have Your Boots Been Under,” as well as the sensual ballad “The Woman In Me (Needs The Man In You.)”

It is the stuff of which dreams are made. Nine years ago, however, Shania Twain — who is also nominated for the American Country Music Association Awards, to be presented in Nashville October 5 — was almost forced to quit music after suffering a family tragedy.

At the age of 21, the Timmins-raised Twain was splitting her time between summers as a foreman at her father’s reforestation business in the North Ontario bush and winters singing in nightclubs when disaster struck: her parents died in an auto accident.

Suddenly, the grieving singer was entrusted with the responsibility of caring for her younger sister and two brothers.

“I was just going to give up music,” Twain recalled. “I thought, my family comes first. I have to take care of them. I had to do whatever it took to keep my family together. That was a pretty definite decision. I didn’t even think of my future.”

Fortunately, Twain landed a job singing at The Deerhurst Inn in Muskoka, and then persuaded her younger siblings to make the move from Timmins.

“The first house we moved into had no water,” she laughs. “I didn’t know that. I couldn’t afford a place in town, and I wanted to be out in the bush anyway. I found this place in the country, so we ended up taking big coolers down to the Big East River in the truck to get our water. I even used to do laundry there. It was terrible. But we stayed there six months.

“There were no locks on the doors. I couldn’t afford curtains. I got all my furniture from Deerhurst. I bought it at an auction.”

Securing jobs at the resort as busboys for her two brothers, Twain eventually saved up enough money to buy a house of her own.

“It had lights, electricity and water,” she chuckles.

While she acknowledges sacrifices she made to keep the family together, Twain refuses to take credit for what some would deem incredible inner strength.

“It was very difficult,” she says. “You’re just strong. You don’t take credit for anything like that, because when you have to, you have to. That’s what I did. My older sister had children at the time, so she had her own problems, and my younger sister and my two younger brothers came to me.

“I’m lucky I got the job at Deerhurst, because it was music. I didn’t know where I was going to go from there.” 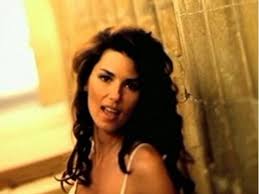 Today Shania Twain is surprisingly candid about her parents’ fate.

“It’s not difficult to talk about,” she admits. “I believe you go somewhere after you die, so I don’t have any fear that way for myself or anybody else. I think it’s a better place to go. The sad part is that it’s not with me. That’s the only sad part about death — the finality of the relationship. Moving on to other things is just the life cycle.

“In that way, I feel healthy with it emotionally. But I think about them all the time.”

Twain also credits her parents for pushing her towards singing — particularly her mother Sharon.

“I remember being put up on a countertop by my mother when I was 3,” Twain recalls. “I would always sing out loud to the jukebox. So I got up a couple of times on the countertop, and I’d sing to people in the restaurant. Those were the earliest performances I’d ever done.

“When I was 6 years old, I got up in front of my class and I sang ” (Take Me Home) Country Roads.” When I was 8 years old, I was actually a professional. I was doing telethons, little fairs and country shows locally, but I was getting paid and I was working. I had quite the little country music career on the go.”

As she grew older, her $25 and $50 paycheques grew bigger. She ran into another obstacle when she hit 11, due to Ontario’s stringent liquor laws.

“By the time I was 11, I actually had a permit that allowed me to perform in a liquor premises underage,” remembers Shania. “I don’t know how my parents worked that out, but because I was always in the clubs on the weekends singing, the club owners started saying, `We can’t allow this anymore. We’re gonna get in trouble.’

“So my parents somehow managed to get me a liquor licence. It was a little piece of paper allowed me to perform in clubs, and I had to leave as soon as my set was over. Then I started traveling quite a bit — back and forth from Toronto to Sudbury and area, all over Northern Ontario.”

Shyness was another Twain trait forcibly cured by her parents.

“I hated performing,” Twain reveals. “I just wanted to sing in my room. I didn’t care if anyone ever heard me. But my parents made me do it publicly. And there were times where I hated them for that. I didn’t want to go public.

“But I wouldn’t have been able to make a profession out of this if my parents hadn’t forced me. I’d still be singing in my bedroom. I’m glad that I’m this, because now I get to work at something I love. It paid off in the end.”

Eventually, Twain’s siblings grew up and moved away from the nest, and the singer decided to come full circle to her first love — country music — when it came to pursuing a recording contract.

After spending three years at Deerhurst refining her performance skills, she called her friend Mary Bailey — who later became her manager — and Bailey arranged for a high-powered Nashville lawyer, Dick Frank, to come up to Deerhurst. Knocked out by Twain’s performance, Frank arranged the recording of a demo that was eventually passed to Mercury Nashville president Harold Shedd, who offered her a recording contract.

After the moderate success of her self-titled debut, life look a turn for the better when Twain met her future husband, noted songwriter and record producer Robert John “Mutt” Lange, at Nashville’s Fan Fair in 1993.

“When I met Mutt, it just hit me like a ton of bricks!” Twain recalls.

“And him too! Our whole lives screamed to a halt. Every song that’s written about love — that’s us. We’re the same old cliché.”

Twain and Lange married later that year at Deerhurst, and continued their equal partnership in the studio. They co-wrote and recorded The Woman In Me, while Lange — who counts Bryan Adams and Michael Bolton as friends and clients — produced.

“All the songs on The Woman In Me were written when we met, fell in love, married, and even after we were married,” says Twain. “We were writing from the week after we met, from when we were phone friends, to the week before we went into the studio.”

So how does the romantic chemistry translate creatively?

“He knows my voice exceptionally well, and he insists that we write melodies that really show my voice off,” says Shania. “He also has great quality control – he knows when it’s finished. And he brings a lot of musical ideas to our writing.

“I think I bring a more technical side. I make sure the story is complete, and I bring most of the titles in. I contribute a lot of the melodies, because he insists that the melody is written around my voice. So we really work well together.”

They’ll reprise their teamwork this Fall, as Twain has decided to forego touring in order to begin writing for the new album. You probably won’t see her on the road before mid-1996 at the earliest.

“Hits don’t grow on trees,” she states. ” They take a lot of time and effort. I can’t do that when I’m on the road.

I think the reason that this album was successful is because it was original, and we had the chance to make it real. It’s much more pure, because it’s just the two of us, and I want to keep it that way. It’s a unique situation, so I’m not going to do the norm. I’m not going to just go out on the road like anybody else.”