Judged solely on his string of No. 1 albums, Jay-Z

has accomplished the unexpected: he’s become

Nick Krewen
Special to the Star,
Published on Fri Oct 30 2009

Judged solely on his string of No. 1 albums, Jay-Z has accomplished the unexpected: he’s become bigger than Elvis.

With the Sept. 11 arrival of The Blueprint 3, Brooklyn-born rapper Shawn Carter scored his 11th straight chart-topper on the Billboard 200 retail charts, surpassing the King’s total and establishing a record for solo acts for most No. 1 albums in history.

With 19 chart-toppers to their credit, The Beatles claim overall supremacy.

To reach the exclusive 11 club, Jay-Z eclipsed such superstar sexagenarians as Elton John, the Rolling Stones, Barbra Streisand, Led Zeppelin and, at 60, the relative baby of the bunch, Bruce Springsteen.

In fairness, Jay-Z’s accomplishment may have more to do with changing times than actual sales numbers. 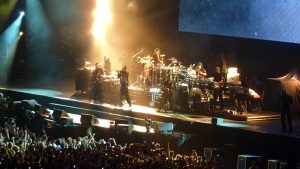 According to figures provided by music industry retail tracking system Nielsen SoundScan, the multiple Grammy winner’s sales are substantial, but well below those of his chart-topping peers: 27 million albums sold south of the border and 964,000 here in Canada, with digital songs adding another 245,000 in sales here and 6.5 million in the U.S. With an additional 30 to 50 years of exposure on their side, the aforementioned artists can claim sales that double, triple and even quadruple Jay-Z’s tally.

Still, a younger generation armed with more disposable income than ever is making its collective voice heard, says Will Strickland, president of the Urban Music Association of Canada.

“Whereas in the ’80s rap used to mimic pop culture, today it is pop culture,” says Strickland. “Regardless of the era or timing, when you’re good, you’re good.”

He notes that in this era of fickle tastes, Jay-Z has learned to give the public what they want, when they want it. “Everything is fast food now,” Strickland observes. “The other artists benefited from a slow burn.”

So is Jay-Z’s statistical vault past Presley really that impressive? “It’s an amazing feat,” Strickland says. “Rap is a young man or young woman’s game. To have a rap artist accomplish this when their careers usually have the longevity and lifespan of mosquitoes – and adding the fact that Jay-Z has accomplished this in just 15 years – speaks to the prolific nature of his recordings.

“There are not a lot of rappers who are still relevant in their 40s.”

But Strickland has a point. The artist, who’s scheduled to play the Air Canada Centre on Halloween (with a top ticket price of $175), has managed to ascend to pop music royalty on the wings of a genre known for its finite careers.

Through 13 studio albums of seasoned, futurist and street-savvy observations that began with 1996’s Reasonable Doubt, includes a trio of Blueprint projects and was interrupted in 2003 by a two-year self-imposed retirement, Jay-Z seems to be unstoppable, even attaining his latest pinnacle in the glaring absence of another stat.

“It’s crazy – he’s never had a No. 1 single,” notes Ashton (Famous) Bishop, the 25-year-old Toronto rapper who’s looking to stake his own claim on the international hip-hop scene.

Rappers come and go, but what makes Jay-Z so consistent? “He’s always … in touch with the times,” Famous says. “He just set out The Blueprint 3, and now every hip-hop song in the next two years is going to sound like him. He’s a trendsetter.”

Adds UMAC’s Strickland, “When Jay-Z says it, he’s E.F. Hutton – everyone follows his words. He name-drops products in his songs and it impacts sales. When a rapper of influence affects the purchase of luxury items, it’s no longer a niche thing.”